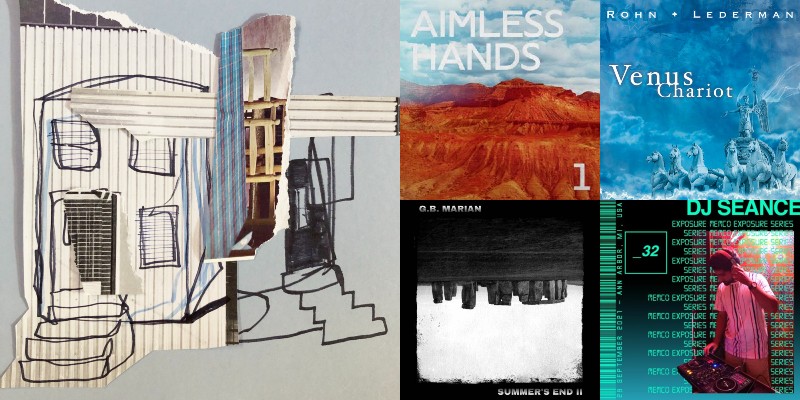 DJ Seance, Exposure Mix 032
I've been sick for most of this week and it hurts to move. But it HURT SO GOOD to move to this uplifting mix of house jams by Michigan Electronic Music Collective (MEMCO) member DJ Seance.

G.B. Marian, I Believe and Summer's End II
If you've ever thought, "There isn't enough music out there inspired by the Egyptian god Set," then Ypsilanti's G.B. Marian is ready to fill that void. His two latest full-length albums of dark ambient and industrial musings are accomplished and textured—and more than a bit spooky.

Sean Curtis Patrick, Aimless Hands Radio Hour - No. 1 - August 2021 and Aimless Hands Radio Hour - No. 2 - September 2021
If you're a fan of Sean Curtis Patrick's ambient music—and you should be because it's beautiful—you now have more ways to listen to it than just Bandcamp: The Ann Arbor polymath finally released many of his albums to the various streaming services, often with extra material. He also made these two hip-hop-infused mixes available on Mixcloud that are most def worth your time.

Fred Thomas, Sink Like A Symphony Demos
This was a nice surprise on the latest Bandcamp Friday, where all proceeds go to the artist: Ypsilanti's Fred Thomas put up the demos for his great 2006 indie-rock album Sink Like a Symphony. Thomas wrote on Twitter, "WTF they're so much better than the record!!!" That's debatable, but I must say, the demo of "Fire" is pure <flame emoji>.