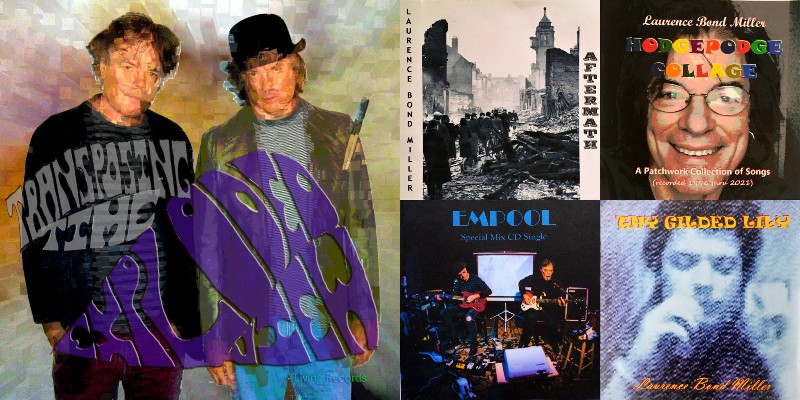 Laurence Bond Miller, Aftermath
These 13 songs were recorded between 1990-1996 but just saw the light in November 2021. Musically, it slots next to the lo-fi power-pop vibe of the aforementioned Hodgepodge Collage.

Laurence Bond Miller, The Gilded Lily
Miller has been in at least 20 bands, and the music on The Gilded Lily was written for The Empty Set, a new-wave-leaning band that played between 1985-1992.

Empool, Special Mix CD Single
Empool was a art-rock band Laurence and brother Benjamin had in the mid-1970s that ended up morphing into glam-horror-punks Destroy All Monsters. The duo reformed in 2018 and put out these two brief, noisy songs in November 2021.

Exploded View, Transposing Time
This is another experimental duo by Laurence and Benjamin, recorded in a basement in 2014 when the project first formed. A year later, the Millers went into the local Big Sky Recording and recorded a full-length LP, Galavan, which is finally set for released by Living Records in March 2022.