Out of the "Shadows": Jazz vocalist Olivia Van Goor explores lesser-known songs on her debut EP and returns to Blue LLama 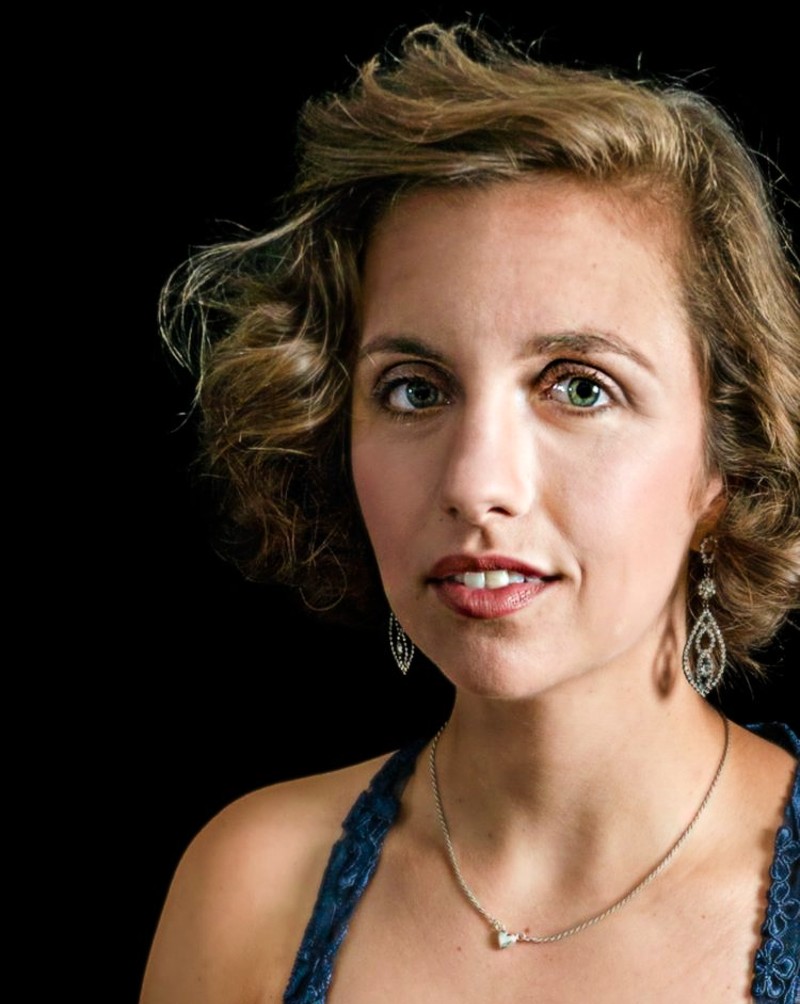 For her debut EP, When The Shadows Fall, Milford jazz vocalist Olivia Van Goor unearthed and reshaped five hidden gems from the Great American Songbook and beyond.

“None of them are any of the classic standards like ‘Fly Me to the Moon,'" Van Goor said. "I intentionally chose standards that most professional working jazz musicians know, but not all of them. The two that are standards are ‘Willow Weep for Me’ and ‘No Moon at All. ... I did the Detroit Jazz Workshop two years in a row, and the first time I sang ‘Willow Weep for Me,’ and the second time I did ‘No Moon at All.’ I picked my milestone moments with learning the music.”

Those milestone moments also serve as a timeless journey through a spectrum of emotions ranging from hope to heartbreak. Each When The Shadows Fall track waltzes, swings, and bops from one era to the next.

“I was really inspired by Veronica Swift, and she’s one of the best jazz vocalists of the time right now," Van Goor said. "On her last album, she took some musical theater songs that haven’t been taken by any of the legends and turned into standards and did them in that format.

“If you listen to an old recording of ‘Shadow Waltz,’ you’ll notice the style is completely different (from my version). I arranged all of the songs, and that’s my biggest originality to it, except I wrote the lyrics to ‘Hershey Bar.’”

The Olivia Van Goor Quartet will return to Ann Arbor’s Blue LLama Jazz Club on Feb. 18 July 30 and will perform songs from When The Shadows Fall as well as some past and new tunes.

“I try to pull from current composers who compose in a standard kind of format and especially from women who write. There are these two vocalists, Jazzmeia Horn and Caity Gyorgy, and I love their compositions,” Van Goor said. “It’s still swing, it’s still improv, and it’s still those same kind of harmonic movements that people recognize if they’re jazz lovers.”

Van Goor opens When The Shadows Fall with the soothing, piano-centric ballad “Shadow Waltz” and she seamlessly shifts between soulful scats and smooth vocals while singing, “In the shadows let me come and sing to you / Let me dream a song that I can bring to you / Take me in your arms and let me cling to you / Let me linger long, let me live my song.”

“For ‘Shadow Waltz,’ that is a song from the musical 42nd Street, and I sang it in high school. That was one of three musicals I did, and it’s about showbiz stuff,” said Van Goor, who grew up in Hudson, Ohio.

“I don’t do ‘Shadow Waltz’ very much when I do small gigs, like a duo gig, because it’s a fairly involved arrangement. I have a couple of big band gigs coming up, and I’m really excited to sing that song because I think it has a lot of opportunity for me right now.”

Van Goor continues to demonstrate her jazzy prowess on the delectable toe-tapper, “Hershey Bar,” as a jubilant quartet of piano, bass, drums, and saxophone sashay alongside her. It’s an instant sonic fix for hopeless romantics and self-identified chocoholics.

Interspersed with spirited scats, she sings, “I think about you, and I melt like a candy bar / Softer on the inside, break past the chocolate shell / And I am all yours, completely and entirely so.”

“That is a tune from 1950, and it’s a Johnny Mandel composition for the Stan Getz Quartet. It’s an instrumental bebop tune that one of my idols, Anita O’Day, sang on an album. She just did scat syllables,” Van Goor said.

“I’m also addicted to chocolate. And not only do I love the tune, but it’s so catchy, and what a funny title. It wasn’t used for anything with The Hershey Company.”

In addition to confectionary songs, Van Goor finds comfort in the wistful reflections of “Willow Weep for Me,” which provides a warm embrace of piano, drums, and bass.

She sings, “Weeping willow tree, weep in sympathy / Bend your branches down along the ground and cover me / When the shadows fall, bend, oh willow, and weep for me.”

“I took [the EP] title from ‘Willow Weep for Me,’ and there’s a line that says, ‘When the shadows fall.’ I love when musicians use lyrics from one of the songs that are not a song title as the album [name],” Van Goor said. “I love the fact that ‘Willow Weep for Me’ can sound really sad, angry, emotional, or sassy. It also sounds demanding, but at the same time, it’s obviously a heartbreak of some kind.”

Van Goor recorded “Willow Weep for Me” and the other tracks for When The Shadows Fall in July. She worked with The Sound Shop’s Josh Ford, Longview Sound’s Mark Byerly, and collaborators William Marshall Bennett (piano), Samuel Chase Harris (bass), Eliza Salem (drums), and Sami Blosser (saxophone) to shape the album’s enchanting sound.

“Will and I love the same styles, the traditional stuff, the bebop, the more modern stuff, the new stuff, and everything in between. He’s so knowledgeable that he would learn any song and would give me songs to learn,” she said.

“Sam loves listening to vocalists, and he loves the tradition just as much as I do. He’s mostly an upright bass player, and I knew I wanted that. He’s literally in the middle of the band and always communicates between the rhythm section and everyone else.”

Van Goor started embarking on her jazz journey at Hudson High School in Hudson, Ohio. She landed a supporting lead role in a school production of Thoroughly Modern Millie and sang in choir and jazz band.

“There were three standards that I learned with the band, ‘The Nearness of You,’ ‘God Bless the Child,’ and ‘On the Sunny Side of the Street.’ Those are three that I still sing a lot, and I’m so grateful for that because I’ll never forget those tunes,” said Van Goor, who also learned piano as a child.

“I would drive from Milford to downtown Detroit for a couple hours and take different classes run by different teachers and then do a vocalist workshop. That’s where I found out that I actually knew more than I thought,” said Van Goor, who relocated with her family to Michigan in 2017.

“And then the pandemic happened, so I thought, ‘I’m just going to study my butt off.’ During the entire pandemic, it was literally like frying my brain with knowledge. It was almost like I put myself through a jazz program,” Van Goor said.

Looking ahead, Van Goor wants to focus more on live shows before recording another project.

“I’m gonna try to see how far this EP will take me. I could schedule some studio time, but I don’t want to rush through it," she said. "I want to see if it will help me to make some more connections that will make it easier for me to record."