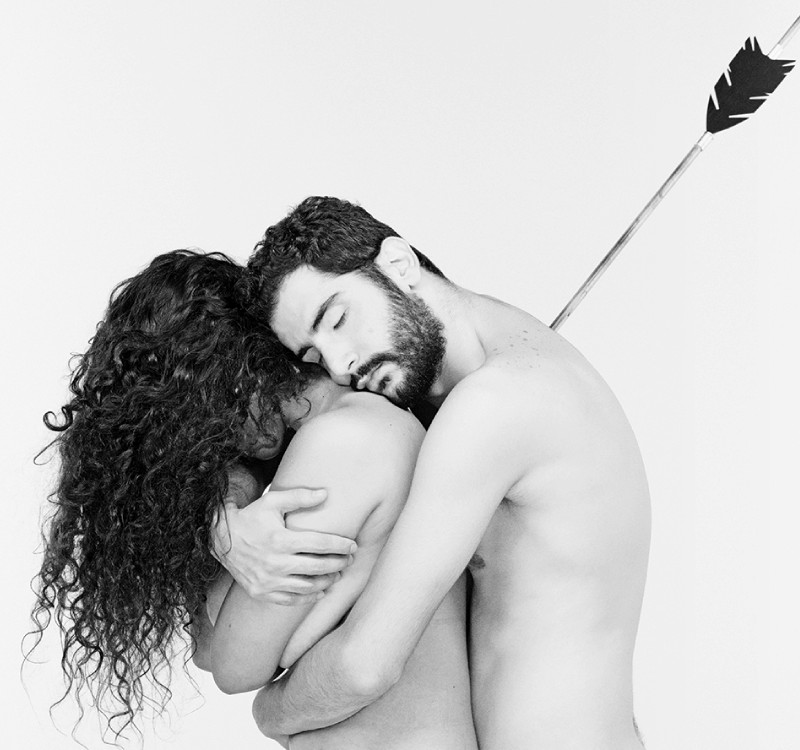 A co-presentation of UMS and the Arab American National Museum, Layl (Night) is the first part of a trilogy by Lebanese choreographer Chahrour, and it draws inspiration from Arabic stories, legends, and poems relating to love. There are references to tales from the cultural memory of the Levant and Mesopotamia about the fate of lovers who challenged social and religious systems, only to be punished by separation. Chahrour was born in Beirut and studied theater in dance both there and in various schools in Europe, creating a language inspired by Arab myths and by the political, social, and religious context of his country.

The centerpiece of the dance concert was the recitation of a series of poems by Hala Omran, which began (English translation), "It’s a show about the fatal struggle of lovers struck by distance and parting / Its dancers are lovers who have refused to let separation dry their tears / Its musicians have shared a passion and live in the hope of a new encounter,” which set the audience in relation to the dancers, and the musicians on stage. As Hala continued to speak, those with instruments slowly started to play quietly alongside. Aya Metwalli, one of the dancers, as well as a singer and guitarist in the show, began to vocalize with the poem. Throughout the entire performance, the interaction between Hala and Aya was always potent, with Hala’s more intense performance and recitation of the poems contrasting Aya’s soft vocals, which brought the performance to an angelic level.

The performance followed a dance between Ali and Aya primarily, with guidance by Hala, like some outside force. The band's accompaniment was sometimes almost silent and sometimes filled the room with noise from the guitar, drums, and the yelling of the poem.

The performance's ending brought together all the disparate elements that comprise Layl (Night), from the abstract and broad to the emotional and personal—all while being visually stunning. Slowly, each of the dancers fell to the ground, representing death, and each of the band members did the same. Sharif laid on the ground still playing his guitar, and Hala was held up by Ali and Aya. First, she hovered above Sharif and then they slowly lowered her onto him. Hala's hair covered his guitar, and Sharif continued to play, allowing her to morph the sound.

As each person lay on the ground, Ali brought all of the stage design to the floor with them, from the drum set lying around the drummer to the tall lights he brought down to surround them. Hala was dragged to the front of the stage, where Ali and Aya brought the dead bouquet of flowers to her, and slowly started taking apart the bouquet and decorating Hala with it: flowers in her hair, covering her eyes, a flower in her mouth, all over her body.

The moment brought me back to one of my favorite parts of the poem: “I only want to see you / and see nothing else / my lashes would flutter at the sweetness of seeing you” where Hala represents this moment, of loss of a lover, where there seems to be nothing left for her in the world.