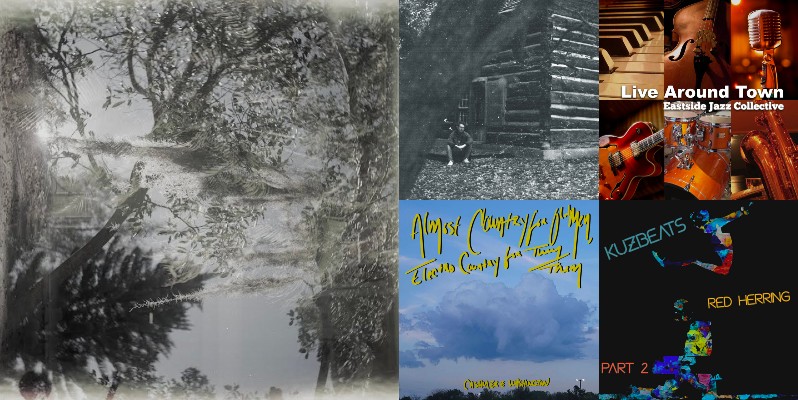 Lily Talmers, "My Mortal Wound"
This University of Michigan grad and terriffic singer-songwriter recently moved to Brooklyn, but not before finishing her forthcoming double album that is "upwards of 20 songs," Talmers told me in an email. The nearly six-and-a-half-minute first single, "My Mortal Wound," has the same sort of deeply emotional weight as the tunes heard on her 2021 debut LP, Remember Me as Holy, which I raved about here. "So my project now is figuring out how the songs will be organized and released—we're still in process with shopping it around to labels," Talmers wrote. "This record was more extensive in terms of collaborators—primarily I worked with Geoff Brown as the sound engineer and co-producer, along with Kate Derringer, who also engineered and is mastering the record, and with instrumentalists David Ward (drums), Aidan Cafferty (upright bass), Ian Eylanbekov (guitar), and Ben Green (trumpet). Everyone involved made significant contributions to arrangement and production on the record, and a few tunes also feature a string quartet with arrangements written by Ben Green." There's a video for "My Mortal Wound" that will be released soon that feels like a goodbye to Ann Arbor and Michigan, but quelle dommage, Brooklyn—you have enough talented musicians, so we'll continue to claim her as our own.

Cashmere Washington, Almost Country For Old Men, Electro Country For They/Them
Soul and shoegaze with a dash of emo—that's the Cashmere Washington recipe, one that continues to be refined on their excellent new six-song mini-LP. Head over to The Stratton Setlist for an interview with the Ypsi-based Washington about making the EP and the first single, "Life Is." Stratton also interviewed them for Pulp for Washington's first EP, The Shape of Things to Come.

Oren Levin, Gold Rush Kid
I first heard that Ann Arbor singer-songwriter Oren Levin was going to release an album called Gold Rush Kid back in May 2021 when I wrote about "Prove," the record's first single. Well, it's finally here, and it's worth the wait for fans of Ed Sheeran and Jack Johnson. Nobody would blink an eye if someone slotted these tunes on the playlist for Ann Arbor station 107.1-FM.