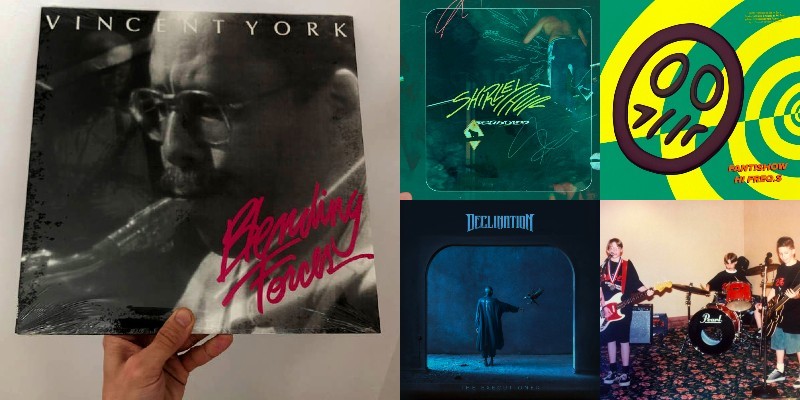 Seaholm, "Shirley Temples" / "Hurricanrana" and "Weatherman"
If the band name Into It. Over It. means anything to you, then Ann Arbor emo band Seaholm will be your new favorite local band. The trio mixes passionate vocals, catchy guitar leads, and plenty of effects-pedal stomps to get your brittle heart racing.

Fantishow, Hi Freq.s
The 12 tracks on Fanitshow's new album are flashbacks to the early days of acid house and techno—by design. The Ann Arbor producer—aka Nathan Wheeler—specifically used sounds from records he had collected from that era, and Hi Freq.s is an excellent hommage to the roots of modern dance music. Additionally, Wheeler is an animator and he strung together a fab megamix with trippy visuals here.

Visual Purple, Visual Purple
It's a familiar story: young people form a band, give it a go for a couple of years, then break up before releasing any material. In the case of Canton, Michigan, trio Visual Purple, the musicians were 11 years old. These six lo-fi songs, recorded in 1996 by vocalist-guitarist Kevin McGorey's dad, Chris, are described by Ann Arbor-founded label Ginkgo Records as "Guided By Voices if they were fronted by an 11-year-old boy." Three chords and the prepubescent truth.