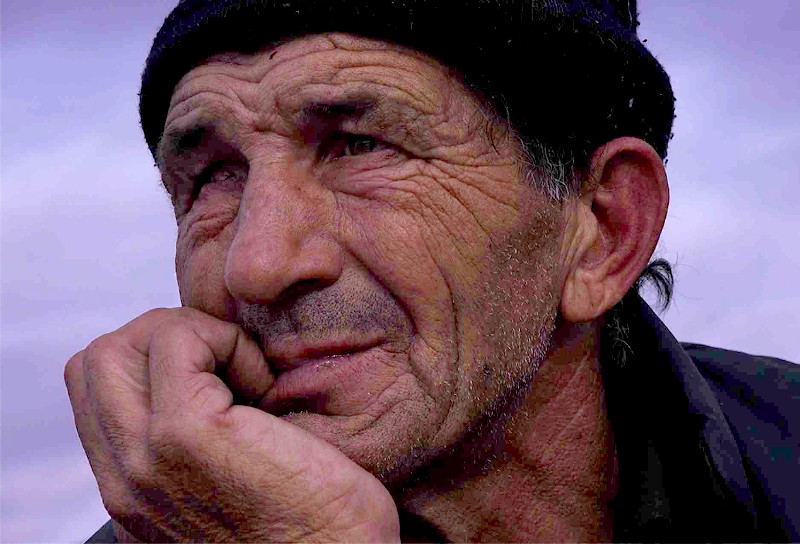 It must have become clear to Pavlovic while shooting Zdravko that there was a connection between the two men. The film breaks away from Zdravko’s story to broken bits of film showing street scenes, family scenes, and raging electrical storms. These are visual equivalents to Pavlovic’s stutter and the poetic imagery the director invokes in speaking of his family, his youth and his struggles with his speech impairment. As Zdravko suffers from his past, Pavlovic struggles with the stutter that has robbed him of his native tongue. He speaks mostly in slow, measured English.

We watch as Zdravko proudly demonstrates his fishing skills as well as his love of nature and the open skies. He has been on the lookout for a herd of horses that he hasn’t seen since they were moved off the island.

“The war affected me psychologically and the island saved me,” he tells Pavlovic. “It’s all good.”

The two men banter. The older man teaches the young filmmaker how to fish, how to navigate a boat through shallow water, and how to accept what life has given him.

The current situation in Ukraine comes immediately to mind when Zdravko says, “Damned is the man who has to go to war. You start out a normal person and you become a murderer.”

This is not a movie about despair. It’s about small triumphs. Zdravko makes some changes that might make it easier to live with others. Pavlovic learns from his friend that despite all of life's burdens, “It’s all good.”

"Looking for Horses" will screen in competition at the Ann Arbor Film Festival on March 24 at 5 pm at the Michigan Theater, or online starting March 22 at 6 p.m. Tickets are available here. Visit aafilmfest.org for the full schedule (March 22-27).