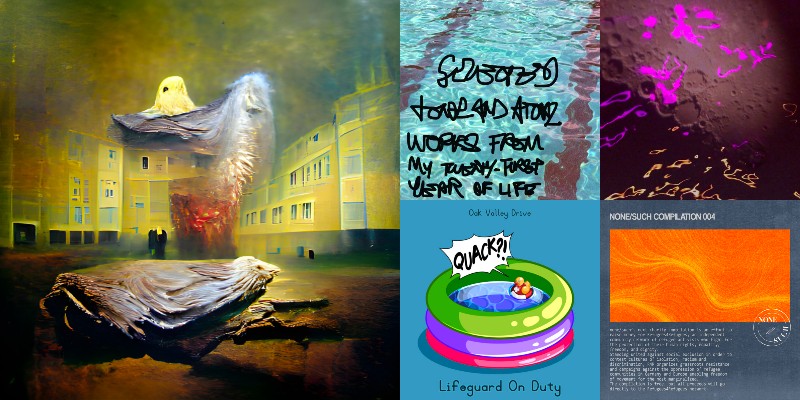 This week features ambient works from Gray Scott and Paper Petals, emo-pop from Oak Valley Drive, and electronica by Price along with a compilation by the none/such label.

Gray Scot, New Moon Meditation
Gray Scot is the alter ego of Ypsi singer-songwriter Mary Fraser (Child Sleep), and the 27-minute New Moon Meditation was improvised and recorded for the new lunar cycle. Sleep music of the finest kind. If you enjoy this minimalist bliss with visuals, Fraser made a video as well. And if you really, really enjoy this type of music with visuals AND being around other relaxing people, the Michigan Electronic Music Collective (MEMCO) is presenting A Journey Into Sound, a live event with all of those things on March 20, 7 pm, in the basement of the University of Michigan's Trotter Multicultural Center. As far I know, Gray Scot will not be performing there, but maybe DJs Llit and Bakebasha along with visual curator Richard Huang might put some New Moon Meditation in the mix.

Paper Petals, A Study in Time and Promethean Resonance
Ann Arbor artist Paper Petals also works in the ethereal realm, but these two albums lean more into the industrial and menacing side of ambient music. Recommended for fans of Zoviet France and the like.

Price, DJ Ralf, DJ Insider Trading, Selected Tonal and Atonal Works From my Twenty-First Year of Life
Everyone listed as an artist on this record is a nom de plume of a single Ann Arbor musician who expertly plays around all kinds of electronic music, from ambient and modular to techno and house. Price also did an anthology to celebrate his 20th birthday.

Various Artists, Compilation 004 by none/such
The none/such label was launched in Ann Arbor and now has its roots in New York City and Germany. The electronic-music collective's latest compilation is another benefit record, this time to raise funds for Refugees4Refugees. It's like flipping through every genre of electronic music—in the best possible way.