Just Want You to Know Who I Am: Ann Arbor indie-rocker Ceolsige introduces herself to the world on self-titled debut EP 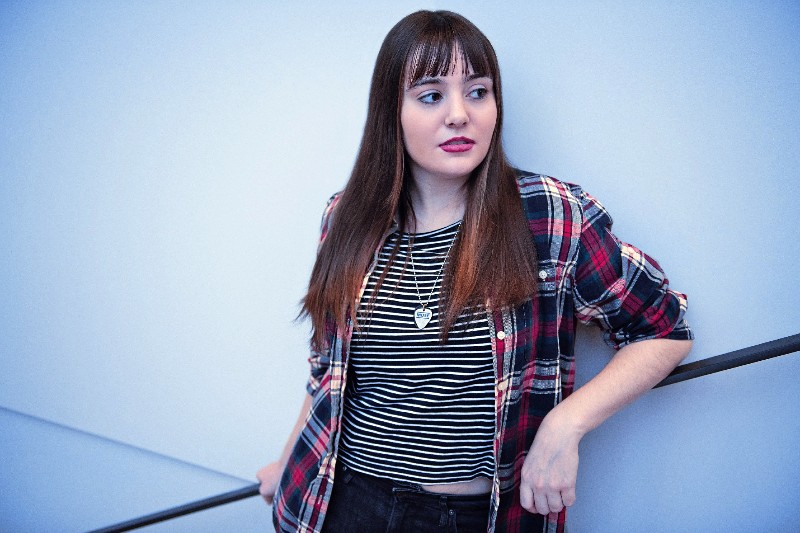 Ceolsige just wants to introduce herself.

“Right now, with my music, all I’m trying to do is just let people know who I am," said Ann Arbor indie-rock singer-songwriter Kelsey Detering, who just released her debut EP under the artist moniker Ceolsige (pronounced see-ole-sidge), the old English variant of her first name.

"Especially, with this EP, I’m not trying to give any specific take on myself or anything. This is a taste of everything about me in one little package. I’m giving people that so they’ll know who I am as an artist. ‘Ceolsige’ is still me, that’s why I chose it. I don’t overthink my identity that much; I just do what feels right.”

“What comes across a lot of my music right now is uncertainty … because of the age I’m at and time going by. I’m like, ‘OK, what’s gonna happen in my life? Am I gonna meet someone? Am I gonna enjoy things? Are we gonna fix this broken world? Are we going to improve things?” said Detering, a University of Michigan alumna and Ann Arbor School of Rock vocal/piano instructor.

“That gets played up more in people’s minds now, especially because uncertainty in life is heightened everywhere and all the time. I’ve picked up even more on that now.”

Ceolsige thoughtfully examines that uncertainty on “Come on Over,” a take-charge rock anthem that squashes self-doubt and encourages connecting with the right person.

Supersized guitars, bass, and drums empower her as she sings, “Now the night is near its end / I keep throwing my glances to you / Cause our time is running out / For you to make your way over to me.”

“It’s about good old social anxiety. It’s when you see someone or meet someone, and you’re like, ‘Oh, I want to talk to that person, but should I really do that?’” Detering said. “Since I’ve written that song, I’ve changed a bit in that I tend to go for things more now than the Kelsey who wrote that song.”

“Come on Over” also features an Ann Arbor-centric video directed by Santiago Bukovsky. It spotlights Ceolsige and actor Nour Sanif strolling along Liberty Street as they encounter The Dawn Treader Book Shop, Graffiti Alley, and a nearby parking deck.

“It was not something I was planning on doing, but the director, Santiago Bukovsky, he just contacted me out of the blue. He was like, ‘I’m an aspiring filmmaker, and I’m looking to direct a music video, and I came across yours. Can I direct your music video for free?’” Detering said.

“I was like, ‘Sure, let’s meet for coffee and see if we see eye-to-eye with things.’ He showed me a little bit of his work, and I really liked what he had done. I said, ‘Yeah, let’s do it.’”

After examining her personal “Come on Over” encounter, Ceolsige deeply analyzes the nation’s growing ambivalence to gun violence and school shootings on the passionate ballad “World on Fire.”

A haunting symphony of electric guitars, bass, drums, and cymbals echoes her anger and frustration as she sings:

Now the fire’s growing stronger
Destroying and tearing down all that enters its path
Backs turned, they cash in their paychecks
But how many have to die before they notice the flames
Notice the flames

“It makes me so sick how we have all these elected officials who care more about fighting each other and not protecting our kids. They just want to get their money and their lobbyists’ money and all that, and they don’t actually care about people literally dying,” Detering said.

“I’m trying to give vindication and catharsis to people who feel the way I do. You’re so frustrated that you just want to scream into a pillow, like you just can’t hold it in anymore. By listening to my song, I’m hoping that people who understand and feel the same way can experience that and be like, ‘Oh my God, yes, just release all the energy.’” 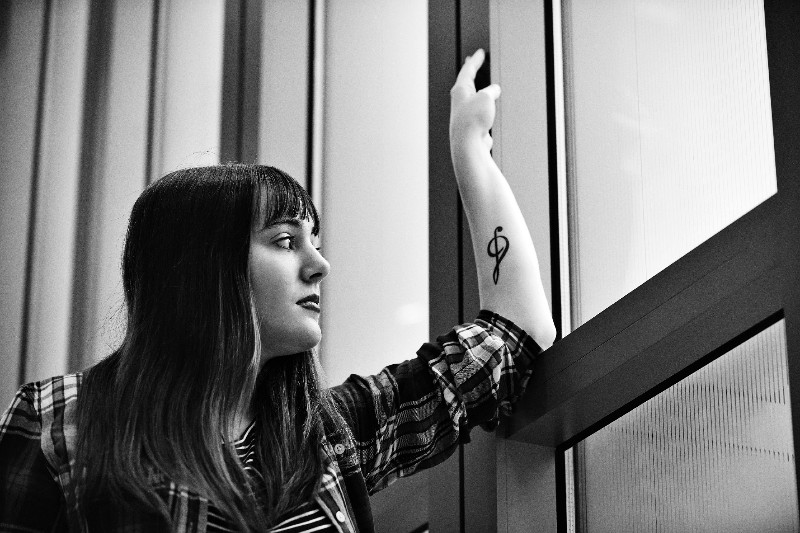 Ceolsige first conjured creative energy for the EP while attending the University of Michigan, penning “World on Fire” and “Come on Over” there, while “The Wait,” a soul-searching love anthem, and “Sundown,” the EP’s anti-stagnation closer, came later.

Once the pandemic subsided, they continued recording at DuPont’s home studio and remixed and remastered “Come on Over” and “The Wait” for the EP. Both tracks had been previously released as singles in 2018 and 2019, respectively.

“I had a lot of ideas of how I wanted it to sound, but I’m not very well-versed in [recording software] Logic Pro. I’d have an idea, but I’d be like, ‘I have no idea how to do this, but can we do it?’ And Chris would actually be the hands and would make it happen. It was little things that Chris would come up with, like the gated drums on ‘Sundown,’” said Detering, who’s inspired by The Beatles, INXS, Goo Goo Dolls, and Muse.

“Billy came up with things I never would have thought of, and he made it look so easy. He’d be like, ‘What if for ‘World on Fire,’ we just added this marching snare?’ And I was like, ‘Oh my God, I didn’t even know I needed that, but it’s perfect.’”

Ceolsige will get further chances to introduce herself as well as a new collection of songs with several upcoming concerts: June 14 at Ann Arbor Summer Festival: Top of the Park, June 23 at Chelsea Sounds & Sights, and August 18 at Sonic Lunch with The Accidentals.

“I think I’m just gonna see what happens right now and just be flexible. I’ve released the EP, I’m gonna play my shows, and I’m gonna see how things unfold,” Detering said. “Whatever makes sense … whether that’s booking more shows or getting back into the studio to keep recording, then I’ll just kind of go with it.”