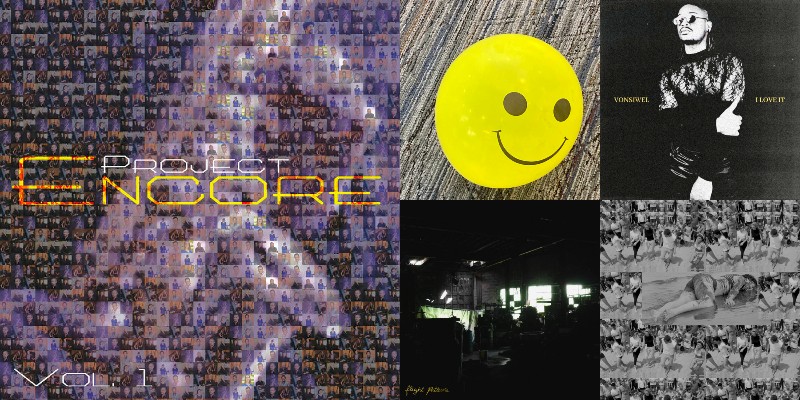 The Ann Arbor duo of saxophonist Timothy McAllister and pianist Liz Ames commissioned 14 composers to write "encores"—shorter pieces that can be played after a longer work but don't call on old tunes and tropes to get the job done. Project Encore, Vol. 1 is a terrific collection that touches on classical, jazz, and new music without resting too long in any one genre. Some standouts include Nina Shekhar's recasting of the sax solo from Wham!'s "Careless Whisper" as an extended-horn-techniques workout called "Careful Shouts," and Jennifer Jolley's "Lilac Tears," which was inspired by Prince's epic guitar solo during his 2004 performance of “While My Guitar Gently Weeps” at George Harrison’s posthumous induction to the Rock and Roll Hall of Fame. Retired longtime UMich professor Marianne Ploger contributed the gorgeous "Elegy," and U-M grad Chad Hughes composed the genre-hopping "S.L.I.C.E.," which stands for "Soulful Latin in a Classical Environment."

Von Siwel, "I Love It"
The third song this year by Ypsi R&B singer Von Siwell recalls his first single of 2002, "Nirvana," which I described as "'80s-influenced R&B delivered by a sweet and pure voice that could fill the lead-singer position in a DeBarge reunion should El not be able to show." Let me jump back and repeat myself because the same goes for the sultry "I Love It."

Doogatron featuring Dia Tee, "Dancing My Life Away"
The latest single by Ypsi techno trio Doogatron is nearly 12-minutes of hypnotic headiness. The song, featuring whispered and spoken vocals by Dia Tee, seems to exist in its own world, like a child leisurely wandering through the forest on a summer's day, humming a random tune, not a care in the world.

Flight Patterns, Flight Patterns
Flight Patterns is the vision of Ann Arbor's Alex Wong, written during his first two years of college—presumably UMich because the lyrics in "Letters Taped to Pens" reference him "cutting through the church near South Forest," which would be Lord of Light Lutheran Church and Campus Ministry. The album is an excellent mix of emo and indie rock, released by the Texas/California-based Chillwave Records, which self-describes as "Home of DIY2 and 5th wave emo." Flight Patterns is a perfect fit.