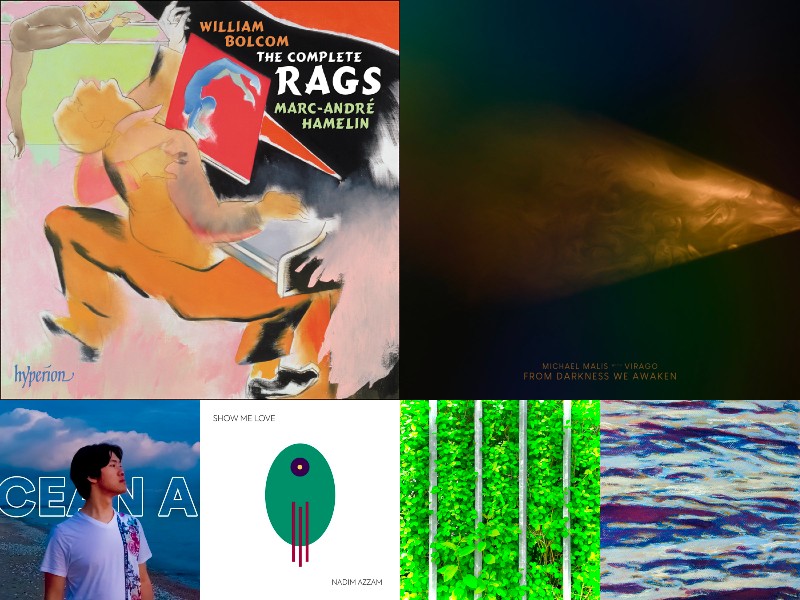 Your bio is off to a strong start when the first words are: "National Medal of Arts, Pulitzer Prize, and Grammy Award-winner ..." Pianist and composer William Bolcom is the talent who garnered all those honors. The longtime Ann Arbor resident and retired University of Michigan professor was featured in The New York Times this week because of a new composition he wrote—his first piano concerto in 40 years (and only his second one ever)—and for a new album by Marc-André Hamelin covering Bolcom's complete set of rags.

The Heidelberger Frühling Music Festival commissioned Bolcom to write Piano Concerto No. 2, and the composer had pianist Igor Levit in mind when doing so. The German festival premiered the work on August 18 and posted the full performance on YouTube along with a documentary about the concerto and its premiere.

While Bolcom might be known as a classical composer having written numerous operas, symphonies, concertos, and more, he's also a dedicated student of songs, jazz, and cabaret, which he frequently works on with his singer wife, mezzo-soprano Joan Morris. Bolcom's 27 ragtime-inspired tunes performed by Marc-André Hamelin aren't streaming right now, but you can listen to some excerpts and order the double CD over at Hyperion label's website. (If you want to hear all of Bolcom's rags now via streams, pianists such as Spencer Myer and John Murphy have also recorded the complete works. Related: Bolcom recorded an album of Scott Joplin rags in 1988.)

Michael Malis with Virago, From Darkness We Awaken
Virago, Listening for Bells
UMich grad Michael Malis also started teaching there this semester, filling in for his fellow pianist Andy Milne, who's on sabbatical. For his terrific new album, From Darkness We Awaken, Malis teams up with Virago, a new-music quartet made up of UMich grads Meg Rohrer (violin), Wesley Hornpetrie (cello), Sofia Carbonara (percussion), and Third Place [Music Fest] director BethAnne Kunert (saxophone). But Virago doesn't just play on the album; the quartet commissioned the work from Malis, who penned it during the pandemic while becoming a first-time father. Malis writes, "From Darkness We Awaken became a proxy for my emotional preparations for the next phase of my life—a diary documenting my personal metamorphosis." There's an anxiousness to much of the music, which is then undercut by brief meditative sections, and I kept thinking, "Malis wrote this part when he was up with the baby in the middle of the night and the li'l person won't stop crying," followed by, "Ope, the baby fell asleep!"

Malis also plays on Virago's mini album Listening for Bells, which came out in January and escaped my notice until now. The hypnotic album-long piece was commissioned by Virago from the Detroit-based composer Harriet Steinke. The work is divided into four parts, but the musicians can play them in any order, alone or with the ensemble. That means the recorded version of Listening for Bells is but one snapshot of a piece that morphs every time it's played.

Jack Withers, The Price of Beauty
The latest album by Ann Arbor producer Jack Withers feels like a tour through electronic music's recent past. The seven songs here touch on everything from techno and ambient to chiptunes and IDM. I'm not sure if this is an apt comparison, but while listening to The Price of Beauty, I kept thinking about Orbital, the Brit duo who have similarly explored all facets of electronica during their career. May the talented Withers have the same longevity and success.

Nadim Azzam, "Show Me Love"
Talented Ann Arbor singer-songwriter-rapper Nadim Azzam has released a steady stream of singles and videos over the past year, which was supposed to culminate in the album Dreams for the Future. While the LP seems to be on the backburner at the moment, Azzam's singles output continues apace. His latest, "Show Me Love," features the multihyphenate's many skills, with rapped choruses, sung verses, and openhearted lyrics.