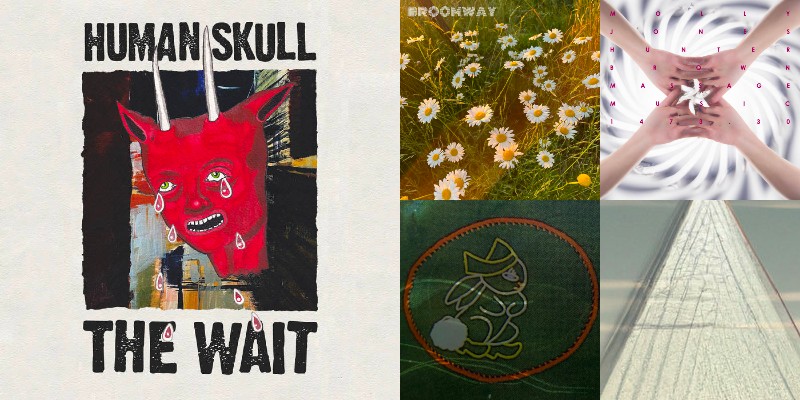 Human Skull, The Wait
If Pulp were a tabloid, the headline for The Wait might be, "Is Ann Arbor's Human Skull becoming a Legacy Punk Band™️ with its new EP?" The band put out its first demo in 2014 and has been cranking out uptempo jams ever since, with each release being a reliable slice of rowdy rock 'n' roll. Human Skull has a particularly Midwestern American sound—I'm not exactly sure what that means, but if you know, you know—but for some reason, the very English trio The Jam came to mind while listening to The Wait. There's a nimbleness to Human Skull's playing that reminds me of The Jam's more power-poppy moments. But I think we'd land an astronaut on Pluto before any members of Human Skull would perform in mod suits. The band celebrates the release of The Wait at The Blind Pig on Thursday, September 22, with fellow fantastic locals Towner, Truman, and Warlock’s Grave.

Broomway, Broomway
I know nothing about Broomway other than it's an Ann Arbor-based project that just released a 19-song self-titled debut album of synths, samples, and some guitars. It's a little bit IDM, a little bit hip-hop, a little bit retrowave, and a lotta bit good.

Future Holograms, Mascot EP
Future Holograms is another mysterious artist on the Ann Arbor-based Caffeine Free Records—and its three-song Mascot EP is another winner for the label. There's a bit of drum 'n' bass ("Cell") and some retrowave ("Mascot," "Cross") in the tunes, but Future Holograms does a nice job of straddling various subgenres of electronica.