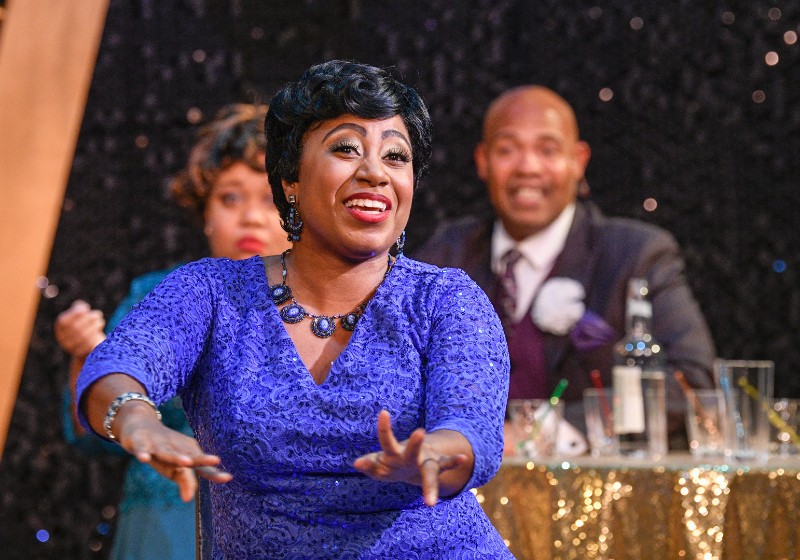 Behind a screen at the swank nightclub is a jazz band, led by a talented young piano player, who bows and then turns his back on the audience to start the show with some stride piano and the title song hit. Julian Goods makes a great shadowy image of Waller at the piano. His playing and the excellent small combo created a lilting musical setting for five talented performers to recreate that special and influential period in American popular music. 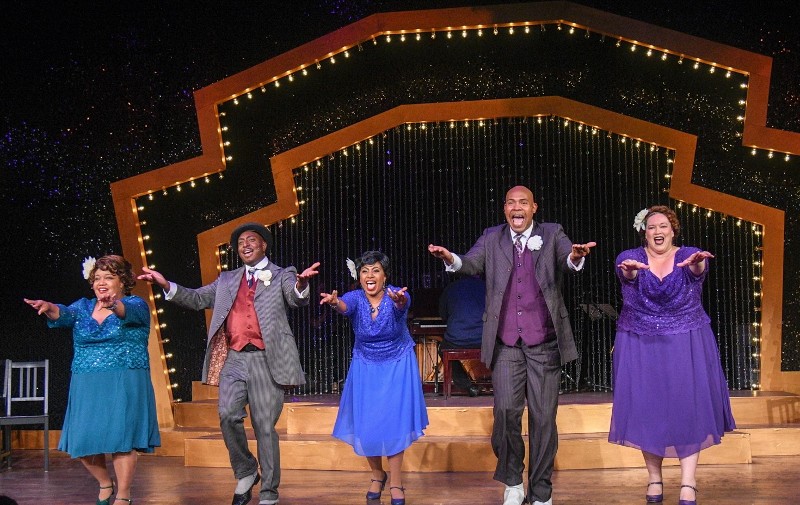 Airelle Crosby, Elizabeth Ann Gray, Tammie Harris, Chris Joseph, and Dante J.L. Murray are visions of that time and place. They are all swagger and strut to the rhythm of the music. The ladies are in evening attire, just right for hitting the dance floor. The gentlemen are in nicely tailored period suits and hats that can be shifted to suggest any number of emotions. They are high-steppin'.

Of course, the song “Ain’t Misbehavin’” starts it off. Waller composed the music for most of the songs in the show but collaborated with several lyricists over time, most often with Andy Razaf. In the same way that Bernie Taupin wrote lyrics to Elton John’s music, Waller’s lyricists matched their words not just to Waller’s inspired music but also to his larger-than-life personality. The Encore performers capture the humor and the special flirtatious tang in the music,

Murray and Harris do some heavy flirting in Waller’s other great standard, “Honeysuckle Rose.” Their rich, playful back and forth reminds you that the song is not about gardening but sexual swagger.

Gray demonstrates another kind of flirtation in a sweetly suggestive request to “Squeeze Me.” She is plaintive, longing, and hilarious.

Maltby took a composition by Waller and created a song that explains what stride piano is all about. McIntyre has choreographed a fast, funny hand dance for his company that is accompanied by Goods’ demonstration of the real thing.

Joseph sets the stage for a common theme in Waller’s songs: the right to be free and easy. Joseph plays an uptown guy that resents anybody invading his privacy in “Tain’t Nobody’s Biz-ness If I Do.” Joseph struts across the stage in long strides as he affirms his right to do what he wants to do. Later he performs "If You're a Viper," aka the cannabis ode "The Reefer Song." 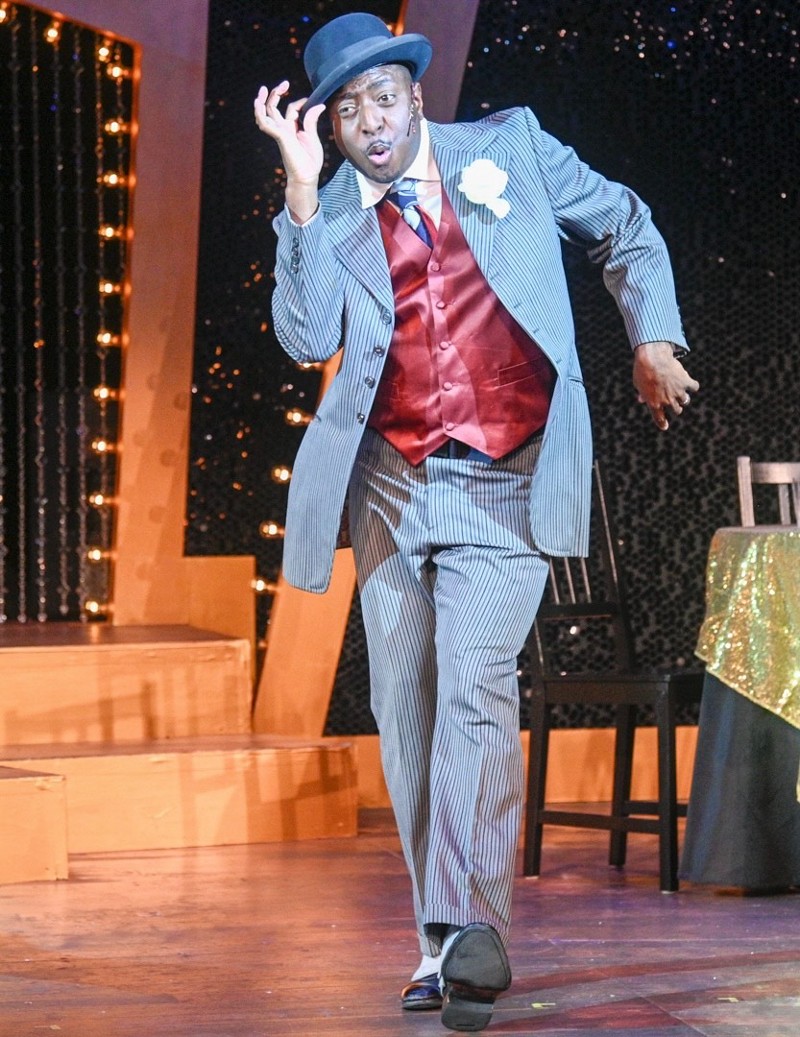 Sending up the rich is a specialty of Waller’s music. Crosby sends up the yacht set in "Yacht Club Swing" and four of the cast members do a number on the upper crust in "Lounging at the Waldorf."

A little audience participation turns another Waller classic, "Your Feet's Too Big," into some playful insulting as Murray informs the “volunteer'' in no uncertain terms that their tootsies are too large.

Crosby gives a plaintive rendition of “Keepin’ Out of Mischief Now” that suggests a more reflective side of Waller’s music and Razaf’s lyrics.

Nothing represents that feeling more than the elegant and sad “Black and Blue.” This number has the cast performing seated across the generous Encore stage, each highlighted as the richly plaintive song makes its strong complaint.

The show offers glitzy takes on Waller’s most popular songs, including some he sold away to white songwriters. The cast performs “I’m Gonna Sit Right Down and Write Myself a Letter,” “Two Sleepy People,” “I Can’t Give You Anything But Love,” “I’ve Got My Fingers Crossed,” and “It’s a Sin to Tell a Lie.”

Set designer Shane Cinal channels the Art Deco look of the period in an eye-popping golden nightclub with sparkling gold tablecloths, chandeliers, and a stage within a stage that shines like Waller's music.

"Ain’t Misbehavin’" continues at The Encore Musical Theatre Company through October 22. Tickets can be purchased at theencoretheatre.org, through the box office (no fee) by calling 734-268-6200, or in-person at the theater, 7714 Ann Arbor Street, Dexter.