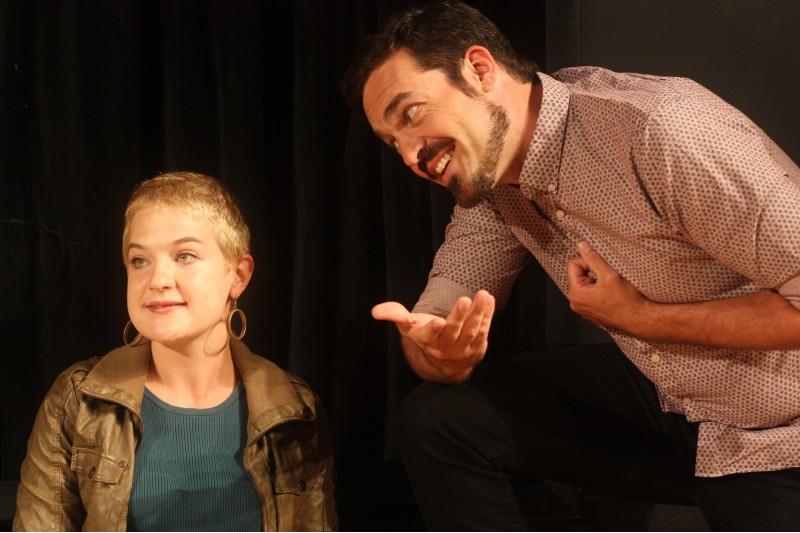 The plot concerns Claudio, a young lord and warrior, who returns from the war with laurels to the estate of Leonato, mayor of Messina. He falls in love with Leonato’s daughter Hero. Also returning from the war is Claudio's mentor and friend Benedick. Benedick is a confirmed bachelor, or so he says. He is reunited with Leonato’s sharp-tongued niece, Beatrice, who has been on his mind even as he spurns the idea of becoming involved with such a difficult woman.

The wooing of Hero seems to be going well until the scheming Don John maneuvers to cast doubt on Hero’s honor, just for the spite of it. That is the play’s central action, but it is the battle of wits between Benedick and Beatrice that has always been the main attraction for audiences.

Beatrice and Benedick wield words the way soldiers wield swords. Their confrontations are quick-witted, sharp, and often humorously nasty. Their friends think they might be just perfect for each other and conspire to turn rivalry into love.

“They both bring a great energy to it,” Widmayer said. “Chris has a comic ease, he’s a really tall guy and physicality plays into his sense of comedy, taking up space. It’s fun to watch. Jacquie approached Beatrice as really wanting to honor the character and her struggles that she has gone through with men in her life, and with Benedick. She brings that acerbic wit to it in a really nice way. When they end up together, I have to say, I like them as a couple in this version more than in other versions I’ve seen.”

The other comic highlight of the play also involves a couple, the local constable Dogberry and his assistant Verges, roles usually played by men but cast here with two women, Elizabeth Wagner as Dogberry and Rachael Kohl as Verges. The constable is called on to investigate a possible crime but is more interested in avoiding investigating anything and confusing everyone with his declarations.

“I would not have predicted before that I would cast them in these roles,” Widmayer said. “When I paired them up they had such an easy camaraderie together and such a fun contrast.”

Dogberry is Verges’ hero, the lawman he’d like to be.

Elizabeth Wagner auditioned for the role of Dogberry.

“I am very pleased I am playing the role as a man, but I’m bringing something different to the role,” she said. “I’m very excited. This is very different from any role I’ve played in the past.”

Wagner, who works as a data manager, has a degree in theater from the University of Massachusetts and performs regularly in Shakespeare's productions. She was most recently on stage in the Shakespeare in the Arb production of A Midsummer Night’s Dream as Titania, queen of the fairies.

“I love this show, it’s actually the fourth time I’ve performed in it. I played a different role every time,” she said.

“She is my right-hand man or right-hand woman and Dogberry and Verges really play off each other,” Wagner said. “They have a great relationship and that’s part of what we’ve been doing in rehearsal. I was lucky to be cast across from somebody I know and have worked with before. She’s a wonderful actress and throughout the rehearsal process we’ve been developing our onstage relationship.”

Dogberry is famous as a master at mangling the English language.

“The way he speaks is very counterintuitive to normal language,” Wagner said. “He flips words around and uses synonyms or antonyms of words that come out as gibberish. The audience will still be able to understand what I’m saying if I deliver the lines clearly enough, but his use of language is quite funny.”

Wagner was part of a group of actors who created the music for Shakespeare's verse.

“We composed four original songs in which we took lyrics from the text and the context of the show is really a group of people who love music, a group of musicians,” Wagner said. “At the beginning of the show, they are saying goodbye to each other because several of them are going to war. And when the show opens they are coming back from war and taking up their instruments again and engaging in the music community that brings joy to the audience that sees it.”

Andy Jones has a big part in the play as Don Pedro, a prince and companion of Claudio and Benedick, and also has contributed a song for a Shakespeare verse used at a funeral.

Jones calls Don Pedro a bit of a schemer. He helps Claudio woo Hero by masquerading as Claudio and charming the young woman.

“He tries to trick Benedick and Beatrice to kind of fall in love with each other. He’s always scheming to manipulate characters but not in a way that’s underhanded in contrast to his half-brother Don John, who is sort of the villain of the play,” Jones said.

Jokes has performed in two productions of A Midsummer Night’s Dream, with the Civic and in the production by Shakespeare in the Arb.

But composing music for Much Ado has brought Jones back to playing guitar after being away from it for years.

“The song I wrote was on my own, but I was inspired by the communal songwriting aspects of what I did,” Jones said, “I started playing around with chords on my guitar, with little music theory, and strung together some chord progressions and found some melody lines that seemed to go along with those. I wanted to make sure the song had an appropriate air of solemnity to it because of the setting of the scene it was in. It was helpful to have beautiful words already written on the page to take inspiration from.”

Widmayer said the message of the play is that it is important “to be honest with people you love, to tell them you love them and to not let pride get in the way of finding joy.”

“I want everyone walking out of here to have a feeling they’ve had great entertainment and they would rather be here than home watching Netflix,” he said.