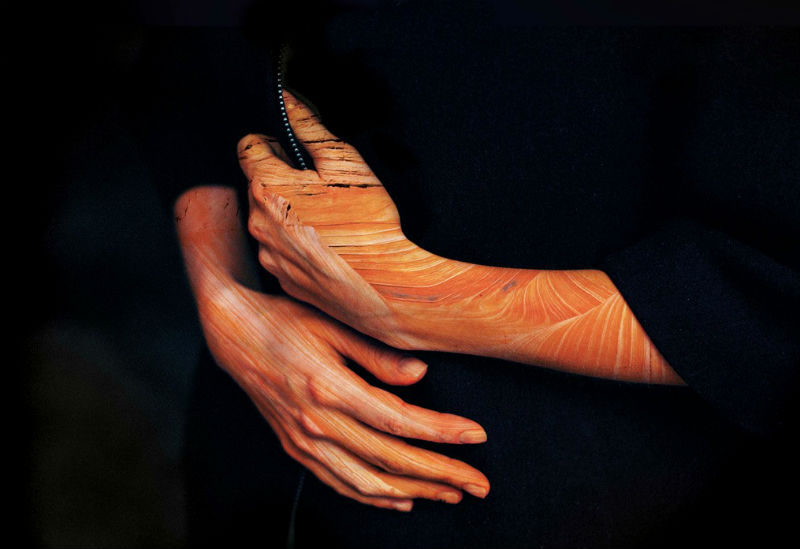 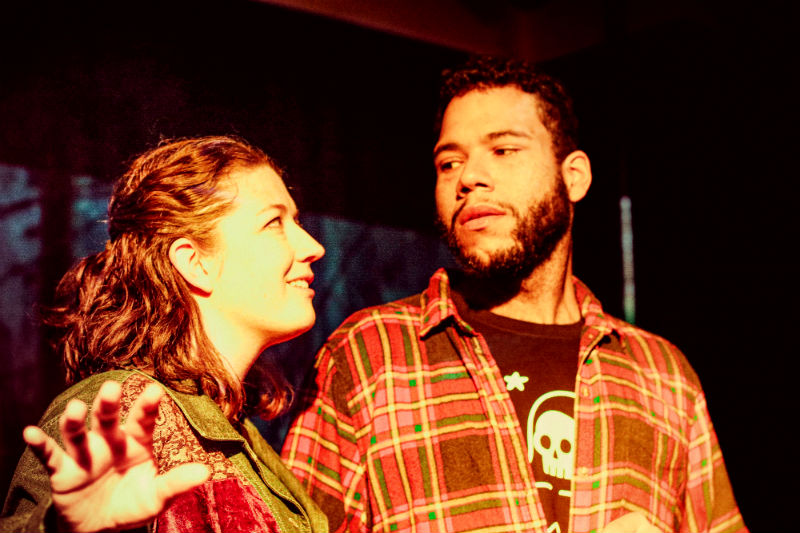 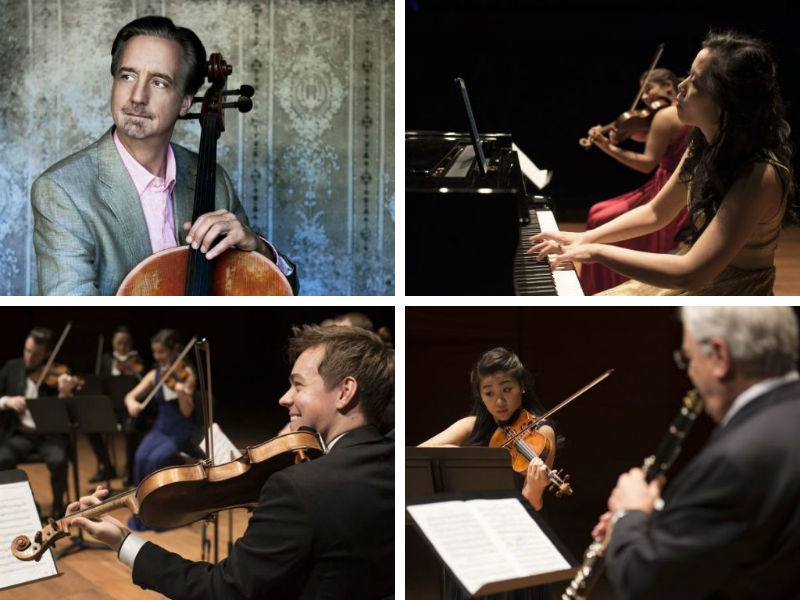 The Chamber Music Society of Lincoln Center (CMS) is celebrating its 50th anniversary, a milestone. So, co-artistic director and cellist David Finckel says it was fitting that CMS begins this season with milestones in the art of chamber music. “We identified pieces of music that have somehow influenced the way chamber music evolved,” he says.

“The story of Dvořák in America is colorful and entertaining,” says Finckel.

Turns out, it is Burleigh’s story, too.

What's Love Got to Do With It: The Purple Rose's comedy "Welcome to Paradise" offers a dreamlike romance -- or is it real at all? 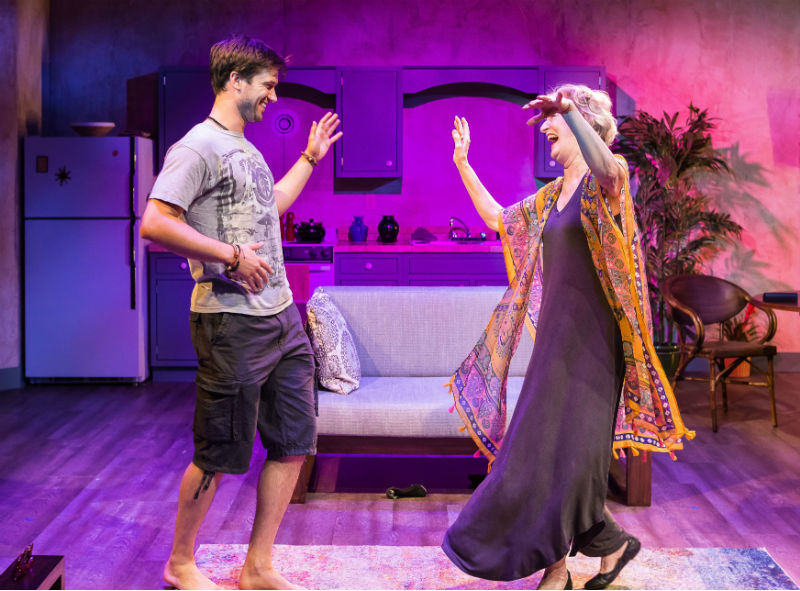 In Julie Marino’s play Welcome to Paradise, a young man who has been backpacking through Europe helps an elderly woman who is having difficulty at the airport. Rory doesn’t just help Evelyn to her cab. He accompanies her to her beach house on the fictional Caribbean island of St. Sebastian, a beautiful spot in the middle of nowhere. Exhausted, he tries to find an inexpensive place to spend the night, but accommodations are costly in paradise. She invites him for the night.

In a detailed and nuanced performance, Ruth Crawford embodies Evelyn, at turns feisty and flirtatious, basking in the attention of an attractive fellow as young as her grandson who caters to her needs before she knows she has them. Ryan Black is a fine Rory, thoroughly at home in Evelyn’s home and life. 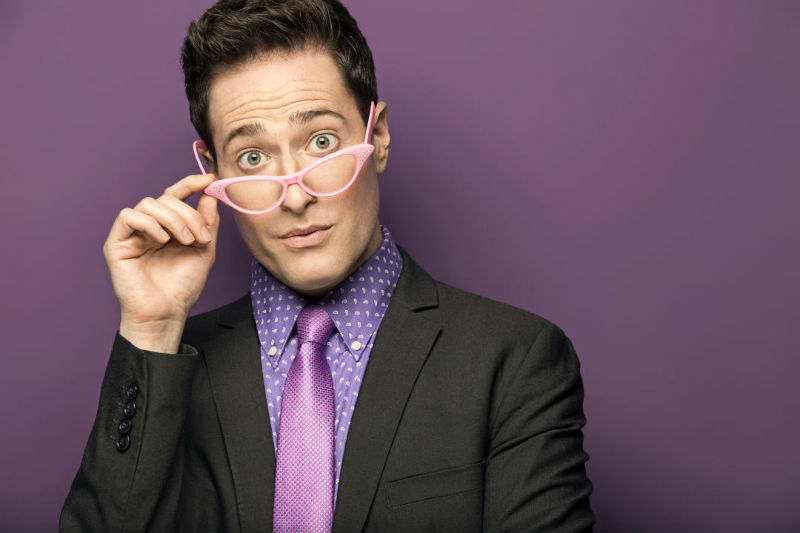 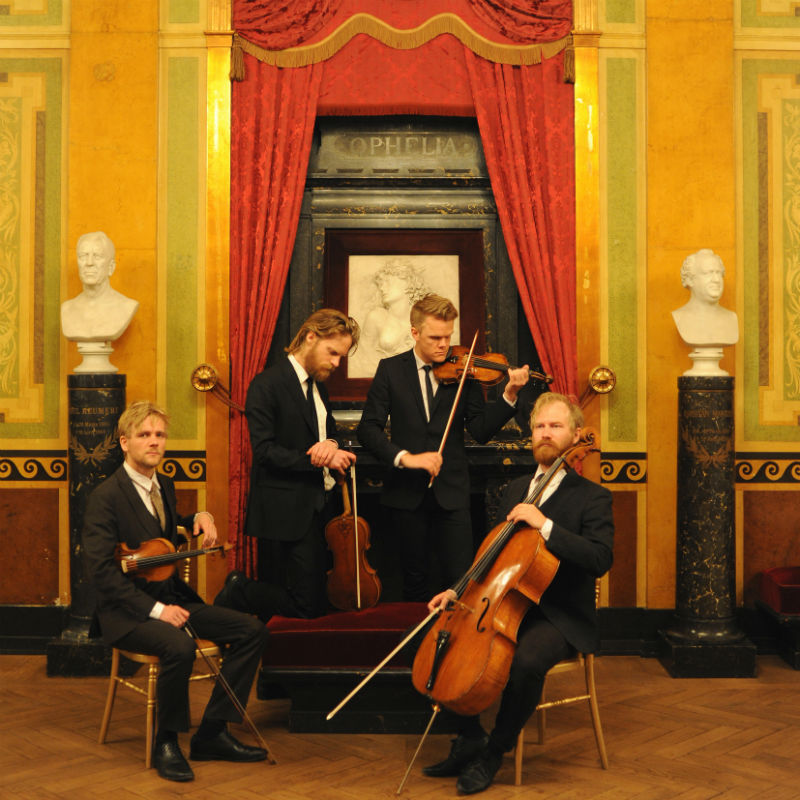 When violinists Frederik Øland, Rune Tonsgaard Sørensen, and violist Asbjørn Nørgaard were 11 and 12, they met at a summer music camp, never guessing they would grow up to be part of what The New York Times called “an exceptional quartet.”

“I grew up nearby, and I just signed up because it was a chance to play in a big symphony orchestra, something that I had never really tried," says Nørgaard, now of the Danish String Quartet, which performs at Rackham Auditorium on November 15. "And then I met Rune and Frederik. Honestly, the friendship was more founded on the soccer field than in rehearsal rooms. The vibe of Danish music summer camps is quite loose, more focusing on the love that an amateur can have for music than working hard to build a career in music. I think this priority of values has always been quite important to us, and we are at times still quite shocked when we encounter the steely ambition that also is a part of the classical music world.”

Cultivating “Candide” at the University of Michigan 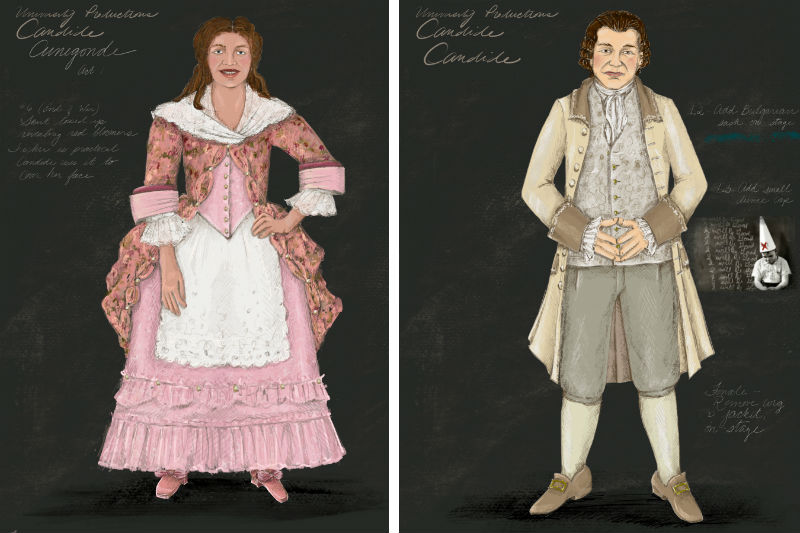 Some theaters revive Broadway hits. Others take chances on new plays that may or may not be successful. In 1973, an adventurous theater in New York did what no theater had ever done: the Chelsea Theater Center of Brooklyn revived a 1957 Broadway flop.

Candide, for all its problems, featured music by Leonard Bernstein that rivals what he accomplished in West Side Story and his best concert works. After bringing in new people to revise the book and lyrics and finding a radical new way to stage the work, the Chelsea brought Candide back to Broadway; there, it drew huge audiences, earned rave reviews, and took five Tony Awards. Since then, Candide has been a staple of theater and opera companies -- it lives on the line between musical theater and operetta -- and has been revised by other companies along the way.

Now, on what would have been Bernstein’s 100th birthday, the University Opera Theatre, in collaboration with Michigan’s departments of Theatre & Drama and Musical Theatre, will present the 1988 Scottish Opera version. Matthew Ozawa will stage Bernstein’s favorite and final revision; Kenneth Kiesler will conduct the University Symphony Orchestra. “The Scottish version has much more music,” Ozawa reports.

A Halloween Treat From the Penny Seats: “Dr. Jekyll and Mr. Hyde” at WCC 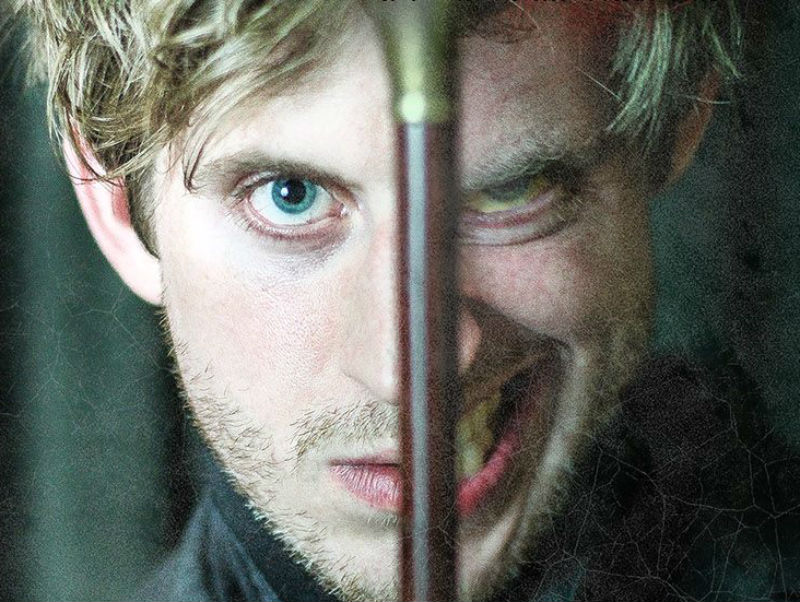 In the summer of 2011, Lauren London, now general counsel at Eastern Michigan University, brought together a troupe of unpretentious and fun-loving thespians who created the Penny Seats Theatre Company. The idea was to offer theater tickets that were about the price of movie tickets, affordable for all, echoing the penny seats available to Elizabethans who came to shows at Shakespeare's Globe Theatre.

After opening its first production at the bandshell in West Park, Penny Seats performed in assorted venues, outdoors and in, including a restaurant, a church, and the rehearsal room of a theater -- but never in a theater.  They struggled with imperfect acoustics and limited equipment, becoming more technically savvy each season. And each season, Penny Seats did more and better productions.  Now, they do four-show seasons that include summers in the park.

Over the years, the company produced musicals, dramas, comedies, and cabaret shows, including some original works, such as Joseph Zettelmaier’s The Renaissance Man. Horror was on the menu, too, last October, with Henry James’ The Turn of the Screw, and in the park last summer with Zettelmaier’s The Gravedigger and the musical based on Mel Brooks’ Young Frankenstein.

There was no thought of making a habit of horror. Then Zettelmaier had an idea, which he presented to London and the rest of the board. 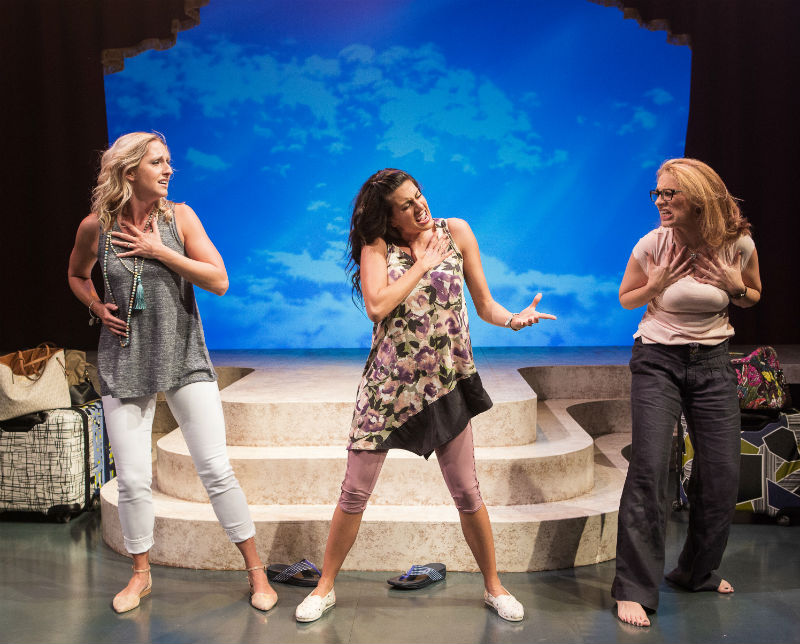 You can’t typecast Jeff Daniels. He’s played someone dumb (and dumber), a highly intelligent newsman, and lots of other characters with assorted traits, interests, and careers.

He’s got roots in the theater, and he’s equally comfortable on the big and little screen. He also writes and performs folk songs. As founder of The Purple Rose Theatre in Chelsea, he’s produced plays.

Of course, you can’t expect Daniels to limit himself to one style or subject. His 17 plays, all presented at the Rose, include a searing look at friendships between people with different incomes that mixed realism with farcical elements, a political drama that showed the way the tragic situation in Flint has impacted relationships, and a comedy about hunting set in the U.P.  He’s written in the style of Samuel Beckett and Neil Simon with equal ease.

And the Daniels play that’s on the boards at the Purple Rose now, Diva Royale, is a lively slapstick comedy that feels very much like a musical comedy. The opening night audience responded to the musicality of the show, clapping after scenes the way spectators at musicals usually clap after musical numbers.

Transfigured Foursome: The Jerusalem Quartet will come to Ann Arbor as a sextet 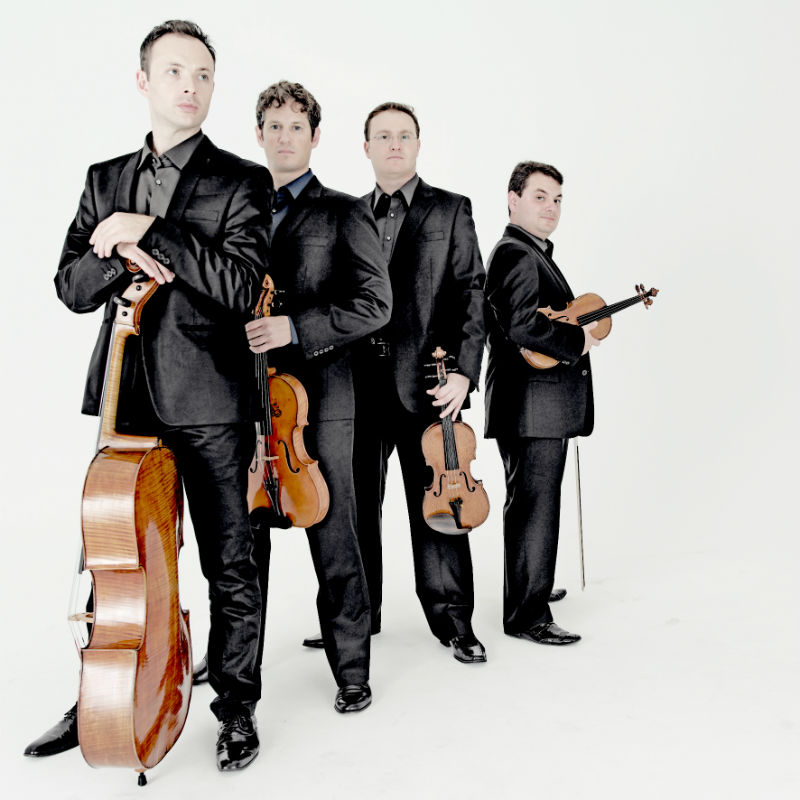 Kam joined the Quartet in 2010, but “Israel is a small place," he says. "I knew the quartet and its members since its very early days and had some opportunities to hear and even play with them together before joining. When the opportunity came about for me to join, I was very happy and eager to step into the role.”

In Israel and America, Kam grew up surrounded by music. “My mother is a violinist,” he says. “There was always music in our household, especially chamber music.” He can’t remember a life without music, but two experiences convinced him he might want a life as a musician.