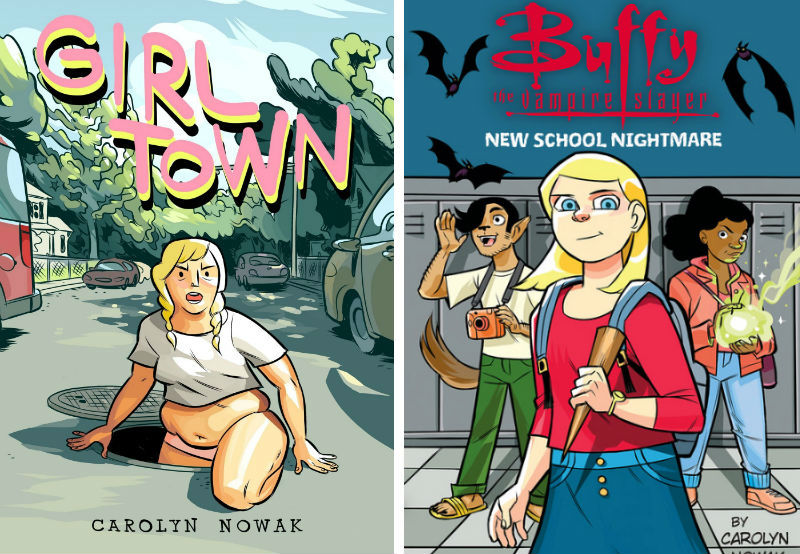 The two years since Casey Nowak last answered questions for Pulp have been filled with personal changes and critical success. Followers of Nowak’s on Twitter may also have noticed her using the platform to discuss her own experiences with sexuality, divorce, mental health, and recently a series of tweets discussing her name change from Carolyn to Casey.

The Ann Arbor cartoonist feels these experiences, both good and bad, have influenced and increased her confidence in her work.

In late 2018, Top Shelf released Nowak’s collection of short stories, Girl Town. These previously released stories, along with one unpublished work, secured Nowak some of her best critical reactions to date. Girl Town finished the year on numerous “Best of” lists, was nominated for an Eisner Award (akin to comics' Academy Award), and last month won Nowak her third Ignatz Award, which recognizes excellence among self-published or small-press creators.

Previously, Nowak had an acclaimed 12-issue run as the artist for the popular series Lumberjanes, and in 2017 she published Chad Agamemnon, an all-original comic for the Ann Arbor District Library's annual Ann Arbor Comic Arts Festival (A2CAF). (AADL cardholders can download the comic here.)

Nowak was kind enough to answer a few emailed questions for Pulp. 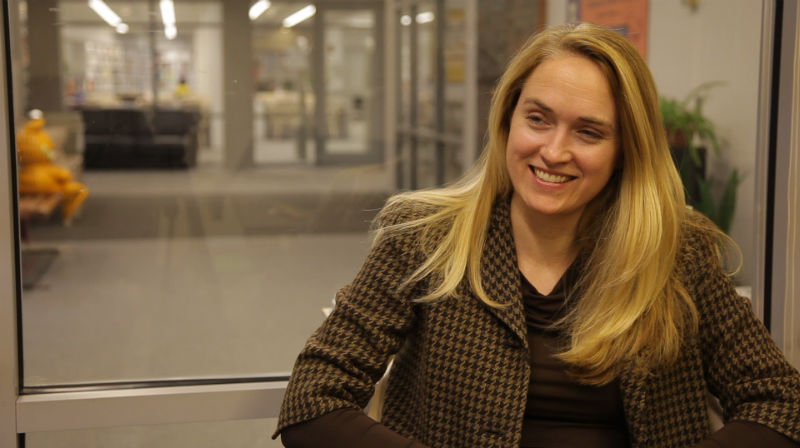 As curator of the Billy Ireland Cartoon Library & Museum (BICLM) at Ohio State University, Jenny Robb may have one of the coolest jobs in the country. With its current holdings of original cartoons, books, manuscripts, and comic strips in the millions, the BICLM is the largest cartoon art library in the world. Started in 1977, the library is primarily a research collection for American cartoon art, but with the addition of three exhibition galleries in 2013, the BICLM is now a destination for comic fans as well.

After graduating with a master’s degree in museum studies from Syracuse, Robb eventually landed at the Cartoon Art Museum in San Francisco in 2000. In 2005, she arrived in Columbus where she spent six years under the tutelage of the BICLM’s founding curator, Lucy Caswell, before assuming the role after Caswell’s retirement in 2011. Robb is an expert on political and historical cartoons, and a firm believer in using cartoons to teach history which can be seen in The Opper Project, a collaborative effort between the BICLM and the History Teaching Institute at OSU to provide lesson plans, cartoons, and other materials online for teachers.

Robb will be the keynote speaker on Friday, June 15 at A2 Inkubate, the pre-conference of the Ann Arbor Comic Arts Festival (A2CAF), where she will discuss the issues faced by institutions and artists in collecting and preserving their art both on paper and digitally. On Saturday, June 16, she’ll be hosting “Stories From the Museum” at A2CAF where attendees can hear stories about the BICLM and get an up-close look at items from the collection.

Robb was kind enough to answer some questions via e-mail for Pulp ahead of the festival. 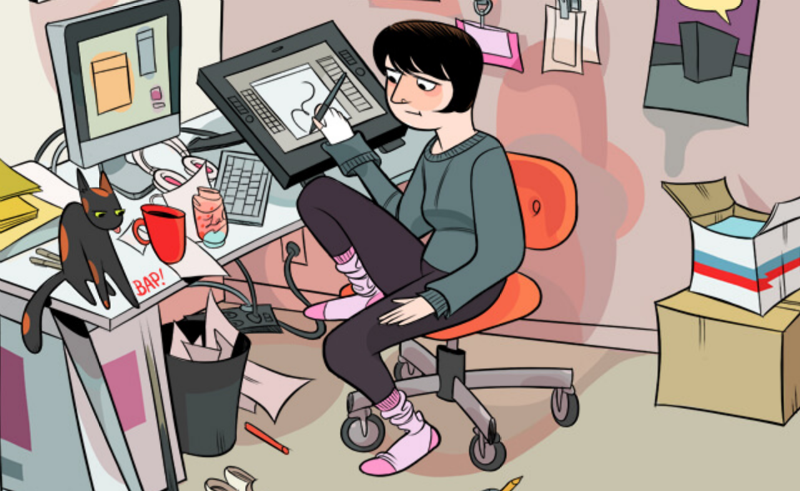 Carolyn Nowak sits at the desk where all the magic happens.

Ann Arbor-based cartoonist Carolyn Nowak may have reached a larger audience with her work in 2015 on the critically acclaimed and award-winning comic series Lumberjanes, but it’s her funny, introspective self-published comics, such as Lazy and Girl Town, where Nowak truly shines.

Last year, one of those works, Radishes, received the Ignatz Award (named for the character in George Herriman’s classic Krazy Kat comic strip) at the Small Press Expo for Outstanding Minicomic, and Nowak herself was nominated for Promising New Talent. Radishes was a shift for Nowak into fantasy comics and tells the story of two teenagers, Kelly and Beth, who play hooky from school to visit a wondrous market filled with mysterious shops and a tiger hairstylist. Nowak’s follow-up from late last year, Diana’s Electric Tongue, is set in a futuristic society where people purchase androids for companionship, is her most mature work to date, and possibly her best.

Nowak will be joining over 50 other comic creators who are displaying, selling, and signing their work on Artist’s Alley at this weekend’s Ann Arbor Comic Arts Festival (A2CAF). The A2CAF is a free event starting on Friday, June 17, and running through Sunday, June 19, at the Ann Arbor District Library's downtown branch. Nowak partnered with AADL to create the all-ages comic Chad Agamemnon for the recent Free Comic Book Day, and you'll also be able to get a gratis copy at A2CAF.

Nowak was kind enough to answer a few questions via e-mail for Pulp ahead of the festival. 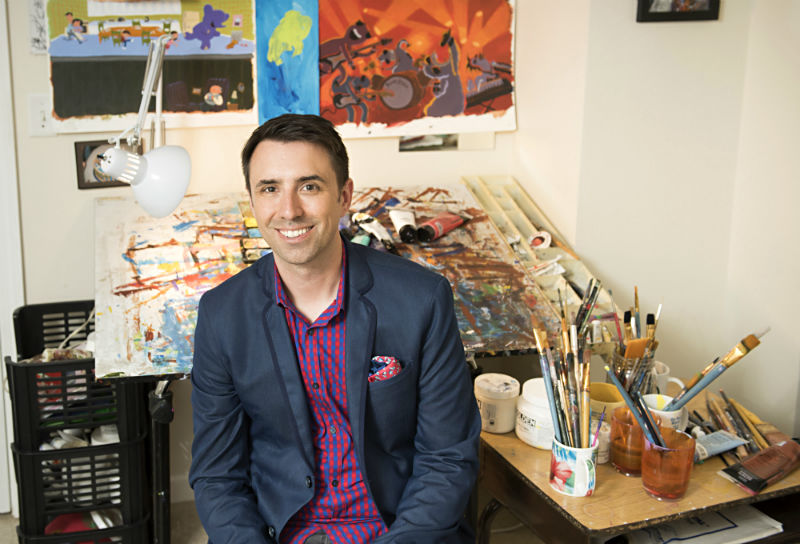 Jarrett J. Krosoczka sits at the desk where all the magic happens.

Like many illustrators, Jarrett J. Krosoczka set course on making his dreams come true at a very young age. His maternal grandparents, who had been raising Krosoczka since he was three, saw a desire in him to create, so they enrolled him in art classes at the Worcester Art Museum in Massachusetts. In elementary school he wrote his first books, and as he got older his work began to be influenced by comic books, leading to him writing a comic strip for the school newspaper, and eventually being accepted to the Rhode Island School of Design after graduation.

While still working on his degree at RISD, Krosoczka started submitting picture books to publishers, and after two years of rejection letters, Random House published Good Night, Monkey Boy in 2001. Over the past 16 years, Krosoczka has published numerous picture books, created the Lunch Lady and Platypus Police Squad comic series, and was recently tapped to replace Jeffrey Brown on Star Wars: Jedi Academy with his second book in that series, The Force Oversleeps, set to be released next month.

Krosoczka’s plate always seems to be full, but he still finds time to visit schools to promote literacy and creativity. He has also established the School Lunch Hero Day, which annually asks students to recognize the work done by their school’s nutrition staff, and the Platypus Police Academy, a community read-aloud program for police officers at their local libraries.

As the keynote presenter for this weekend’s Ann Arbor Comic Arts Festival (A2CAF) at the Ann Arbor District Library downtown, Krosoczka will continue to be busy. On Saturday, June 17, from 3-4 pm he’ll demonstrate his story-making process, followed by a Lunch Lady event and signing. On Sunday, June 18, he’ll be making an appearance from 12:30-1:30 pm at Vault of Midnight on Main Street, and will have a signing later at 4 pm at the downtown library.

Krosoczka was nice enough to answer some questions via e-mail for Pulp before this weekend’s A2CAF.

"Here and There": The voyeuristic art of Tracey Snelling

Tracey Snelling's art forces us to peak into worlds that might make us uncomfortable.

Upon entering the U-M Institute for the Humanities' gallery room that houses artist Tracey Snelling’s latest exhibition, lsa.umich.edu">Here and There, one is immersed in a life unfamiliar to some and unimaginable for others. Neon signs flash “drift” and “Lost City” to light up the darkened room while several tiny, connected rooms hang from one wall all bustling with sights and sounds to tempt the viewer to look closer and give in to their voyeuristic desires.

The rooms, each about the size of a shoe box, were completed during the Berlin, Germany- and Oakland, California-based Snelling’s recent residency at the University of Michigan’s Institute for the Humanities. While viewing the rooms from afar gives you an idea of how the entire piece moves as a whole, Snelling wants to get up close and explore the rooms. Upon closer inspection with the Bee Gee’s “Night Fever” as your soundtrack one begins to notice the details placed in each room to give them character; a shotgun leaning on a recliner, the Jack Daniels poster on a wall, High Fidelity playing on a screen in the record shop, or a pool cue leaning on a pool table in a bar. 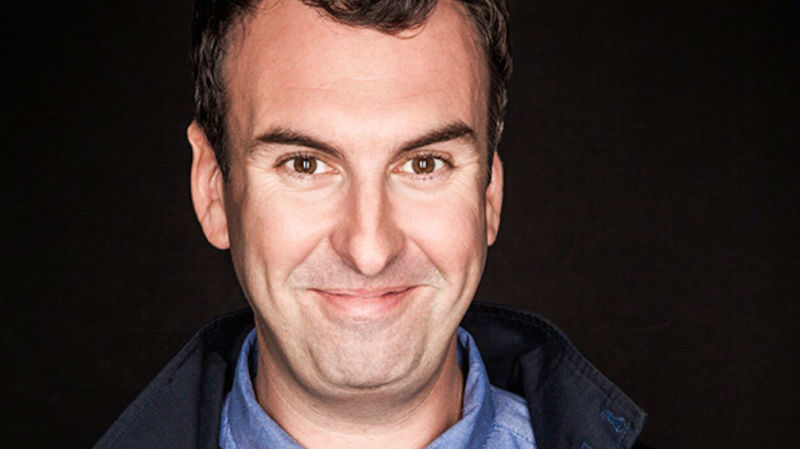 Braunger will appear Thursday, March 9 through Saturday, March 11 at the Ann Arbor Comedy Showcase, and we talked to him about Midwestern comedy scenes, his upcoming special, politics, his podcast, a new Amazon Prime series, and Bob Seger.