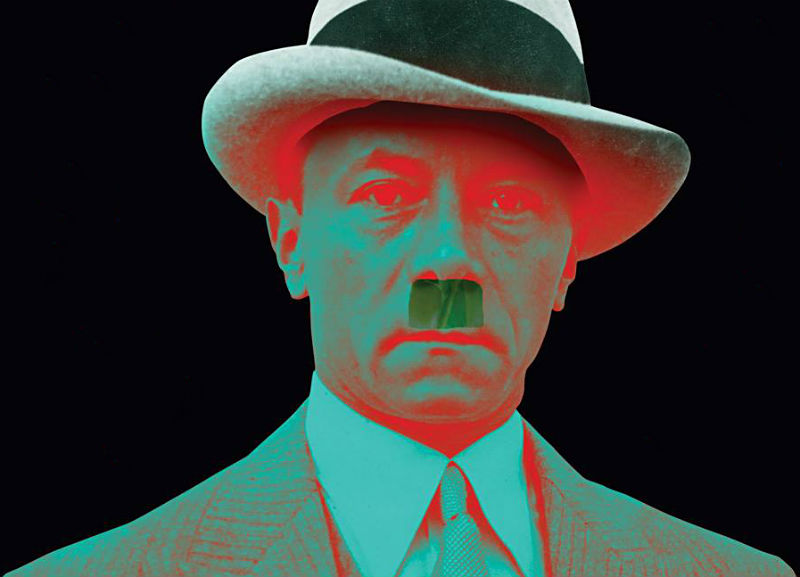 The Resistible Rise of Arturo Ui is Bertolt Brecht's satire of Hitler and organized crime set in 1930s Chicago.

He drew support from working class people by appealing to their fears and their prejudices in a time of economic strife. He went into angry rants blaming minorities for all the country’s problems. He encouraged his supporters at rallies to punch out those who protested against him. He came to power in an unusual though legal way, while claiming the support of the nation. He pushed a philosophy of racial and ethnic superiority. He told the crowds that “I and I alone can make this nation great again.”

He was Adolph Hitler. 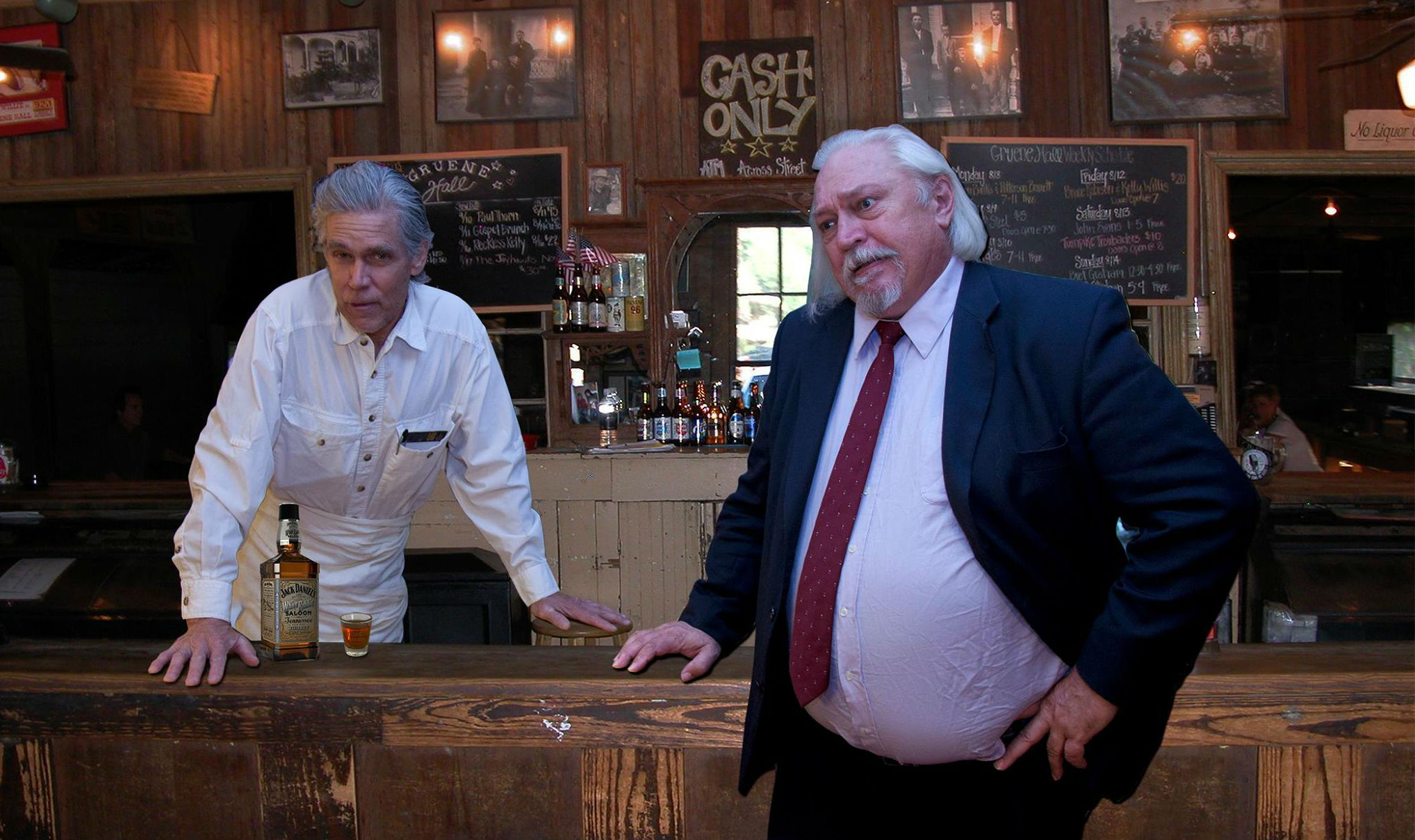 The stage version of "Anatomy of a Murder" differs from the more famous book and film versions -- and not always for the best.

Director Otto Preminger and screenwriter Wendell Mayes brought those qualities to the 1959 film version, shot in and around Marquette. The film was nominated for several Academy Awards including best picture and best actor for James Stewart.

PTD Productions in Ypsilanti is presenting a later stage version by Elihu Winer. Winer’s plodding version eliminates some major characters and key plot points and makes little of the UP atmosphere that is a central feature in Voelker’s novel and Preminger’s stark black and white location photography. This is a wordy, condensed version, though still set in the deeply rural 1950s UP. 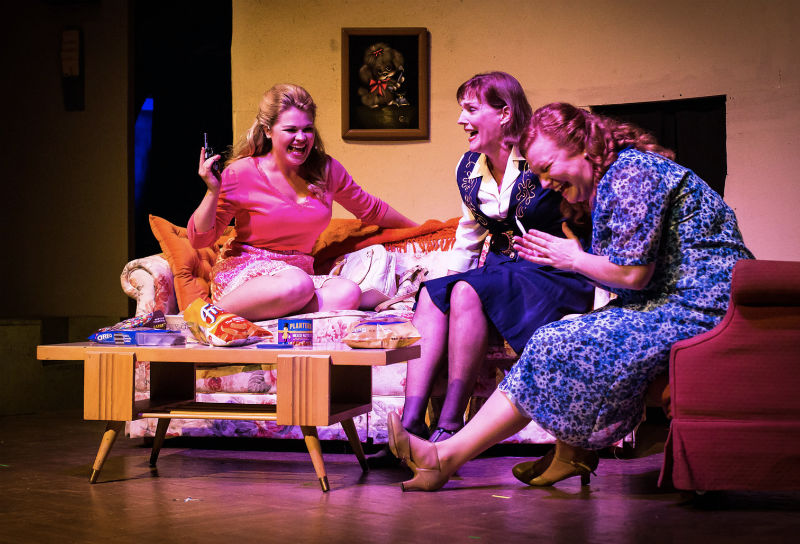 Parton teases that what we are about to see took place in 1979, a time of disco music, no internet and less enlightened thinking.

Unfortunately, last year’s presidential campaign made it clear that issues of gender equality and sexual harassment are still alive and kicking. And 9 to still gets a lot of knowing laughter about a workplace culture skewed to male privilege. 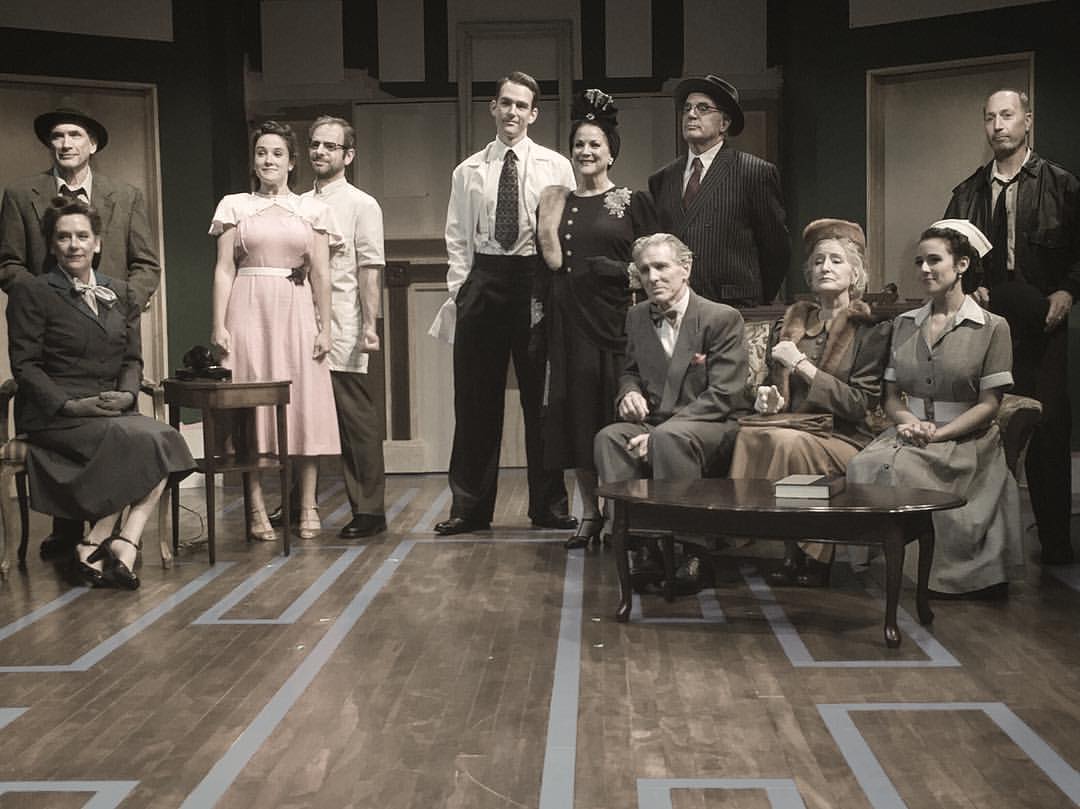 Mary Chase’s Harvey has been entertaining audiences with its gentle humor for more than 70 years. It’s a play we think we know well.

The new Purple Rose Theatre production of this Broadway classic reveals a deeper, richer, and more focused Harvey. It’s still funny, still frantic at times, but so much more.

We are most familiar with James Stewart’s Elwood P. Dowd. He’s a sweet charmer and he drinks a bit but has a sense of the whimsical and a good heart. He can see eye to eye with a six-and-a-half-foot rabbit, or more precisely a pooka, a Celtic spirit with an affection for rumpots and others.

Now imagine instead a different kind of Elwood P. Dowd. He’s still a charmer with a whimsical streak. But he’s a smaller man and maybe he drinks a little more than he should and those ideas he floats about life might just be worth our attention. 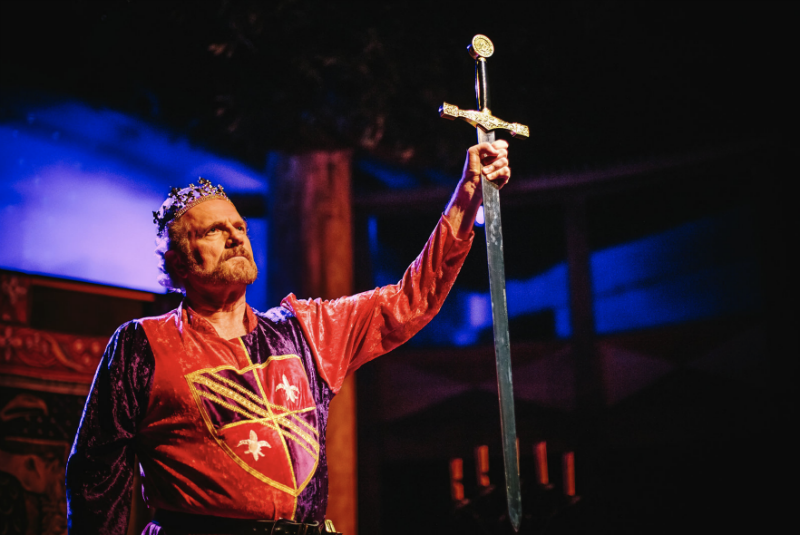 In short, there’s simply not
A more congenial spot
For happily-ever-aftering than here
In Camelot.

Camelot, with book and lyrics by Alan Jay Lerner and music by Frederick Loewe, was a powerhouse 1960 follow-up to their masterpiece My Fair Lady. It gave the Kennedy Administration a theme and sent audiences away happily whistling the tunes of several memorable songs.

The title song paints a vivid utopian vision of King Arthur’s domain of medieval England, but dark shadows are the musical’s real theme. Based in part of T.H. White’s humorous account of Arthur’s rise from innocent farm boy to king, Camelot is not a boy’s adventure of knightly derring-do. Instead, it’s a bittersweet tale of a romantic triangle, uneasy betrayal, and lost dreams.

The Encore Musical Theatre production is charming if somewhat constricted by the limits of the theater’s stage. Director Daniel C. Cooney brings the elements together with a nice balance of romantic yearning and soft comedy. The romantic leads spark nicely as they should. The stage doesn’t allow for the wider expanse of a more elaborate setting but set designer Sarah Tanner uses props and a simple castle courtyard to suggest the royal life. 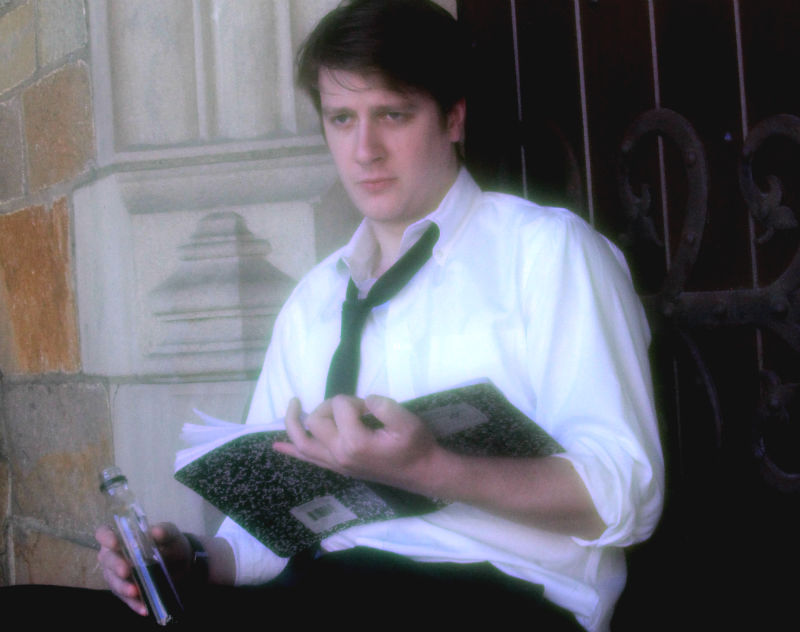 When Loretta Grimes saw an off-Broadway production of John Patrick Shanley’s Prodigal Son in January 2016, she realized it had all the basic elements for a Redbud Productions staging. The cast was small, the story intimate, and the emotions intense.

She is directing the Redbud Productions' staging June 1-3 at the Kerrytown Concert House.

“For me, I loved the play in general, the characters were well-drawn, and the writing was excellent,” she said. “But I was mainly drawn to the main character, Jim Quinn, who is John Patrick Shanley as the play is autobiographical. I think what I like is that the character is such an underdog and I think we can all relate to that. He’s this rough, tough kid from the Bronx who goes to this prestigious Catholic school in New England, but it’s like fitting a round peg in a square hole.” 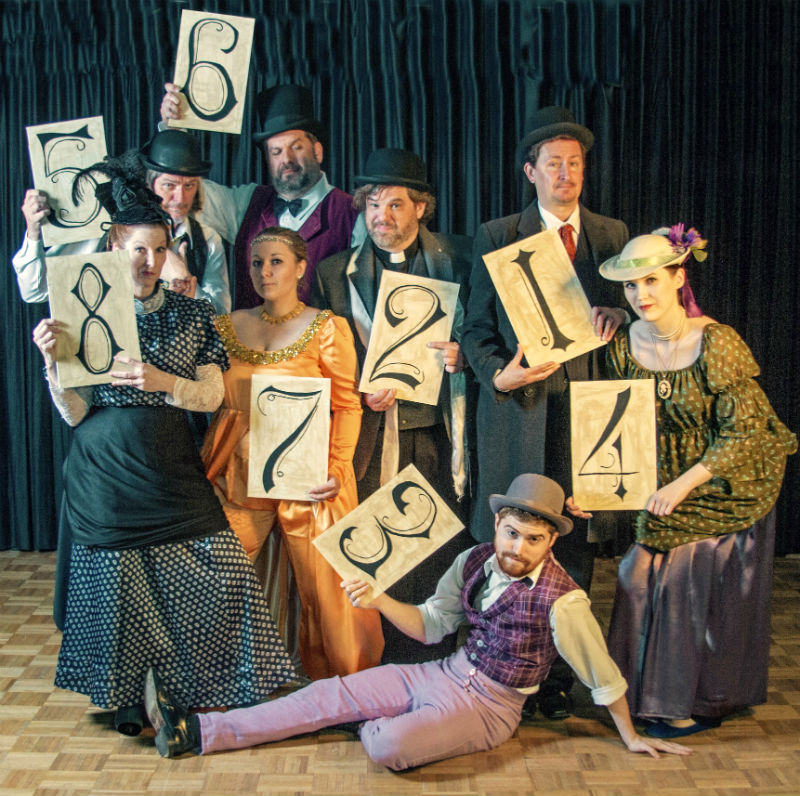 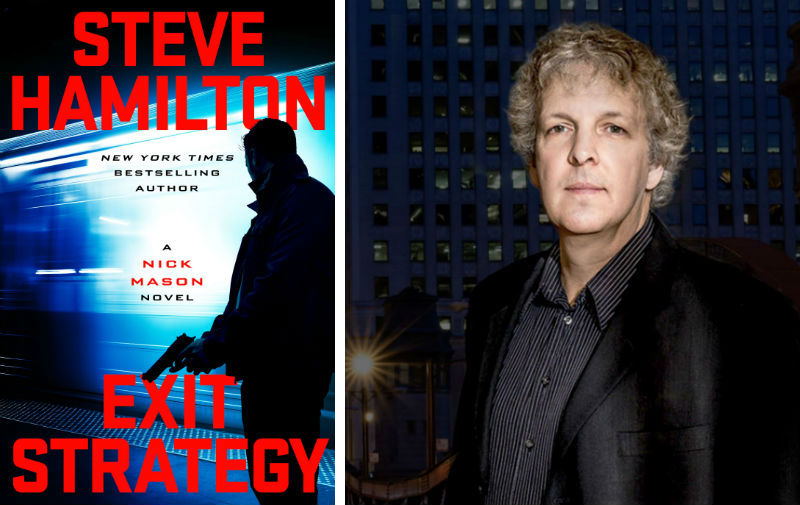 The award-winning author of the popular Alex McKnight detective series introduced a new series with a very different main character in The Second Life of Nick Mason, a New York Times bestseller and multi-award winner that is being developed as a major motion picture.

McKnight was a straight arrow ex-Detroit cop, who left Detroit after his partner was killed and he was seriously wounded in a confrontation with a mentally ill man with an Uzi. McKnight escaped to rent cabins in tiny, isolated Paradise on the shores of Lake Superior in the U.P. But soon he was reluctantly being drawn into one case after another as a private detective.

By contrast, Mason is a tough kid from the south side of Chicago, a career criminal. He and two of his buddies began stealing cars as teenagers and then moved on to a series of minor crimes. Mason tried to give it up for his wife and daughter, but he and his pals became involved in a dock heist that went seriously bad, leaving one friend and a policeman dead. Mason took the rap and refused to rat on his associates, one his best friend. He was given 25 years without parole. 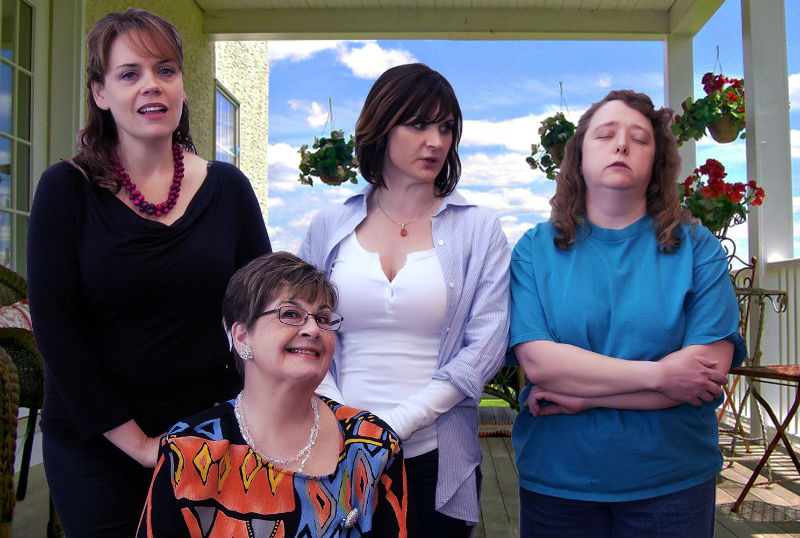 Violet Weston is the sharp-tongued, nasty piece of work at the center of Tracy Letts’ brilliant family dissection August: Osage County. Violet can be awfully unpleasant, but she has her reasons, as do all the others in this play that is rich in symbolism but played with a tough realism.

Any good production of this Pulitzer Prize-winning play starts with a ferocious, vulgar, and yet sympathetic Violet, the matriarch of an Oklahoma family in transition. Janet Rich is all of that and more in Ypsilanti’s PTD Productions presentation of Letts’ play. She grumbles, complains, coos, and rages in the face of a tragedy that briefly unites her broken family. 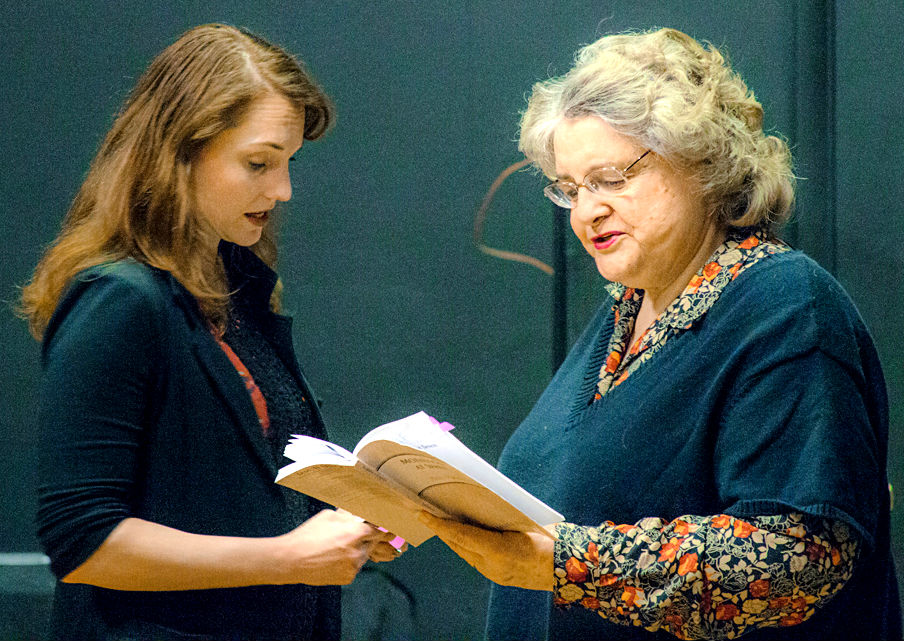 Youth will be served.

In popular music, movies, and theater, young adults are usually the center of attention. Older actors will land roles as wise elders, cantankerous villains, or doddering comic relief. But the roles are sometimes few and far between.

“I did this play 10 years ago with another group and in the intervening years, looking at shows I wanted to be in, I noticed a real lack of parts for older people,” Johnson said, “and this show except for the two ‘youngsters’ who are in their 40s, it’s all about older people. I think that’s what really sparked me into wanting to do it, an opportunity for older actors to get out there on stage and do their thing.”