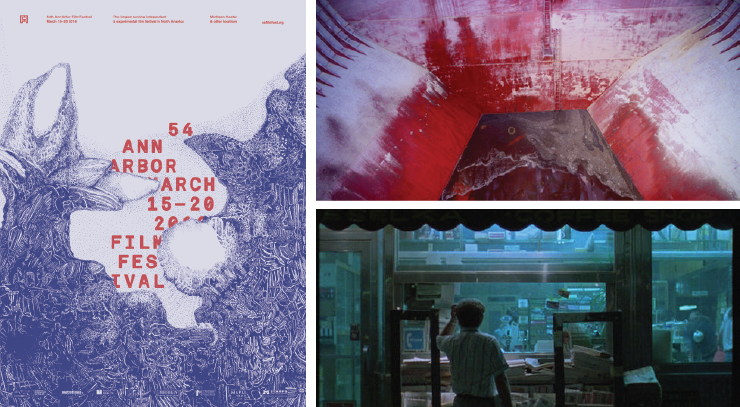 Each program is different at AAFF54, from Dead Slow Ahead to News from Home.

Let’s get this out of the way before we dive into some movie recommendations. The Ann Arbor Film Festival, started in 1963, is one of the longest-running film festivals in the world. In my opinion (and many others), it’s also America’s original independent film festival.

The AAFF is a forum for films made by independent artists, not commercial studios. The festival’s focus is on shorter pieces that strongly showcase what’s possible within the art form of film. The range of what you can experience over six days of cinema is extraordinary. And there’s truly something for everyone. So let’s get to it!

This year’s AAFF brings back a handful of audience favorite themed programs, including the Family-Friendly screening, Out Night with LGBTQ-oriented films, Animated Short Films, a Regional showcase, and Music Videos. There’s also an Interactive Cinema program added this year, 78 Letters, with pioneering artist Grahame Weinbren presenting a series of 1-minute shorts with the sequence determined by the audience.

The heart of the AAFF is the Films in Competition programs, which are usually an assortment of newly created shorts including animation, documentary, adventurous narratives and experimental (not plot-driven). These often contain the most memorable, confounding, polarizing pieces of the week, so if you’re feeling open-minded, I recommend choosing ones that work within your schedule.

If you’re new to the AAFF or only have time to attend one program, I recommend the Opening Night Screening of short films. Better yet, show up earlier (6 pm), pay a bit extra, and make a great evening of it by attending the Opening Night Reception. It's a stylish scene that includes food, drink, and music in the Michigan Theater’s grand foyer.

If you’re an AAFF regular, you’re likely debating how you’re going to choose from the new films in competition vs. the special programs. Highlights this year include Chantal Ackerman tribute programs (AADL has some of her works on DVD, btw), the Jem Cohen feature and shorts program (he’ll be making a rare festival appearance), a program of restored 16mm prints by underground film legend and provocateur Curt McDowell, and Northern Lights, a live cinema performance with five 16mm projectors. 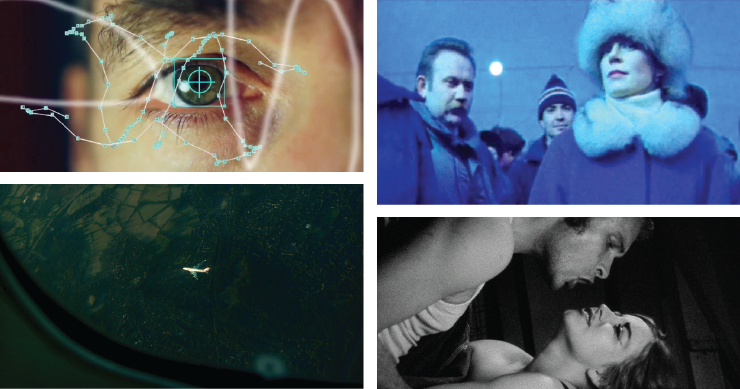 For fans of feature documentary and story-based films, The Host will provide a powerful examination that cuts across a century of personal and political history. Also screening on Saturday, two other feature films, time/OUT OF JOINT and Dead Slow Ahead, take the viewer on unexpected journeys through the time and space of unexplored territories.

“Each program is different.” You will find this simple statement on this year’s schedule. It’s also appeared on many AAFF programs dating back to the 1960s (including the original from 1963, which can be viewed in the AADL’s digital AAFF archive). And it couldn’t be more apropos for this festival of independent, artist-driven, experimental film. For one week of the year, the AAFF gives us an opportunity to explore just how vastly different cinema can be. See you there!

The 54th Ann Arbor Film Festival runs from March 15-20, 2016 and tickets are available now. The full schedule and calendar are available at aafilmfest.org.