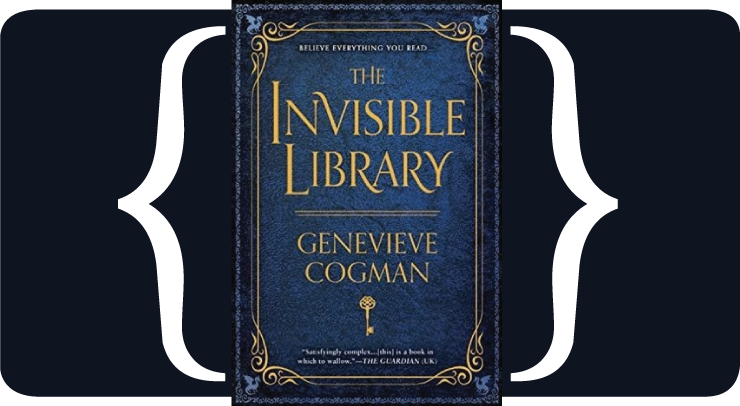 Following in her illustrious parents' footsteps, Irene is a professional spy for a shadowy organization called the The (Invisible) Library * * that collects important works of fiction from all of the different realities. After wrapping up a most difficult case, she finds herself immediately assigned a new mission - to retrieve a particularly dangerous book in an alternative London while shackled with a new trainee, Kai.

When they arrive, they find the city populated with vampires, werewolves, and Fair Folk, and the book they are after, has already been stolen. Soon they realize several parties are prepared to fight to the death for the tome, one of them a handsome detective named Peregrine Vale. It also becomes clear fo Irene that Kai is hiding secrets, secrets that could prove as deadly as the chaos-filled world they find themselves in.

"Bibliophiles will go wild for this engaging debut, as Genevieve Cogman hits all the high notes for enjoyable fantasy. Intriguing characters and fast-paced action are wrapped up in a spellbinding, well-built world." (Library Journal)

"Reminiscent of the works of Diana Wynne Jones and Neil Gaiman, Cogman's novel is a true treat to read." (Publishers Weekly)

I hope you are a fast reader. A much anticipated sequel The Masked City is on its way, and not a minute too soon.