Review: Marc Cohn Takes Us Back at The Ark 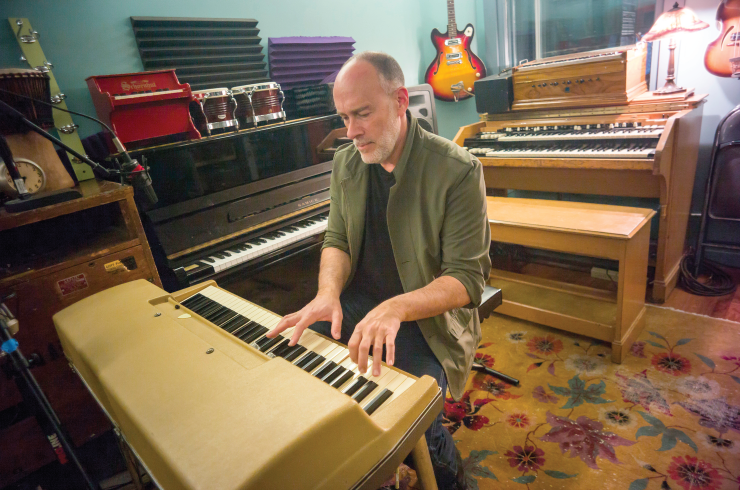 Mark Cohn makes music in his cohn of silence.

On Wednesday night at The Ark, Marc Cohn dialed us all back about 25 years, reprising his eponymous debut album and firing a host of emotional synapses throughout the appreciative near-capacity crowd.

Marc Cohn burst upon the pop music scene in 1991 with the release of Marc Cohn, going platinum and providing Mr. Cohn the recognition he justly deserved after 10 years of honing his craft as a struggling musician and performer. He was nominated for three Grammys that year and took home the Best New Artist award. Cohn followed with successful follow-up albums The Rainy Season and Burning the Daze… establishing him as a pre-eminent pop singer-songwriter, composer and instrumentalist in the mid-1990s. I was a big, big Marc Cohn fan back then, and though his subsequent work hasn’t achieved the commercial success of his early efforts, he continues to perform, collaborate and create new music for a legion of fans still emotionally bonded to his songs of love found, love lost and love reclaimed.

Last night – the first of two performances at The Ark on Wednesday and Friday – was purely nostalgic as for song selection. Many artists of Cohn’s era have recently dusted off their past works and re-played them in live commemorative tours. This silver anniversary tour began in March, continued through the summer including an overseas segment opening for Bonnie Raitt in Europe, and continues through May 2017. Wow. 57 year-old Marc Cohn evidenced no road weariness over the course of the evening, though his voice became raspier in the final third of his set.

Most of Marc’s sidemen have been playing with him for many years, and the sound was tight and expertly blended. Drummer Joe Bonadio did not have a conventional drum kit on stage, but it was never missed as he used a large African djembe drum, cajon and other percussion pieces to lay down the beat. Organist Glenn Patcha brought volume and depth to the music – he’s toured and recorded with Sheryl Crow, Bettye Lavette, Roger Waters, Ryan Adams, Willie Nelson, Loudon Wainwright and the great Levon Helm, to name a few. (In fact, the one song Cohn inserted into the playlist that was not on his first album was an homage to Helm: Listening to Levon, from Cohn’s 2007 album, Join the Parade.) Patcha channeled his best Garth Hudson organ style to take us back to The Band’s best days. Though I could barely see him hiding behind Cohn’s piano, guitarist Kevin Barry demonstrated not only his solo prowess but also his ability to achieve a seamless blend of sound with the other musicians…a craft honed over 40 years of masterful lap steel and guitar performances.

The album Marc Cohn played for us is unique to its genre for its variety and consistent excellence, varied in its emotions, and powerful in both words and music. After 25 years of playing these iconic songs, Marc Cohn – perhaps for the sake of his own sanity – has introduced chord variations, melodic departures, new riffs and improvisations that refreshed every song for us, yet still allowed us all to mouth every word of the songs that so many of us knew so well. The typically respectful Ark crowd would never sing along unless asked to (and we were) but as I looked down my row I would see most of my row mates mouthing the words right along with me.

The concert started (as does the album) with Walking in Memphis – the hit that catapulted him to fame. Cohn spoke of meeting Muriel Wilkins at the Hollywood Café in Memphis while on a trip to see Graceland. Inspired by her and his visit, Cohn wrote the largely autobiographical song. Throughout the night, Cohn continued to add meaning to the familiar music by explaining the personal core and impetus for his writing.

There was the song about his dad that makes me think about my dad: Silver Thunderbird. Dammit, Marc. Then a song that makes me think I’m 20 again: Perfect Love. C’mon, Marc. The last song of the album reminds me of good times with my ex-wife: True Companion. Marc!!! Judging from the sniffles in the audience, most of the 11 songs on the album touched deep memories for the largely middle-aged crowd. Well, I guess we asked for it; we even paid good money to be reminded of those times when music, memories and heart met in our lives.

I think often of performers like Marc whose light burned so brightly and then dimmed. Though he certainly wasn’t a one-hit wonder, his first hit was his biggest hit, and it would appear to less interested observers that he is riding his past fame from the early 90s until today. Nothing could be further from the truth; Cohn has continued to perform, collaborate and make new music over the last 25 years. To a more interested observer, and to all the true fans who showed up on Wednesday night, it wasn’t all about Walking in Memphis. It was about an album that has held up for 25 years, song for song, as one of the best pop albums of its era. It was about a musician’s career and the unusual arcs and twists it takes as he continues to work their craft, earn a living and perhaps exorcise some demons. And finally, it’s about firing those synapses to remember where we were, what we were doing and why we are so touched by Marc Cohn’s songs.

Just a few words about Seth Glier, who opened for Cohn last night with his sideman Joe Nerney. Glier has previously headlined at The Ark and brings a sweet tenor and sharp musical sensibility to any show, whether his own or as an opener. Glier paused for quiet moments during a couple of his songs, and you could have heard a pin drop – highly unusual for an opener while patrons are scuffling around looking for their seats. That’s why I love The Ark’s Ford Listening Room, and why I truly enjoyed Wednesday’s performance.