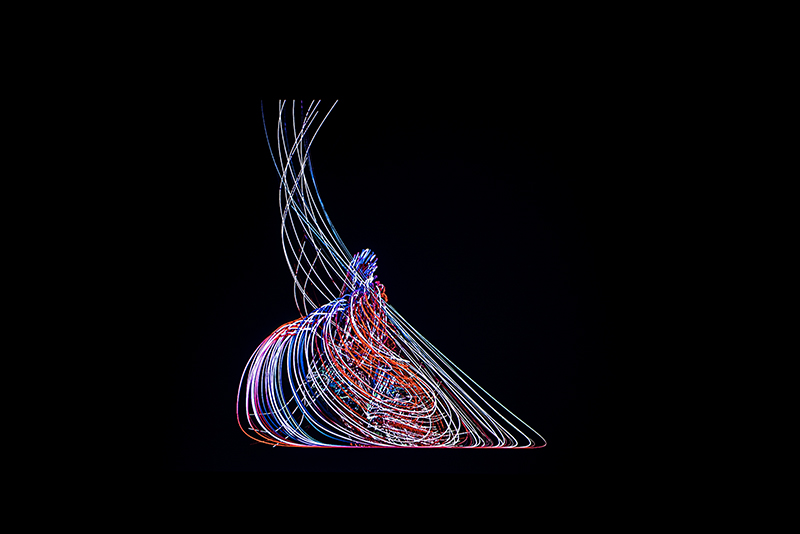 The art of motion is currently on display in the University of Michigan Museum of Art’s spirited Moving Images: Performance.

The second of UMMA's three presentations drawn from Istanbul, Turkey's Borusan Contemporary museum, Moving Images: Performance illustrates the subtle (and sometimes not-so-subtle) relationship of performance and moving-image media that’s been fostered by the advent of the portable video camera.

The exhibit complements the concurrent UMMA installation Rafael Lozano-Hemmer: Wavefunction, Subsculpture 9, which is a subject we’ll get to in a forthcoming review. But for the time being, the four short videos in this exhibit stand as prime examples of experimental filmmaking.

Typically classified cinematically as short subjects, these sorts of films have a long history going back to the origin of motion pictures. Indeed, these kinds of works -- experimental independent films with nontraditional narratives -- make up a significant chunk of the Ann Arbor Film Festival.

The four films in the exhibit are Kalliope Lemos’ At the Centre of the World; Elena Kovylina’s Equality; Roman Signer’s 56 Kleine Helikopter; and the Universal Everything group’s Presence 4. Each film features a different aspect of performance-based moving-image media. 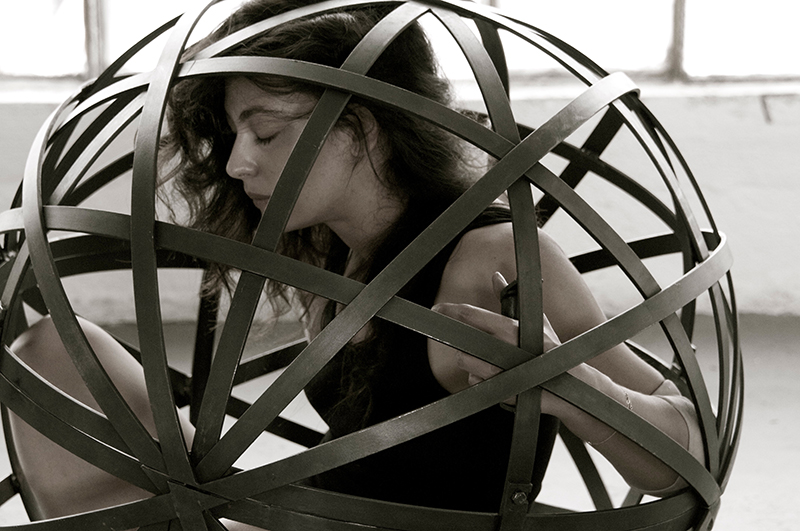 Kalliopi Lemos, At the Centre of the World; 2015, 16mm B&W film with sound; running time 8 minutes, 29 seconds; edition 1/5. Courtesy of the artist and Gazelli Art House.

Kalliope Lemos’ 2015 16mm black and white film with sound At the Centre of the World (running eight minutes, 29 seconds) is perhaps the most challenging short subject to watch in this exhibit's cinematic tetralogy.

A mixed-media and mixed-medium artwork, At the Centre of the World features a woman who is trapped within a body-sized iron-sphere sculpture crafted by Lemos. The video is that simple -- and it’s that complicated as we watch the woman roll about her studio, increasingly frustrated in her attempt to maneuver around the room.

Presumably a visual metaphor for being trapped in one’s world, the video does a good job of unsettling the viewer with its relentlessly swaying hand-held camerawork, which is as disconcerting as the model’s increasingly frantic and unsuccessful attempts to balance herself in the studio that serves as the center of her world.

The moving image of Elena Kovylina’s Equality is easily the most heroic -- as well as politically pungent -- in this exhibit. A 2014 single-channel video with a running time of seven minutes, 59 seconds, Equality follows a procession of participants, each holding a stool before him or her, walking in a single row and standing in solidarity at Palace Square in St. Petersburg, Russia.

We like to think this activity would be something like an art prank in our country. But in Russia, where democratic institutions and traditions are under severe stress, participating in such an installation could have legal and political consequences. Yet Kovylina’s performance art is so deceptively passive and so formally nonviolent, it’s up to the viewer to determine its meaning.

Our only clues are that the footstools have been cut at such a height that the many participants standing on them are superficially equal. Despite their obvious differences in gender, age, ethnicity, and occupational standing, the people stand hand-in-hand looking forward, ostensibly symbolizing the social equality that democracy fosters. Kovylina’s video (like her performance art) questions what is real and what is only apparent in contemporary Russian society. 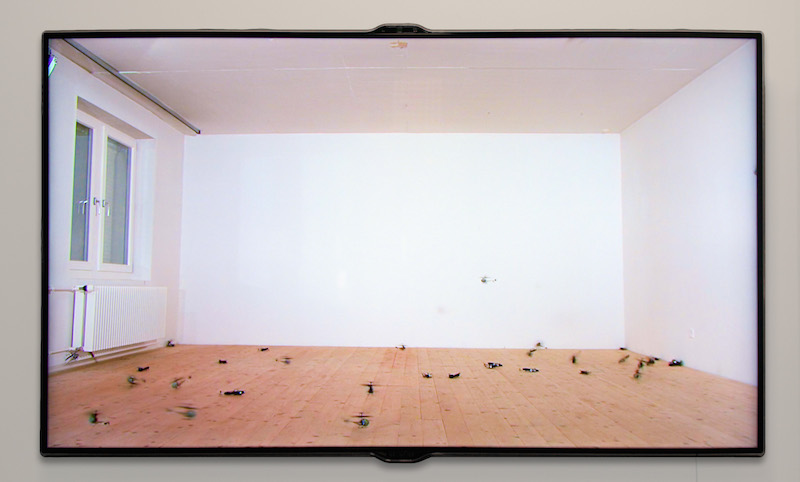 Sometimes art is seemingly really no more than it appears to be. Swiss artist Roman Signer’s 56 kleine Helikopter, a 2008 high-definition color video that runs three minutes, 14 seconds, is just as its title says: 56 small helicopters let loose to riot and buzz around in an enclosed studio space.

It's possible the video illustrates the futility of range and motion in our current state of social and political affairs. But it looks to me like it’s more of a really cool idea to crash and burn a bunch of drones. Admittedly, it’s fun to watch these little copters repetitively slam into each other in a sort of miniature death race, with only a small number of them surviving the aerial mayhem.

Finally, Sheffield, England-based design consortium Universal Everything’s 2013 stereo, two-channel digital video Presence 4 (two minutes running time) turns a dancer's movement into colorful digital abstraction. The undulating curvilinear image of Presence 4 flows seamlessly in and out of an abstract whip and tide, with the dancing figure coming in and out of focus.

There’s not much commercial potential in this sort of filmmaking, but Presence 4 displays the ongoing value of experimental cinema in our postmodern era. As this short blissfully shows us through dance, adventurous video will thrive despite market restrictions -- and the art of filmmaking is so much better for it.