Kickshaw Theatre's "Or," is a farce with sharp teeth 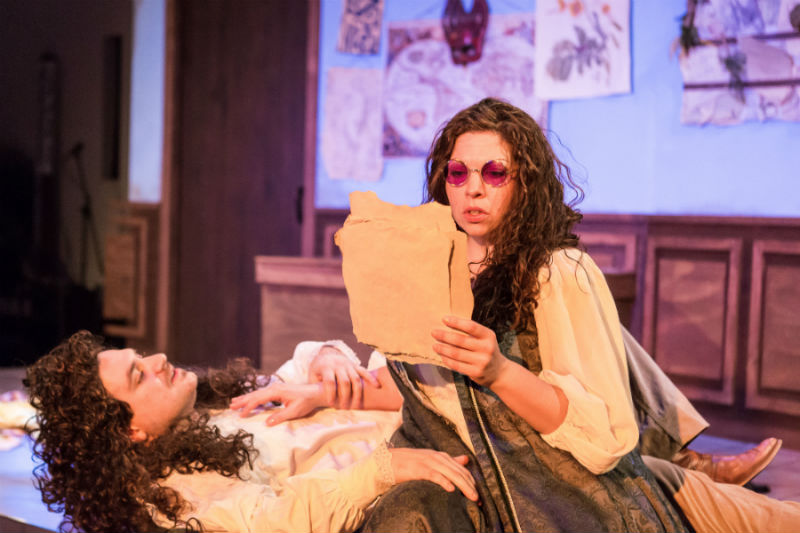 Plagued with laughs: Daniel Helmer and Vanessa Sawson star in the sharp-edged farce Or,. Photo by Sean Carter Photography.

Farce is tricky to pull off, but when it’s done well, there are few things funnier. The rest of the time, it’s either tedious or just plain embarrassing. Unfortunately, there isn’t much mediocre farce.

A lot of what sets the sublime apart from the shabby is precision. Yes, all comedy relies on timing, but farce requires lightning-fast costume changes, flitting facial expressions, and meticulously calibrated entrances.

Thankfully, Or, the newest production from Kickshaw Theatre is an exquisite farce as performed by masters of their craft.

Of course, with a title like Or, this is not just a farce. Or, could reasonably be grouped alongside Restoration-era sex comedies, or perhaps with the witty historical comedies of Tom Stoppard, or even with political thrillers. It’s a play anachronistically set in the 1660s-cum-1960s. People burst through doorways dressed in ridiculous wigs like in any standard-fare farce, but this is farce with its teeth bared. Or, focuses on people who dream of a world of love and peace, yet these people are living through wars and plagues.

Whatever label you choose to stick on it, Or, is impeccably acted and very funny. 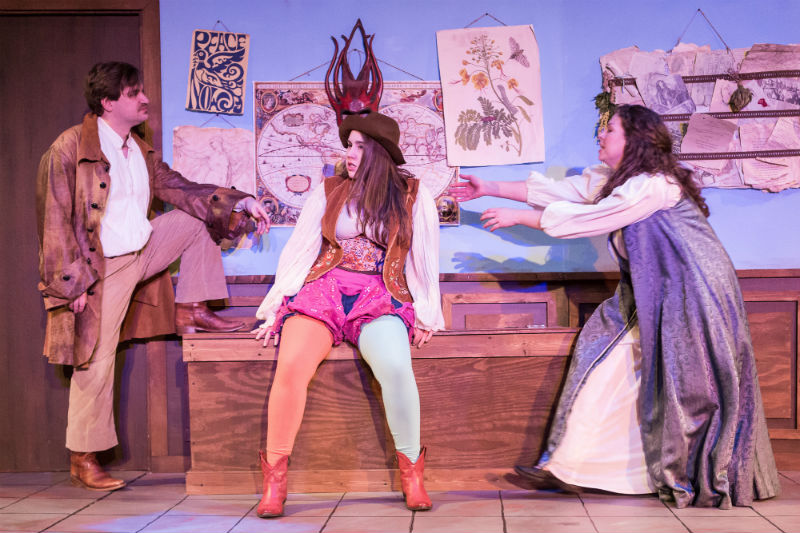 Vanessa Sawson as Aphra Behn, the spy-turned-playwright, is brilliant throughout, and the other actors are likewise excellent. Particularly impressive are Daniel Helmer’s aptness for physical comedy and Mary Dilworth’s sort-of-brief turn as the head a local theater troupe (for both, see the above note on ridiculous wigs). Suzi Regan’s direction seamlessly ricochets the story from comedy to drama and back to comedy throughout the play's 90-minute run.

The attention to details extends beyond the acting and permeates every other part of the show as well. Kickshaw may not have the deep pockets of some other theater companies, but it has put a lot of care into this production, which is clearly a labor of love. I highly suggest sticking around after the show to talk with Lynn Lammers, the founder and artistic director of Kickshaw Theatre, about the “Easter Eggs” hidden throughout the production -- her enthusiasm is infectious and nearly as joy-inducing as the show itself.

Kickshaw is quickly becoming locally known for its pop-up theater around Ann Arbor, rarely performing in the same venue twice and often choosing the location based on the needs and themes of the show. In this case, Or, is a story about individuals striving for love and acceptance in a scary and tumultuous world and it’s performed at a local Interfaith Center for Spiritual Growth.

Ultimately, Or, is a story about caring about others and finding hope no matter how dire the situation. That’s a message most of us can get behind.

Kickshaw Theatre's production of "Or," runs through March 4 at the Interfaith Center for Spiritual Growth, 704 Airport Blvd., Ann Arbor. Visit kickshawtheatre.org for tickets and more information.