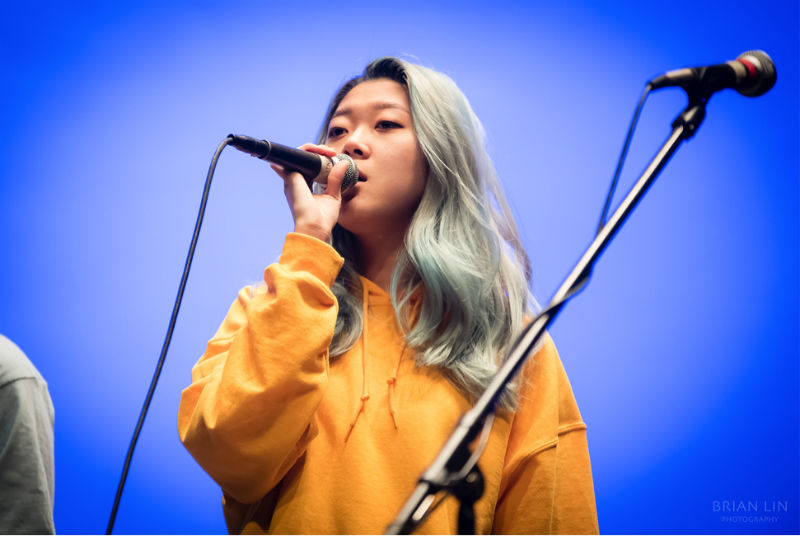 Minji Kim of Seoul Juice on stage at the University of Michigan’s Lydia Mendelssohn Theatre. Photo by Brian Lin.

On April 7, over 500 of the University of Michigan’s Asian Pacific Islander America (APIA) students gathered in the Lydia Mendelssohn Theatre for the 23rd annual Generation APA Cultural Show. Organized by the student-run coalition United Asian American Organizations (UAAO), GenAPA is a pan-Asian cultural show that features traditional, modern, and fusion performances of different Asian backgrounds to celebrate the dual diversity and unity within the Asian diaspora.

This was my fourth year attending and the second year performing as a part of Seoul Juice, a Korean-American singing and instrumental cover group, alongside performances like Vietnamese and Chinese fan dances, Korean traditional percussion and pop, Indian classical dance and song, Mongolian instruments, spoken word, hip-hop dancing, and more.

Each of the performances celebrated APIA in different ways. The Vietnamese Student Association Culture Show’s fan dance group did a modern take on the traditional medium by dancing to Vietnamese pop, and the all-girls Chinese dance group VeryUs incorporated Chinese pop, jazz, and traditional Chinese dance into the same performance as well. Some groups like Michigan Sahana and the Mongolian Cultural Organization stayed true to their roots with classical/traditional Indian and Korean performances, and other groups fully embraced modern trends in their hip-hop dances.

The last show of my undergraduate career was a mashup of two South Korean pop (K-pop) songs and an American pop song -- "D (Half Moon)" by Dean, "Bad Boy" by Red Velvet, and "That’s What I Like" by Bruno Mars -- that we self-arranged to fit our singing ranges and instruments: acoustic guitar, electric guitar, keyboard, and cajon. 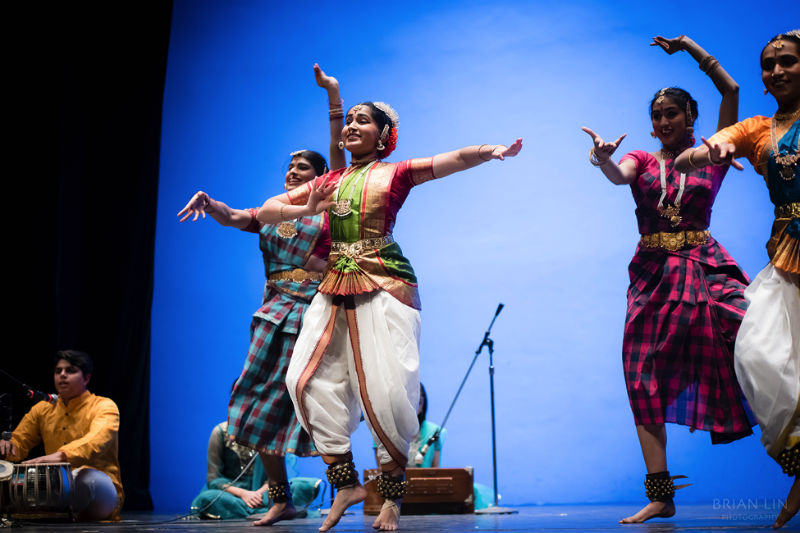 The mashup and rearranging of the Korean and American songs represented our own distinct blends of our Korean and Korean-American identities and experiences. This was so significant because the past four years have been transformative for me and my identity building.

I had always been involved in Korean American communities throughout my life, so I naturally joined that community when I started attending the University of Michigan in 2014. A few upperclassman friends had decided to revive Seoul Juice, which used to a be an a capella performance for the yearly Korean Student Association (KSA) Culture Show, and invited me to be a part of the first cohort as a first-semester freshman. That first year, we stuck to KSA-affiliated events, but three and a half years later, we’ve been able to be a part of many different cultural programs all around campus.

The growth of Seoul Juice parallels my own growth in my Asian-American identity. Having thought mostly of my South Korean ethnicity while growing up, I didn’t understand the variety and complexity of the larger APIA community. But as Seoul Juice started participating in non-Korean and pan-Asian programs like GenAPA, I got to witness the nuances, depths, and legacies of Asian and Asian American art and culture that I hadn’t thought about before. 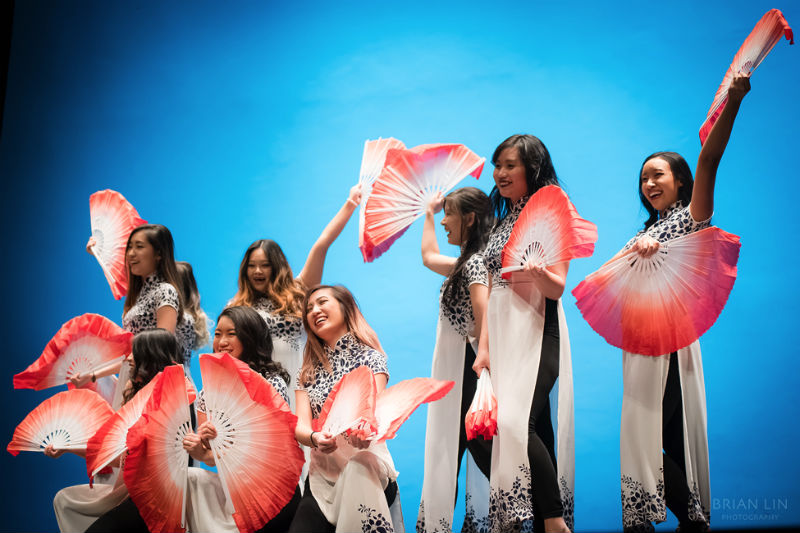 Although APIAs are the most highly represented students of color at the University of Michigan, there is a dark history of erasure and negligence done onto our community from the university and larger society. Through our cultural performances, we proclaim that we cannot be silenced or ignored with bright costumes, non-English lyrics, and hard-hitting moves.

GenAPA’s theme this year was “Clarity: Clear Eyes, Open Minds,” and they asked each group to explain what that means to them in the auditions, social media interviews, and pre-performance introduction videos. For us and many others, it meant really seeing the APIA community not as a monolith, but as a unity of diverse cultures, identities, and experiences and recognizing our own place within that.

GenAPA’s job was providing the first part of that -- it was on each person to work on the latter. For me, recognizing my place meant understanding the dual marginalization and privilege I experience as an East Asian and South Korean person. It meant talking about how Seoul Juice’s performance of Korean and American pop mashups both empowered our Korean-American identities and also potentially took space from South and Southeast Asian groups who are underrepresented even within the APIA community and GenAPA, in which four out of 12 acts this year were Korean. It meant challenging the stereotypes and exoticization put on us as Asians, but also challenging the appropriation of blackness within the show and overall colorism within our own community. And while the Michigan APIA community still has a way to go in being more inclusive and equitable, our performances of songs, dances, and words allowed us to both celebrate and challenge ourselves and our place in American culture.

Minji Kim is a graduating senior in communications and writing at the University of Michigan, the leader of Seoul Juice, and co-owner of Unforeseen Clothing. Her clothing line can be found at shopunforeseen.com.