From the Ancient to the Future: Osborne Macharia and Blinky Bill on Afrofuturism 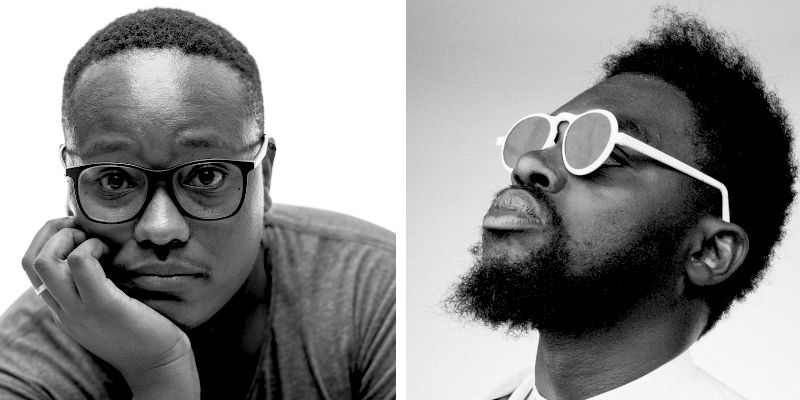 I love the energy of the Penny Stamps Distinguished Speaker Series, where one can go to the Michigan Theater, join a multi-aged crowd, then sit back and hear the perspective of a creator who has been selected to create a dynamic learning experience for the audience members.

But I hate that idea of Afrofuturism confounds me.

I once had a friend who was into Afrofuturism and I could never quite understand what he was talking about. I’ve been to some Afrofuturism-themed exhibits, I’ve listened to a speaker or two, and I’ve seen a movie about it. I tried to get into it but remained confounded.

Kenyan photographer Osborne Macharia stood on the stage of the Michigan Theater on September 13 and said he hoped the audience would have a better understanding of the Afrofuturism concept by the end of the evening. Mancharia’s website describes Afrofuturism as “an artistic repurpose of the post-colonial African narrative through integrating historical elements, present culture and future aspirations of people of colo[u]r by using narrative, fantasy, and fiction to highlight African identity.”

At the Michigan Theater, I felt the same as I once did as a math student before my algebra breakthrough: I’d give it a try but didn’t feel confident that I would leave the session with any grand revelations.

But I came with an open mind.

As I took in my surroundings waiting for the event to start, I became aware of the music that played and noticed a man standing on the corner of the stage. Macharia's fellow Nairobi resident Blinky Bill stood before his laptop, wearing a straw hat and a sweater that reminded me of one of Heathcliff Huxtable’s getups (if we’re even allowed to say that anymore). He looked so stylish as he moved to the beats and I became aware of my own body in space, my own movement. I was stricken by the impulse to become still, but that music pulled me to sway anyway.

I couldn’t tell quite what was happening on stage as Macharia began his talk. He stood on one end of the stage, Blinky Bill at the other, while Abraham and Mageto moved around freely. As I watched, I came to understand that the four of them were telling a story together. Macharia worked the words, Blinky Bill played the music, and the other two men handled movement.

Macharia led us through the stories of how several of his photos came into existence as Blinky Bill enhanced the mood with his music. If you’ve ever been to an AADL storytime, you’ve seen a storyteller in front of the crowd acting out elements of the tale; that’s what Abraham and Mageto did. And then there’s the part where the storyteller asks for the audience’s participation. In this case, at a certain part of the tale -- where the suspense was heightened and we were waiting for the punch line -- is when the audience was invited to respond, “Yo, is this for real?”

They told stories of 80-year-olds dressed like guys from the '70s hip-hop scene who taught young men about the positive tenets of hip-hop, such as justice, equality, and peace. And the chronicled women who had abandoned their work as female circumcisers in favor of the fashion industry where they mentored young females. In addition to voice, music, and movement, photographs were used to tell the tales. Bold, colorful, bright photographs featuring African people in a variety of styles commanded the viewer’s attention. There were also stories of a fight club and a group of people who, with fierce animals at their side, went into the forests to protect the flora and fauna.

Yo, is this for real?

No, this is Afrofuturism.

“All of it is fiction. None of it exists in reality. Welcome to Afrofuturism.”
--Osborne Macharia

That evening was the first time where I felt like I had a framework from which I can begin to engage with Afrofuturism. When Blinky Bill stepped from behind his computer to talk a bit about his work, it was like being invited into someone's home to stay for a while. Perhaps it was, in part, because his references were so accessible to me. He talked about being influenced by African artists such as the Congolese musician Franco Luambo Makiadi of OK Jazz but also Stevie Wonder, who I grew up listening to. He told us that he was named after a cartoon character, in part because a producer he looked up to, Danger Mouse, was named after a cartoon character.

As I listened, I found myself wondering why these shared reference points were effective at anchoring me. After all, I had been drawn into the stories from the stage before these connections were highlighted. Once seduced by the familiar, did I listen a little harder? A cloud of discomfort came over me as I caught myself behaving in a way that annoys me. After all, one does not need to be on the inside of something to appreciate it. One can enjoy things that do not belong to them.

Taking in Blinky Bill’s energy helped shake away my uncomfortable fog. Joy seemed to steam off of him as he talked about his approach to his work, how he likes to create the things that he can imagine yet aren’t real. He showed the audience a video for the song "Huff + Puff" by the Kenyan group Just a Band that I didn’t exactly know how to interpret. Yet Blinky Bill's time at the mic left me looking forward to his next project, Everybody’s Winging It and Other Fly Tales, his debut solo project.

Macharia reclaimed the microphone and took the audience on a tour of the experiences the artists created through events and other works. At the time of the talk, Macharia and Osborne were in a week-long Detroit residency supported by the Witt Visiting Artists program at the Stamps School of Art & Design to work on a project called Remember the Rude Boy. The Stamps website describes the work as a "fictional narrative about a tailor and his 'up-cycled' thrift shop fashion collections, Remember The Rude Boy is a celebration of Black Fatherhood and mentorship within the community." The project also aims to imagine the stories of those who might otherwise be forgotten: African-American veterans. Rude Boy features men who had served in Vietnam, Grenada and Honduras, the Persian Gulf, and the Korean War, and some of them were in the audience that evening.

At this point, the audience was invited behind the curtain a bit, seeing how the photographs for Rude Boy were composed, how the narrative was built, and a glimpse of the project to come.