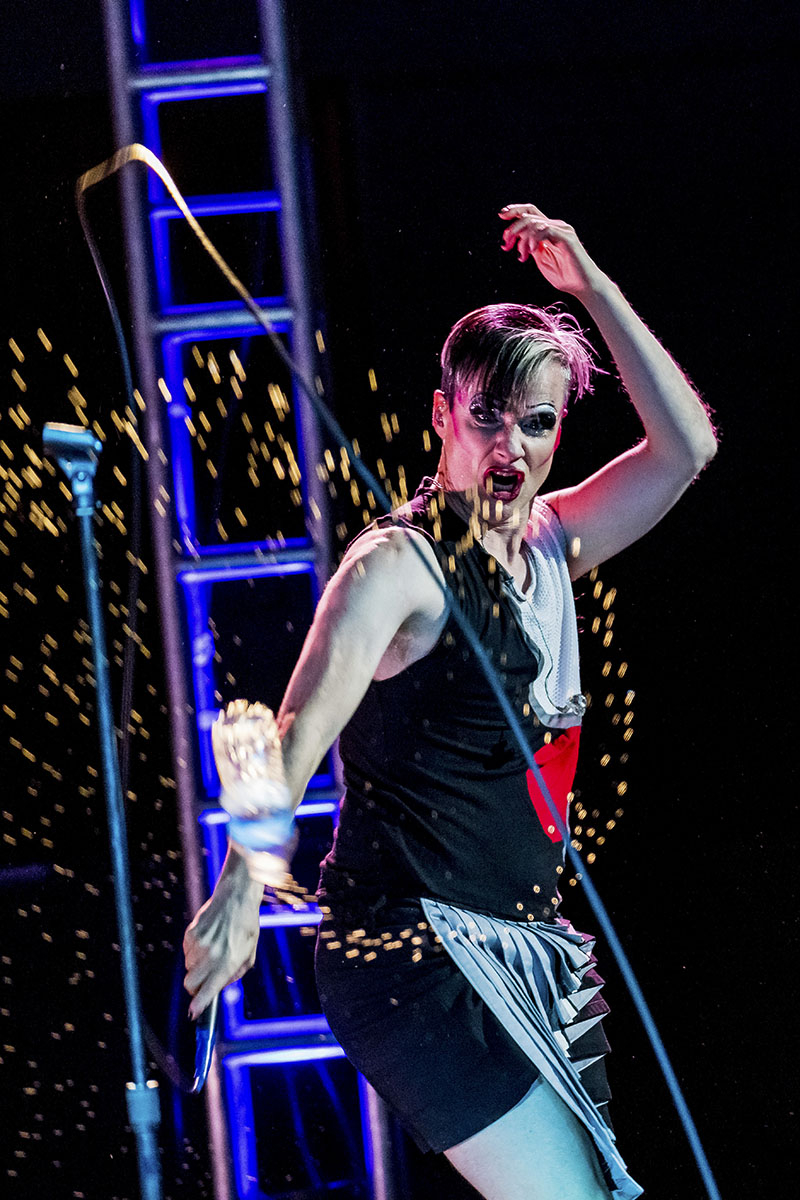 From where I sat, bold body art and piercings, asymmetrical haircuts, and statement eyeglasses abounded. And although about two decades have passed since Mitchell first created and performed in the groundbreaking show (and film) that would become his calling card, Hedwig and the Angry Inch, he not only rocked Hill Auditorium on his ongoing Origin of Love Tour but crowd-surfed, Superman-style, during an encore number.

But the two-hour concert kicked off with a direct reference from Hedwig, as powerhouse guest vocalist Amber Martin arrived first on stage and announced, “Ladies and gentlemen, whether you like it or not … John Cameron Mitchell!” 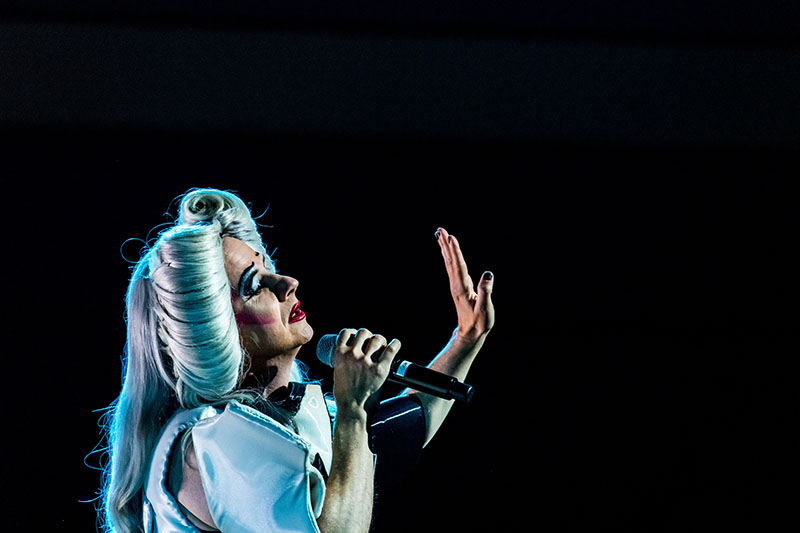 Dressed in Hedwig’s trademark blond wig -- with two huge curls peeled back from each side of his face -- and Erik Bergrin’s hyper-structural, black and white, “Transformer Cubism” armor dress, Mitchell opened by singing “The Origin of Love,” followed by a talk about the mythical origins of, well, “The Origin.” (Video designer Michael Zumbrun, meanwhile, standing stage-side, manually provided evocative, often hilarious visual backdrops for several of Mitchell’s stories and songs.)

Yet Mitchell also acknowledged that proceeds from his tour would go toward paying for his mother’s care, as she suffers from Alzheimer’s.

“I used to be going to hell for all this,” Mitchell quipped. “Now it’s paying her rent.”

Between songs, Mitchell explained that his chance meeting on a plane with Hedwig co-creator Steven Trask -- a rock musician/composer -- planted the seed for what would eventually become, through unconventional development in club shows and cabarets, a celebrated cult classic. Mitchell had, at that time, been getting stage roles regularly in New York. “But I was bored,” he said. “I wanted … rock 'n' roll, but with theater’s structure.” 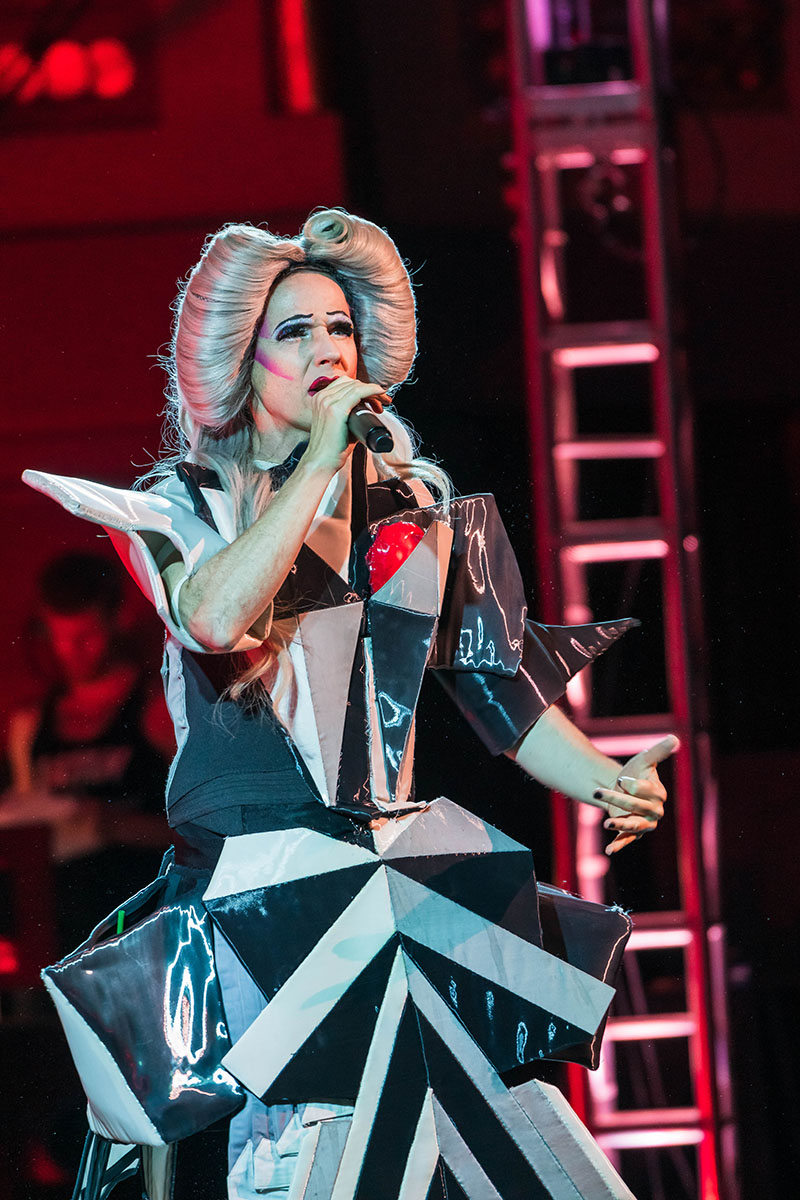 Backed by a terrific three-piece band and vacillating between sometimes melancholy (“Wicked Little Town”), sometimes raucous (“Sugar Daddy”) songs, Mitchell spent a good portion of Saturday’s show talking candidly about his personal life, his art, and the intersection between the two. Martin performed Lou Reed’s “Waves of Fear,” for instance, on the heels of Mitchell telling a story about once spotting -- and subsequently stalking -- Reed, and then connecting that tale to Mitchell’s late boyfriend’s protracted struggle with alcoholism.

In truth, these were moments that made Saturday’s “Origin” show feel so disarmingly intimate and memorable. Not only did Mitchell entertain with a no-holds-barred, rock-concert-style performance -- sometimes climbing atop seated audience members, only to throw himself back onto the stage moments later -- but he also, in a way that mirrored the gradual removal of his costume’s many layers, repeatedly bared his soul, and invited us all to simply be present with him as he recalled his life’s greatest joys and most gut-wrenching sorrows. 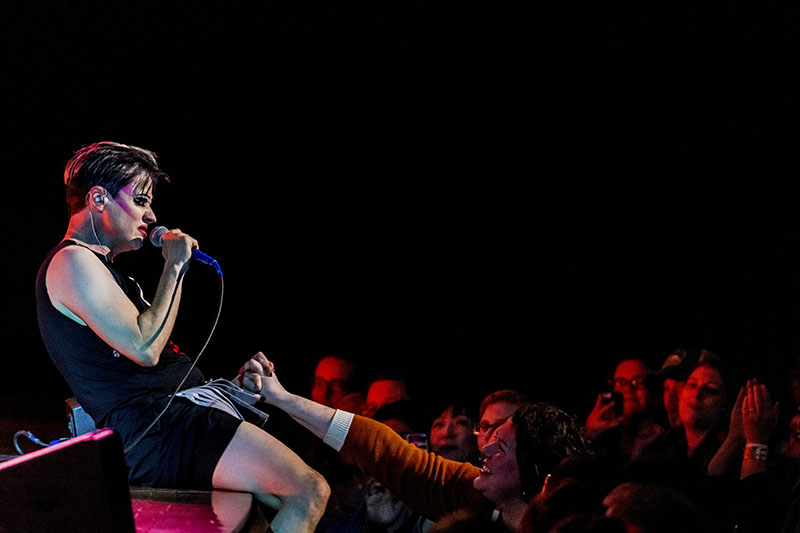 The night’s regular set concluded with Mitchell performing two signature Hedwig songs, “Wig in a Box” and “Midnight Radio,” while the extensive encore included “Tear Me Down”; a salute to Detroit by way of Diana Ross’ “Love Hangover” (per Mitchell: “We thought, we could go Iggy, we could go MC5, or we could go … Diana”); and visceral, searing renditions of Led Zeppelin’s “Rock and Roll” and Hedwig's “Angry Inch.”

But I didn’t even mention Mitchell’s live, on-stage call from U-M grad, Emmy winner, and self-proclaimed Hed-head Darren Criss, who played Hedwig’s title role on Broadway for a few months in 2015. Nor did I talk about how Mitchell seemed unnerved and saddened by the appearance of an anti-gay manifesto on the rainbow-colored doors of the local Ann Arbor church where he’d spoken the night before.

Perhaps this is because these were but steps within the larger journey Mitchell took us all on that night.

For as I once told my budding visual artist daughter, creating art isn’t about replicating something perfectly, but instead showing the world how something appears to you so that the rest of us get a glimpse into your mind and perspective.

That’s what Mitchell did; it’s what he continues to do. And we’re all so much better for it.

More photos from the evening by Doug Coombe: 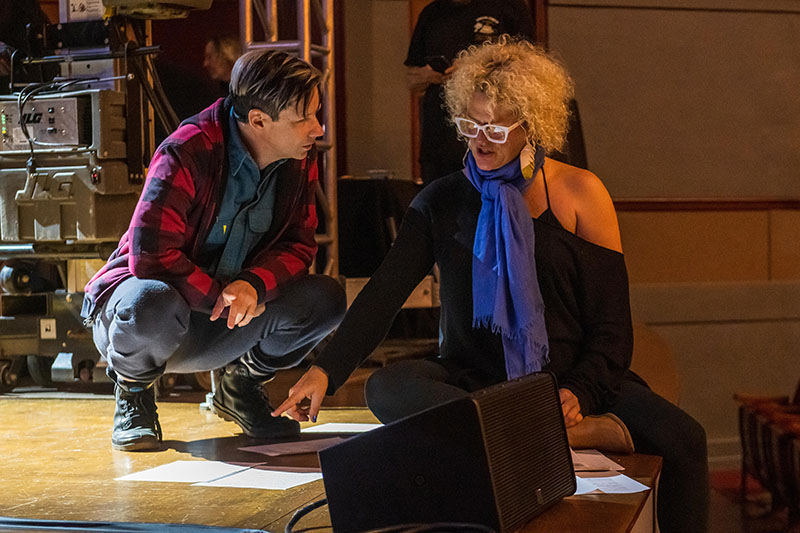 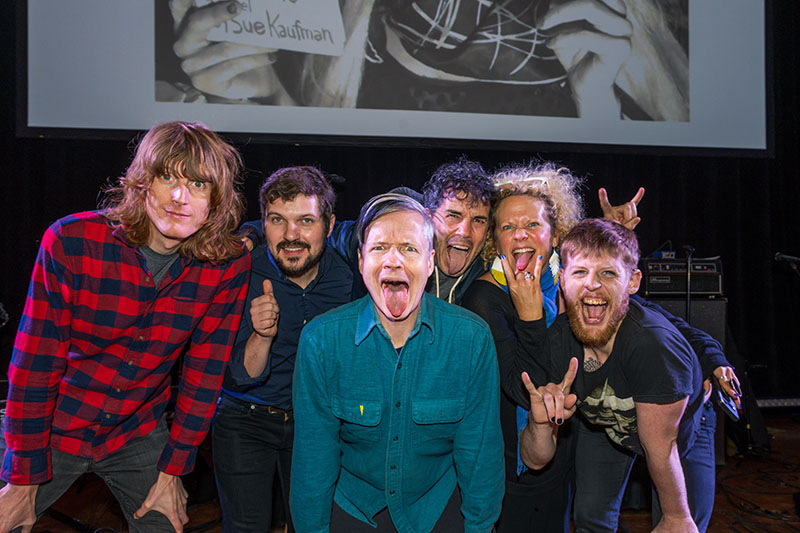 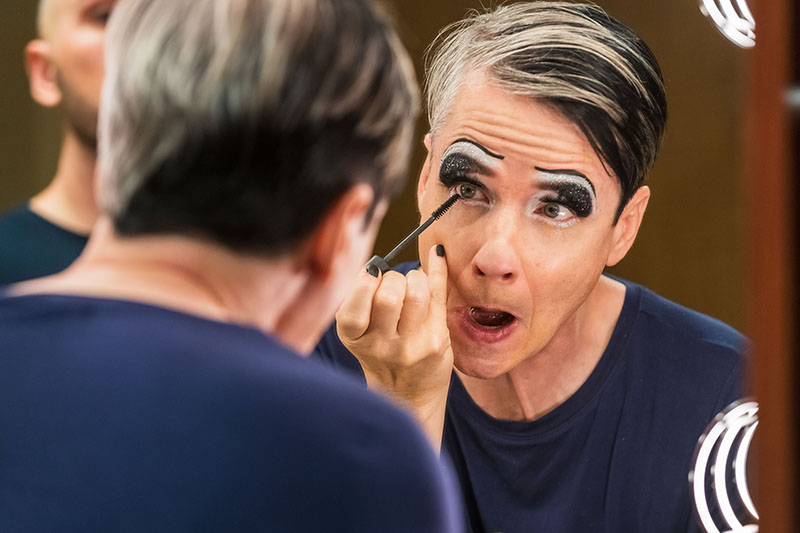 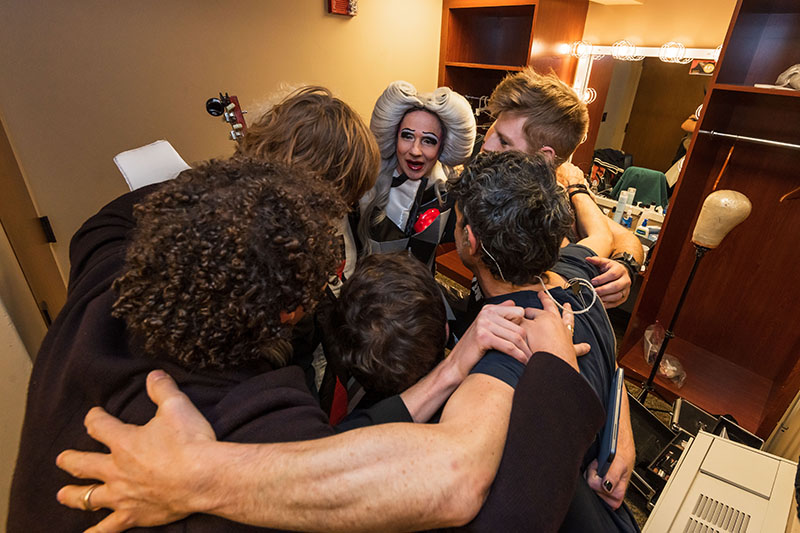 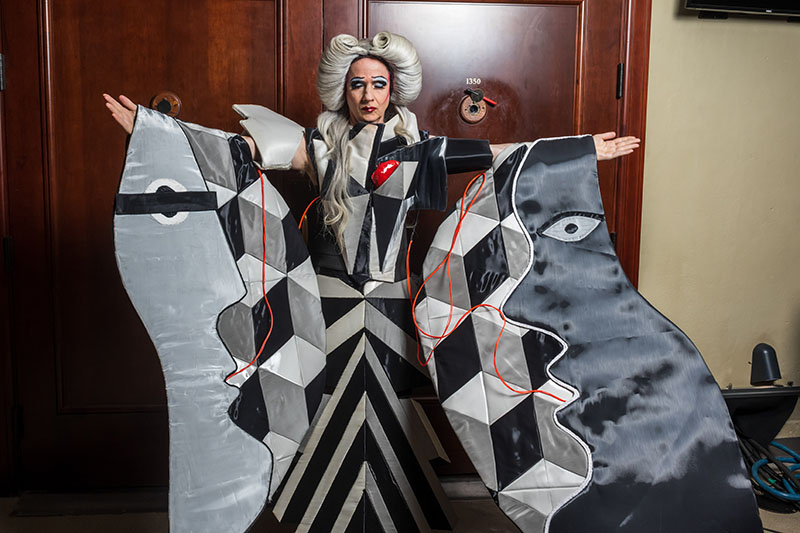 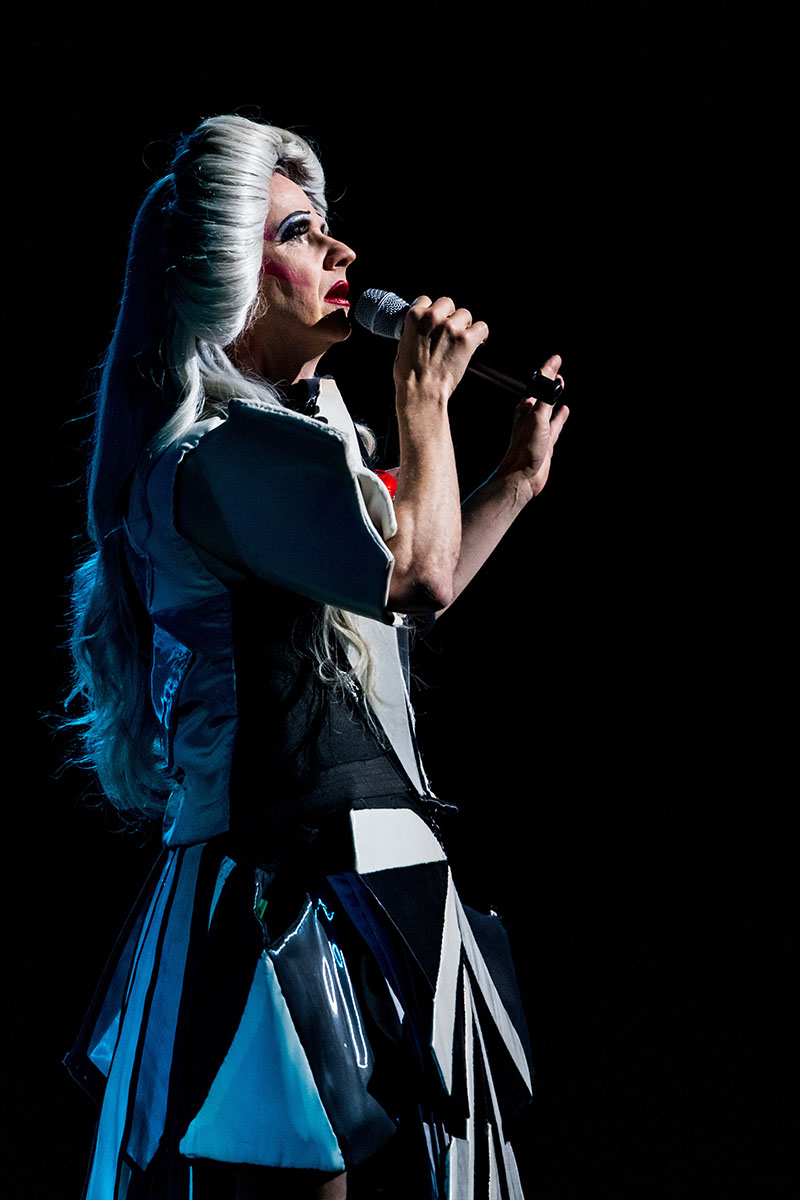 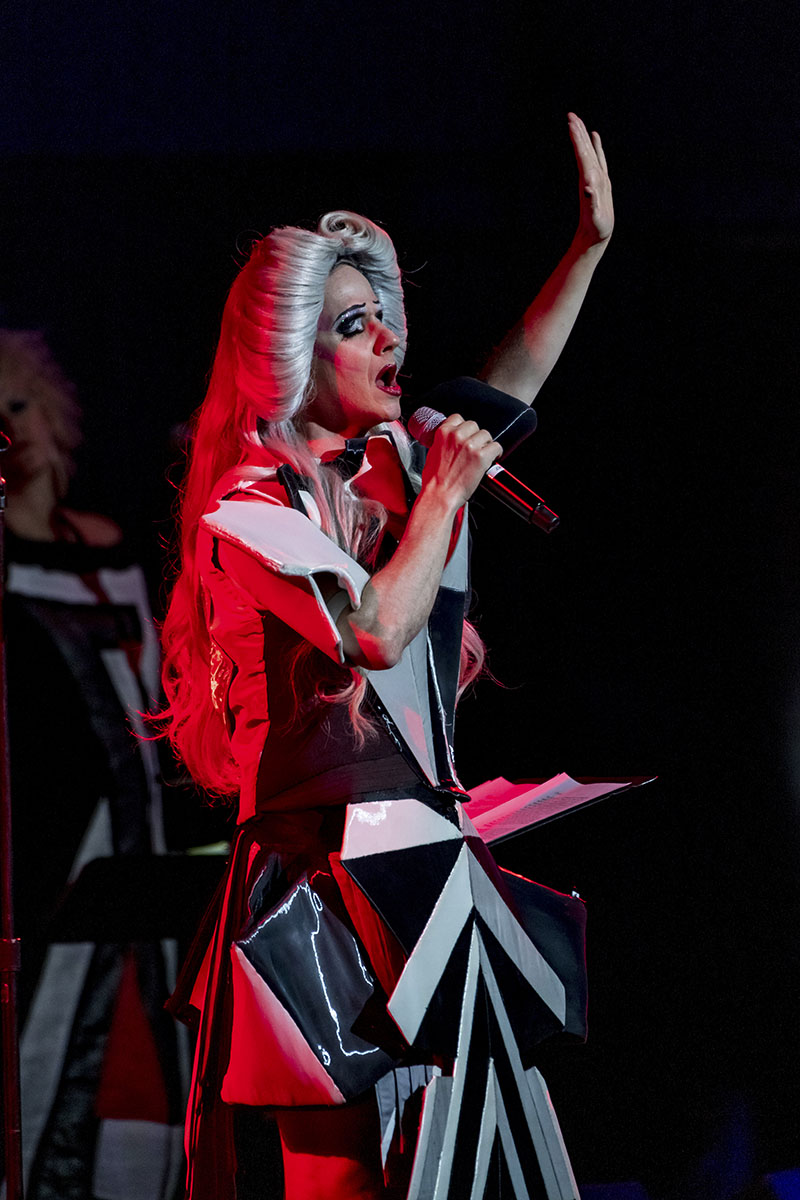 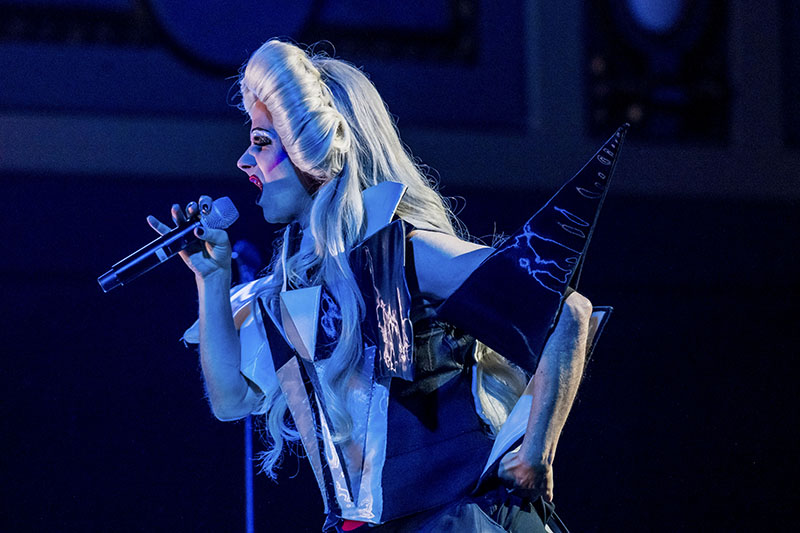 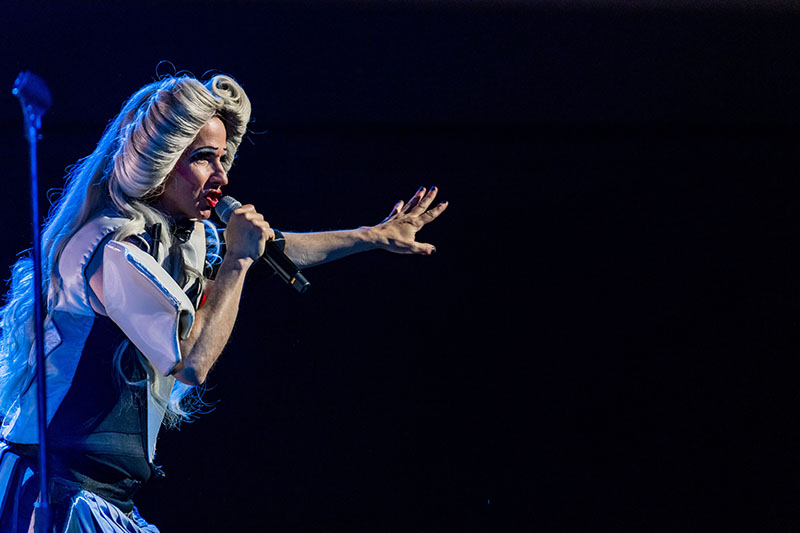 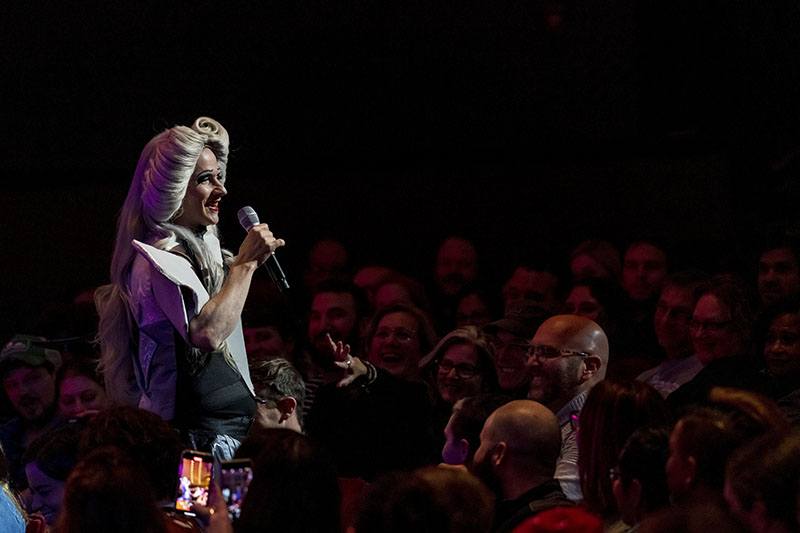 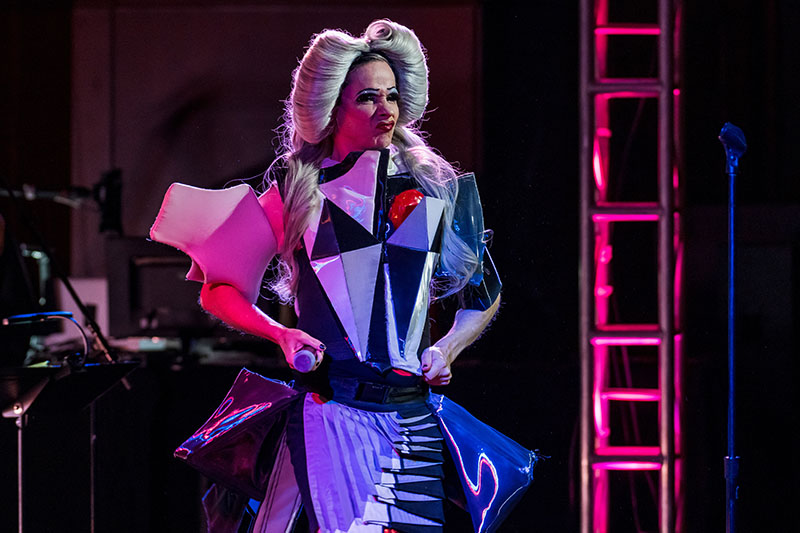 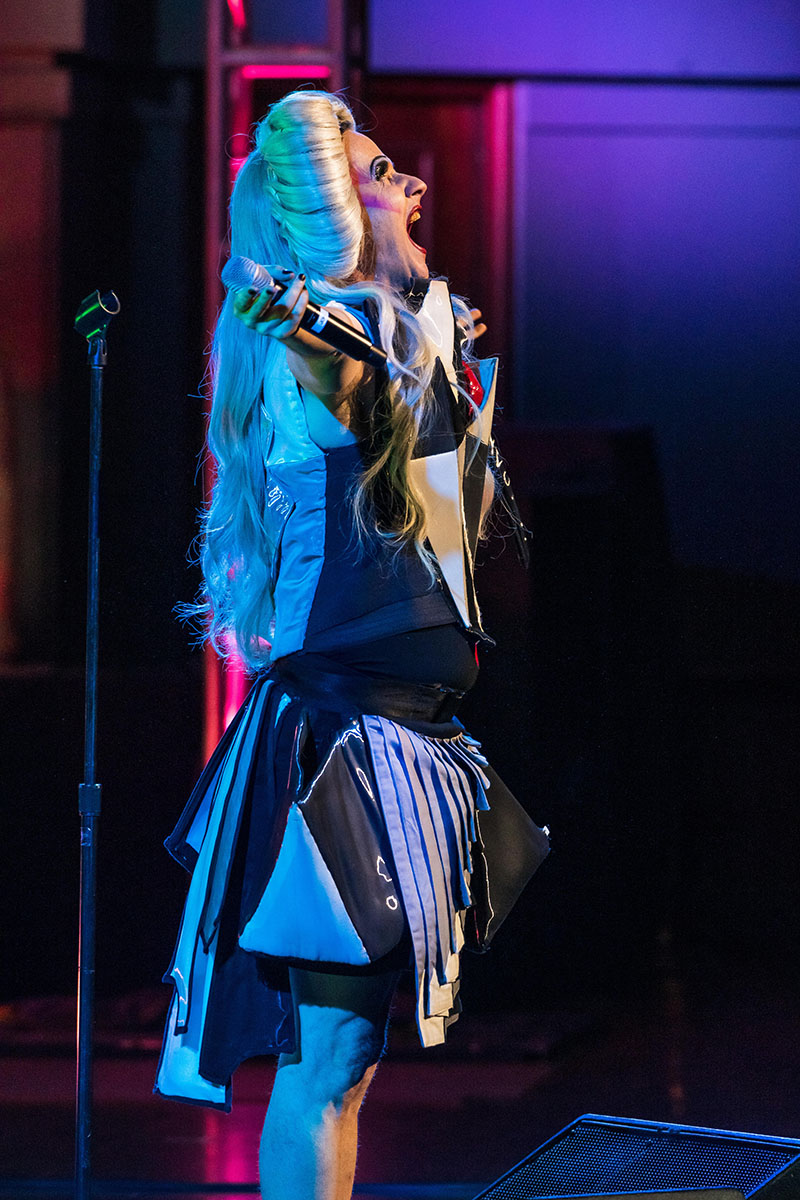 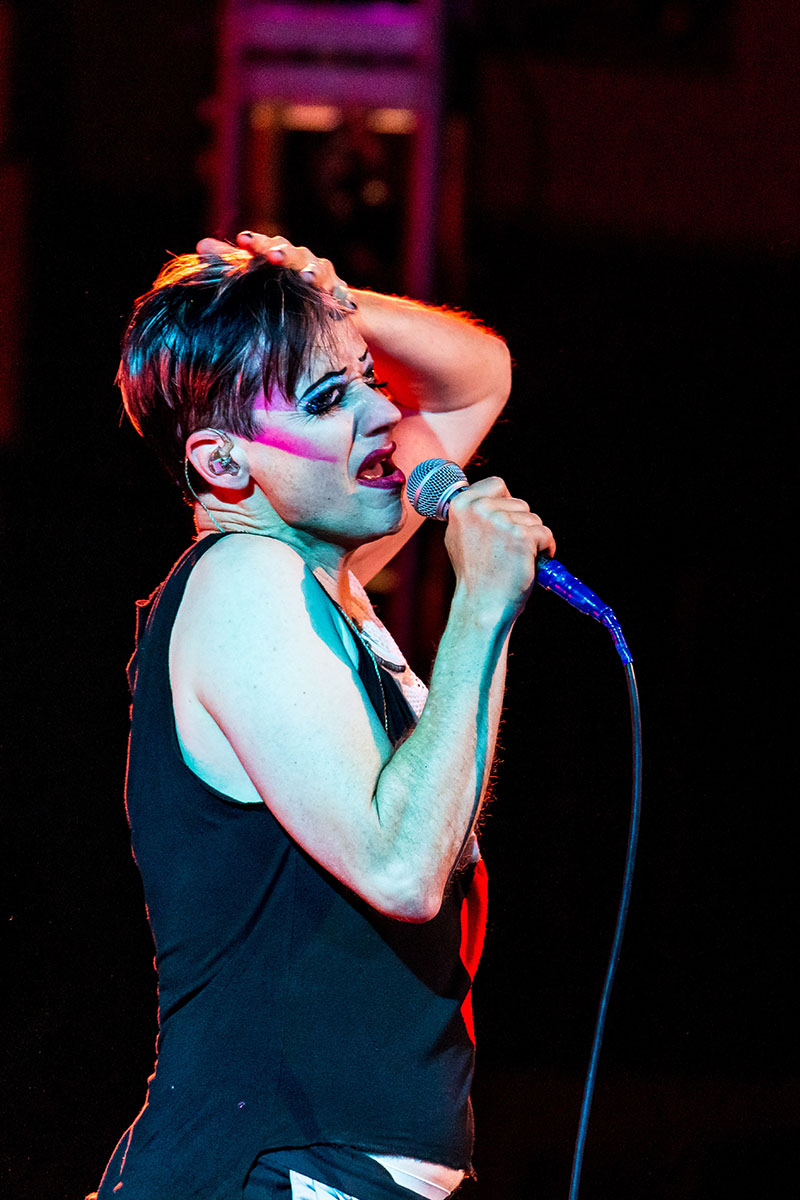 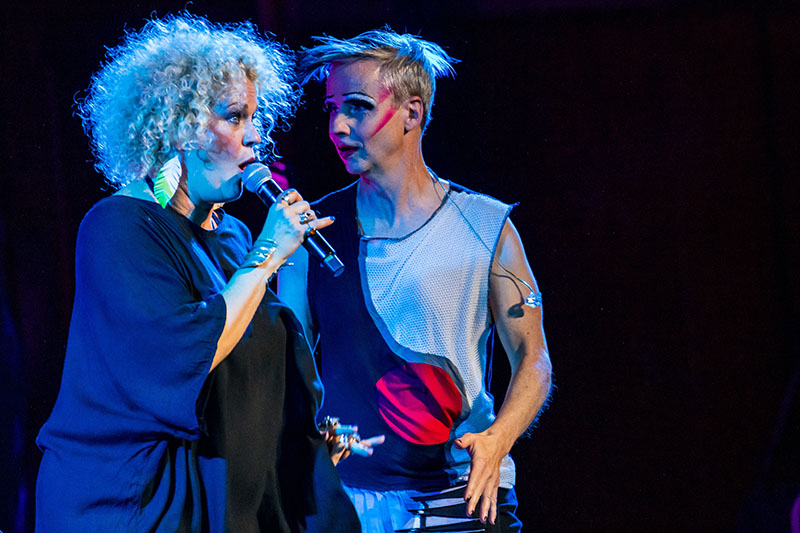 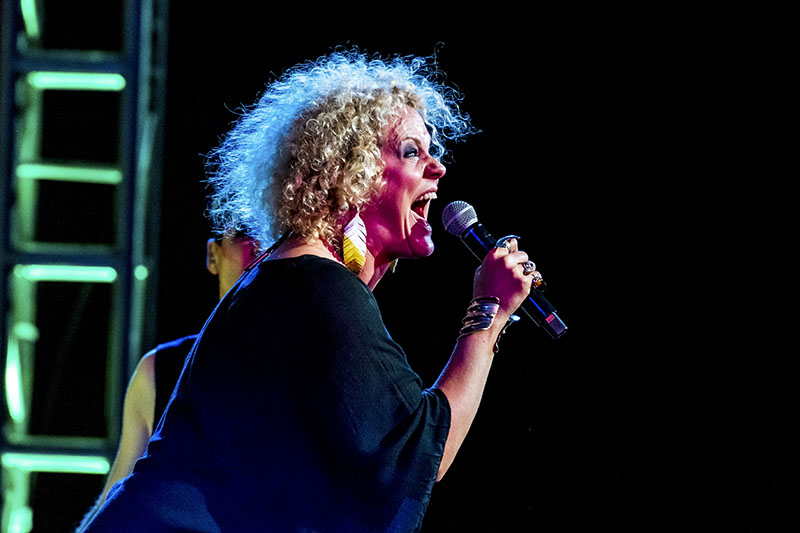 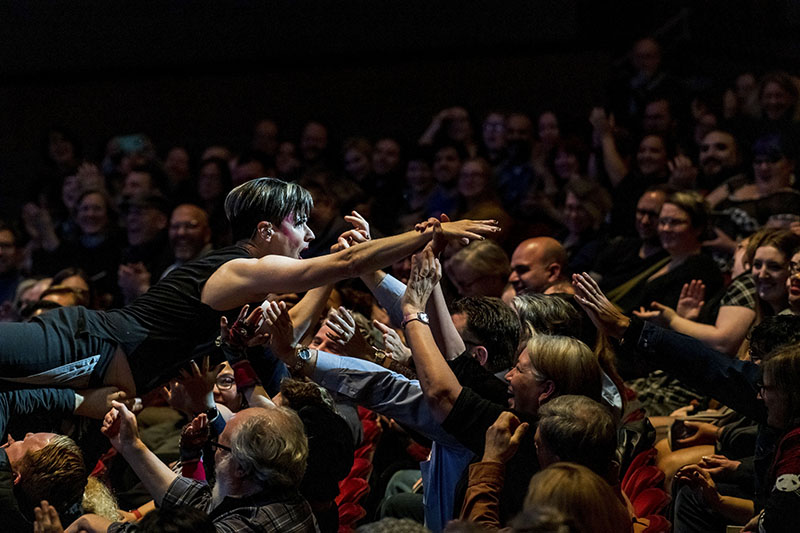 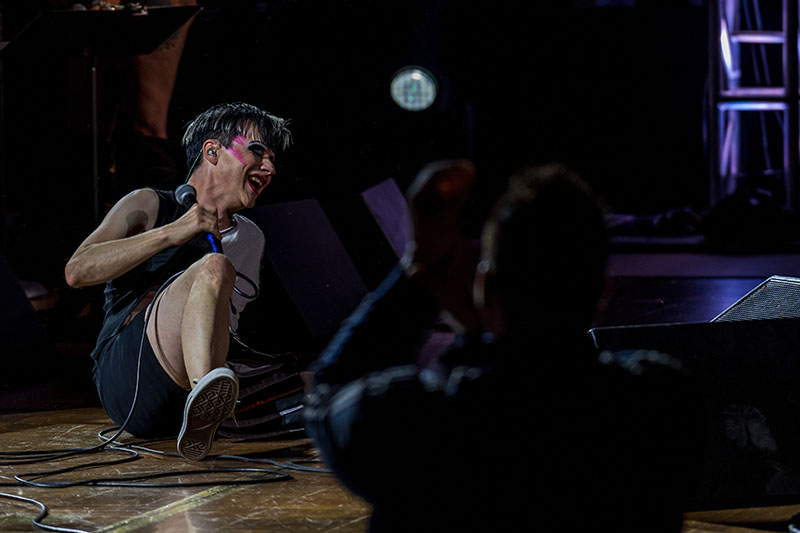 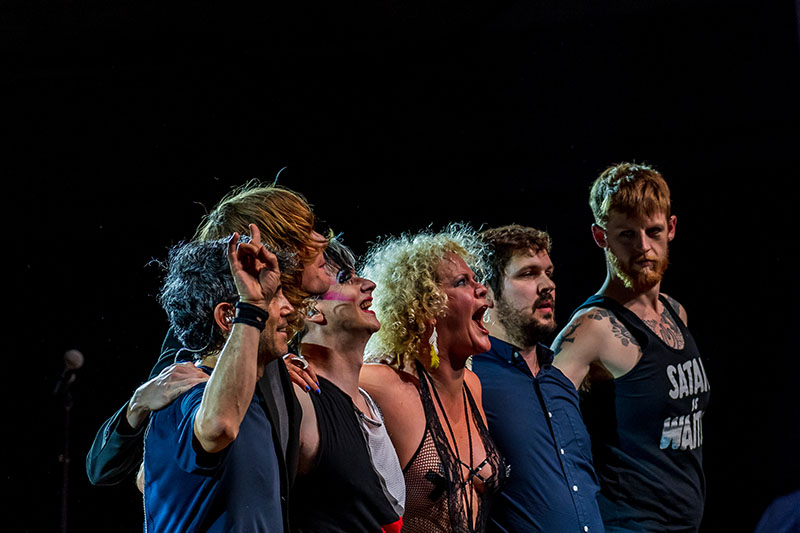