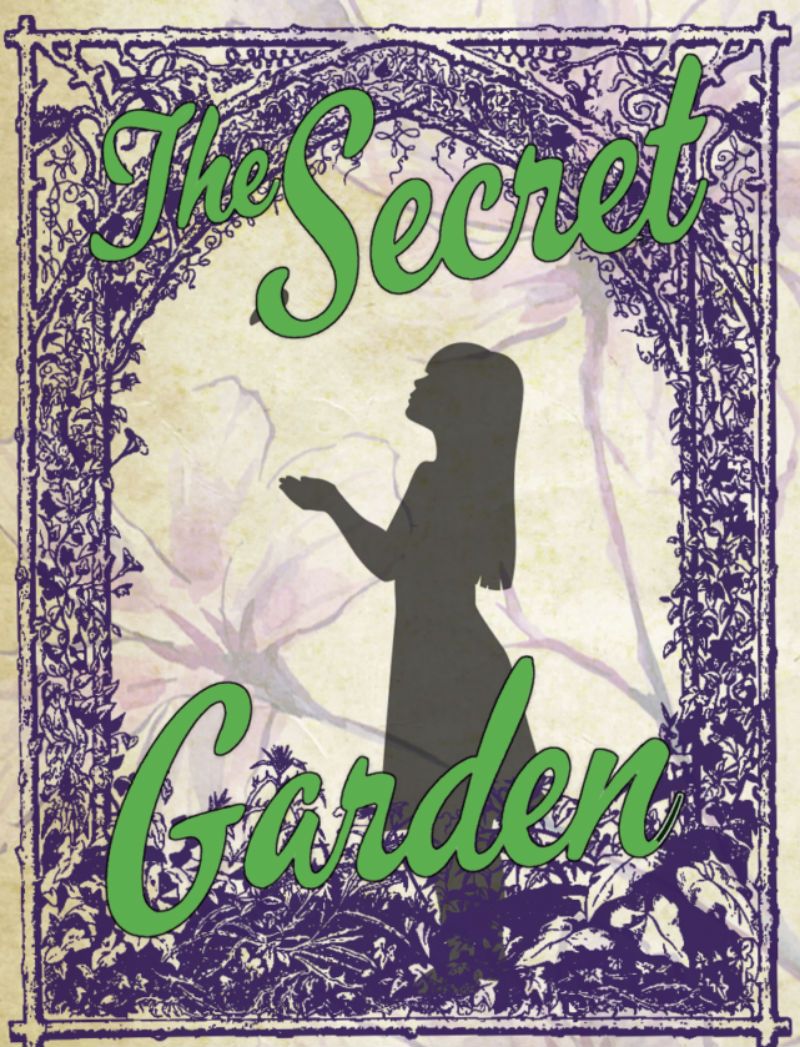 Generally, when we’re suffering and in pain, we know the cause.

But when it comes to identifying what will heal us -- let alone knowing whether healing is even possible -- that’s another matter entirely.

This all-too-human struggle makes up the core of the 1991 stage musical adaptation of The Secret Garden -- book and lyrics by Marsha Norman, music by Lucy Simon -- on stage at Dexter’s Encore Theatre.

Inspired by Frances Hodgson Burnett’s classic 1911 children’s novel, the story begins -- rather confusingly, to be honest -- with a young British girl, Mary Lennox (Jojo Engelbert), surviving a cholera epidemic that leaves her an orphan in India. She’s dispatched to the country home of her Uncle Archibald (Jay Montgomery), but he doesn’t bother to greet her, so steeped is he in his own grief for his deceased wife, Lily (Sarah B. Stevens).

Mary’s only company at first is a maid named Martha (Dawn Purcell), but then Mary befriends Martha’s nature-loving brother, Dickon (Tyler J. Messinger), who feeds Mary’s curiosity about the walled-off, locked-up secret garden that was once loved and tended by Lily. Plus, Mary soon stumbles upon another young resident of the house: sickly, bedridden Colin (Caden Martel), who fears that his father, Archibald, hates him because his birth caused Lily’s death.

If this all sounds pretty dark and gloomy, well, it is.

The show’s lack of narrative momentum, as well as its serviceable, bloated, and not particularly memorable score, hardly help matters. While Burnett’s original book focuses primarily on Mary’s journey, the musical instead splits the narrative to give equal time to Archibald and his paralyzing grief, which gets redundant fast. (At one point, I thought, “He can’t get over the loss of his wife. WE GET IT.”) In addition, the constant blending of past and present, the living and the dead, make the show a tough go for the young audience members it, in theory, aims to bring to the theater. (I had to do an awful lot of on-the-spot explaining to my 8-year-old, who kept whispering questions like, “Is he dreaming?” and “Is she supposed to be a ghost?”)

Despite the “meh” quality of the show’s blueprint, however, Encore showcases an awful lot of talent on its black-box stage, and director/choreographer Cami Glauser’s two-and-a-half-hour production looks and sounds polished, thanks in part to the powerhouse music directing team of Tyler Driskill and R. MacKenzie Lewis. Young Engelbert anchors the show with charm, grace, and a deceptive ease. Messinger, as Dickon, provides not just terrific vocals, but also a welcome sense of energy and high spirits to the often-dour proceedings. Stevens -- hampered by having to play Archibald’s remembered, perfect version of Lily instead of a living, breathing mess of a human being -- nonetheless delivers on the score’s operatic elements. And Montgomery’s anguish as an existentially lost widower is palpable.

Jacqulin Stauder’s efficient scenic design, which employs both sides of a large set-piece on wheels (and incorporates the side walls as well), helps streamline the show’s many set changes, and Anne Donovan’s props -- including a wooden wheelchair for Colin, and an ornate Victorian key worthy of Lily’s garden -- do much to transport us. Yes, my 8-year-old daughter wanted, when the audience first gains entrée into the secret garden, to have a more eye-popping, awe-inspiring sensory experience (as did I), but the constraints of reality (and live theatrical production) often struggle mightily to ever live up to our imaginings and desires.

That sentiment applies to the show as a whole, too. The Secret Garden often looks and sounds pretty enough, yet because of Norman and Simon’s labored, misguided storytelling approach, it never quite manages to take root and really come alive.

"The Secret Garden" is at the Encore Theatre through December 22.