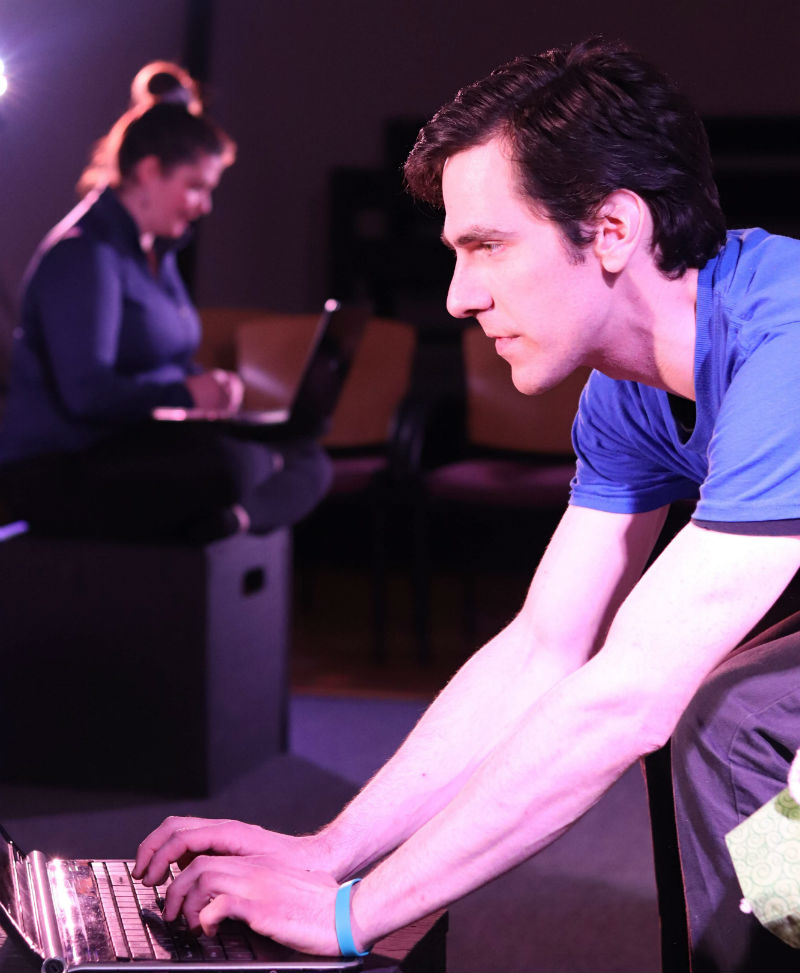 Q: What inspired you to write Thoughts and Prayers?
A: I hear the phrase all the time. It has sort of lost any meaning. It had sort of become an ironic mantra and that intrigued me.

Q: Which of the characters were the easiest and most difficult to find their voice?
A: I suppose Melanie was the hardest, imagining how a teacher articulates the situation could be a little difficult sometimes. I think Doug or Jeff was easier because they are more reactive people.

Q: Why did you decide to have the setting be at Huron Valley High School in Ann Arbor?
A: It's not Ann Arbor. It's a made-up town where we set a lot of our plays called Huron Valley; it is an amalgam of a few different towns, Ann Arbor and Ypsilanti being two of them. It really serves whatever we need in a given play. Some plays make sense setting them there, so we do.

Q: Did the script evolve much throughout the rehearsal process? What type of helpful feedback did you receive from the director and actors?
A: Not really. I was surprised how complete it came out in the second draft. The most helpful feedback came in the initial readings from dramaturg Crysta Coburn and Tech Director Greg Pizzino, and Marisa [Dluge] and Kristin [Danko] always have a lot to say, so by the time we really started rehearsal it felt very complete, which is pretty rare. The actors changed it in that they really are the ones who create the characters. So by the time they got a hold of it, it felt as if I hadn't written anything at all, as if it always existed through them.

Q: What do you hope audiences will take away from Thoughts and Prayers?
A: I hope they are disturbed in the proper way. I hope the play helped them create some inner order out of chaotic and complex phenomenon. Catharsis, too, that funny religious experience we have when seeing and hearing good theater.