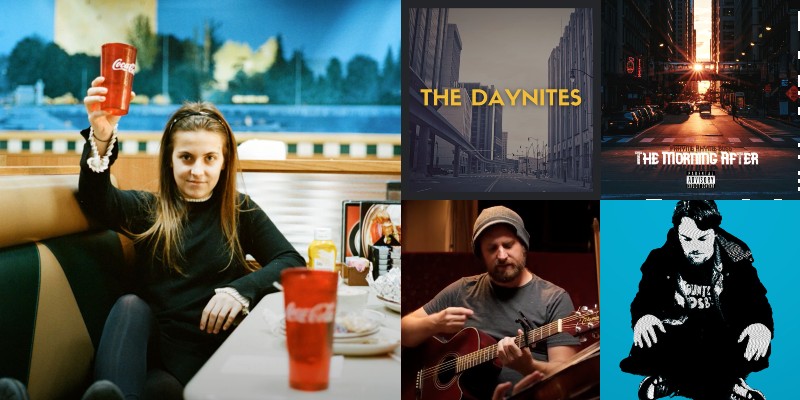 Lily Talmers, Midwest Pressure Cooker EP
Recent U-M grad Lily Talmers has released a steady stream of singles over the last year, three of which are on the new Midwest Pressue Cooker EP. Her music is laid-back jazz-tinged folk that evokes elements of Madeleine Peyroux and Cowboy Junkies. You can also stream this EP and Talmers' other singles on YouTube.

The DayNights, The DayNights EP
We've previously posted "Cherry Blossom" and "Not Tomorrow" from this neo-soul group from Ypsilanti, and those tunes are part of a new five-song self-titled EP. Right now, you can only hear (and purchase) the EP on The DayNights' website.

JDSY, miCRo mELodY, All Avian Caricatures, and Wind EPs,
JDSY is an Ann Arbor-based electronic-music producer who cranks out releases like Donkey Kong tosses barrels—there are more than 40 albums and EPs on his Bandcamp page. His music is quirky and all over the place, evoking everything from ambient and chip tunes to modern classical and trip-hop.