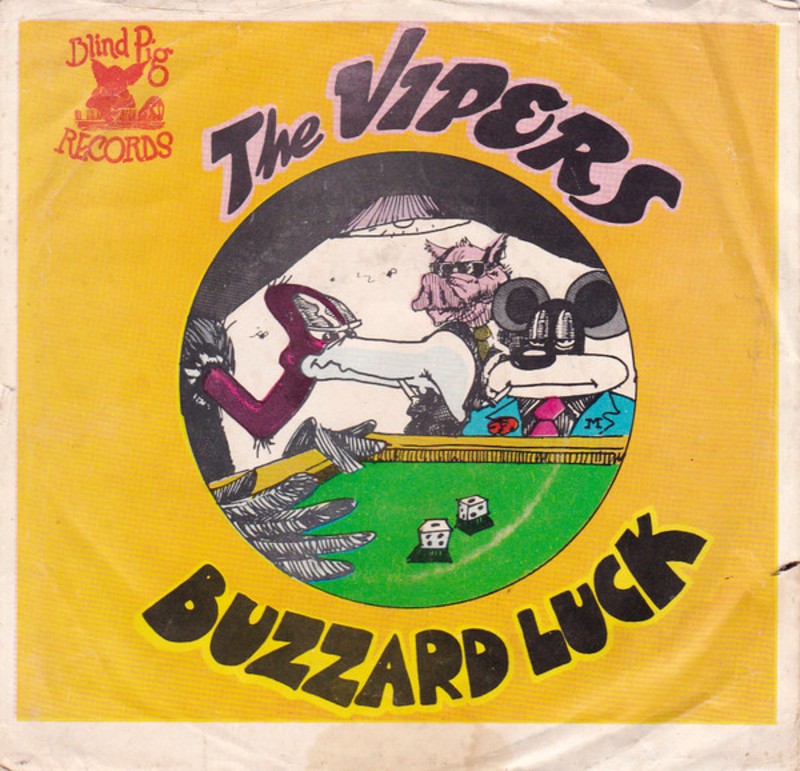 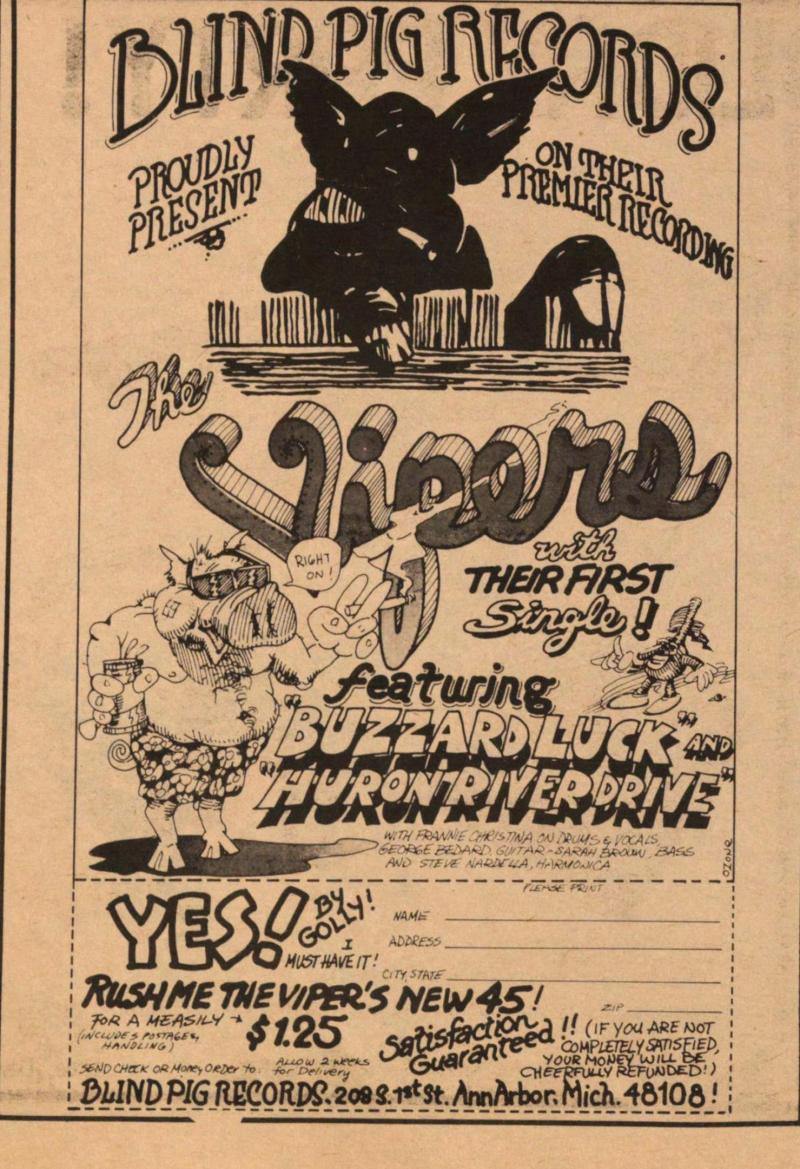 Bedard and Nardella went on to play in The Silvertones together, issuing the 1977 album One Chance With You on Blind Pig Records before going on to solo careers, but "Buzzard Luck" b/w "Huron River Drive" is the only recording released by The Vipers.

I wasn't able to find both songs online, though if you want the 7-inch, there are sellers on Discogs. But I did find "Huron River Drive" because it ended up on the 2002 double CD comp Blind Pig Records 25th Anniversary Collection.

If you're wondering why I wrote this post even though it's not an anniversary year for the record or the label, and there likely are no plans to reissue the 7-inch, it's because the Ann Arbor District Library is in the process of scanning in every issue of the Ann Arbor Sun and this ad was a recent addition to the collection. You can see more from the Sun here.