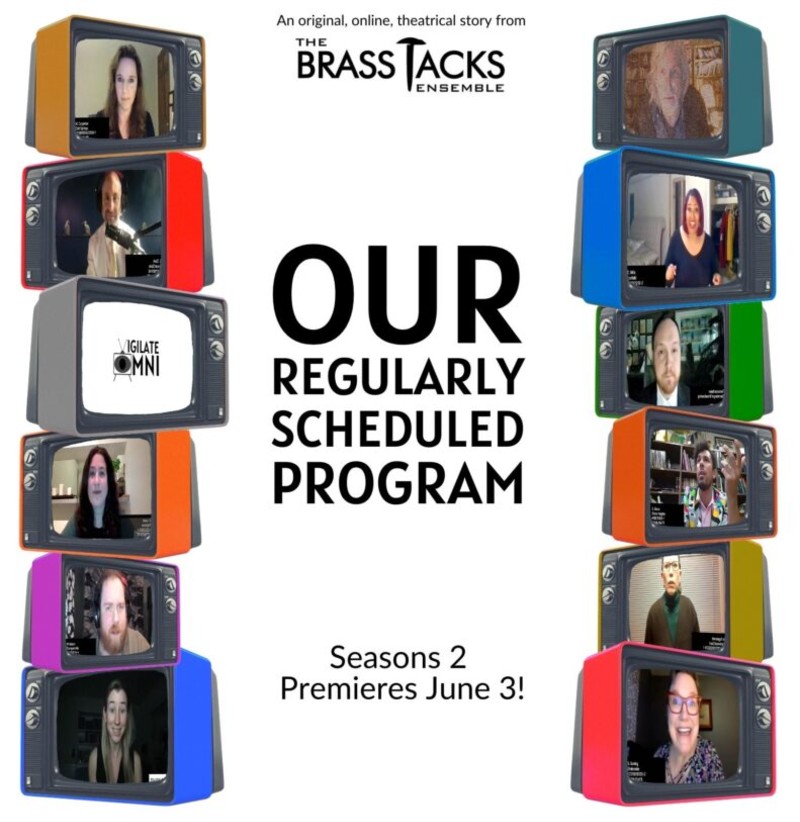 The Brass Tacks Ensemble Theater announces the premiere of Season 2 of Our Regularly Scheduled Program, an original, theatrical, web series from the minds of James Ingagiola and Isaac Ellis. Season 2 will premiere June 3, 2021.

Our Regularly Scheduled Program was developed as a way for the Ann Arbor-based theater company to create artistic outlets in the time of COVID-19. Filmed over Zoom, the series contains performances by local and no-longer-local actors. Season 1 contained nine episodes ranging between 5 - 10 minutes each.

Season 2 contains an additional 10 episodes with five more actors joining the cast. Along with the additional actors, we have also added two more writers to our writers’ room. We are truly proud to offer as many opportunities as possible to theater artists while we wait for stages to re-open.

The series will premiere June 3, 2021 on the company’s Youtube Channel. Season 1 is  currently up and running (originally premiered in October 2020).

The series is free to watch, and ways to support the theater company are in the description. [ko-fi.com/brasstacksensemble]

Set in a dystopian reality where Art (and the practice of it) is outlawed, the citizens themselves provide  entertainment. As part of their civic duty, ordinary people are forced to showcase their (non-artistic) “talents” for the diversion of the rest of the populace--with dire consequences if they do not comply. But while the government enforces these measures with an iron fist, there are those who are not content to remain in the shadows. Humor, mystery, personal revelation, and politics collide as each 5-10 minute episode gives us a look into the private-made-public lives of these ordinary folks and those who might attempt to disrupt the status quo.

Developed and Directed by James Ingagiola and Isaac Ellis.

The Brass Tacks Ensemble is a non-Equity, membership-based, professional theater.