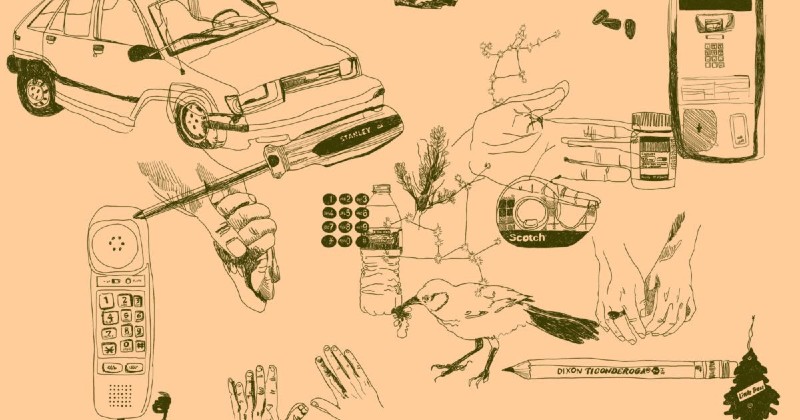 Perhaps it’s partly because of how we pay attention differently when it’s a theater event we’ve bought a ticket for. (I was listening so closely, tuning in hard to make sure I didn’t miss anything.) But maybe it’s also about how wide open and electrically charged and free we sometimes feel when talking with a stranger we never expect to meet in person—so there’s no fear that we’ll later be revealed as a fraud, or judged for our words and actions.

In one moment during the call, for instance, I revealed that when my oldest daughter was an infant, and I couldn’t, for the life of me, figure out how to quell her screaming. So, I finally screamed back at her, feeling her same sense of frustration and anger and helplessness. This caused my baby to stop and stare at me, suddenly conscious again of me being in the room with her.

When I finished telling this story, the Siri-like recording asked the other participant to repeat what I’d just shared. As this other mom re-told my own story, she did so with far more sympathy and grace than I’d afforded myself, of course. And hearing a story that stirred up shame in me in someone else’s kinder, gentler voice was a moving, subtle kind of revelation.

Other moments, of course, offered levity by way of silliness. The Siri-like voice robotically cursed with abandon now and then, and at one point, I was asked to count to five slowly while my partner ran a finger down the bridge of her nose. Why? No idea. But these regular shifts in tone and content likely contributed to the closeness my partner and I began to establish with each other.

Now, is this contrived, interactive setup what we normally consider “theater,” in the traditional sense? Maybe not. Maybe it’s a hybrid, combining experimental theater with social engineering, or even community building.

But A Thousand Ways is well worth $10 (and an hour of your time)—if nothing else, to discover what happens when you let your guard down and step into the unknown with a stranger who’s willing to take the journey with you.

It just might make you feel better about humanity.

"A Thousand Ways (Part One): A Phone Call" runs through July 18 as part of Ann Arbor Summer Festival.