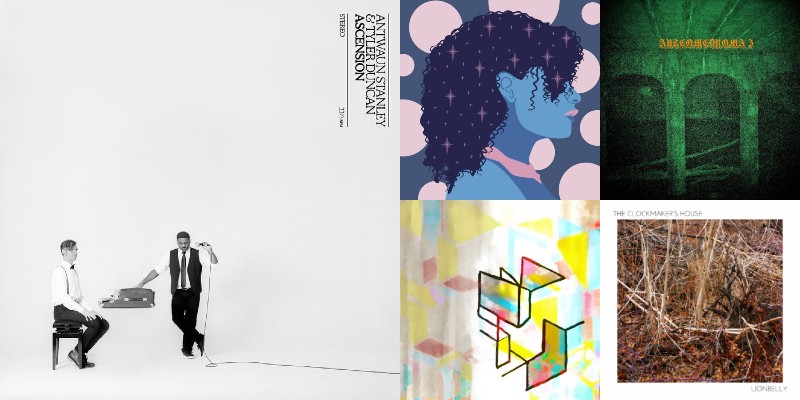 Beanstalk, "Seed to Stalk" and Loving Among Us
Liquid Thickness drummer Riley Bean celebrates the release of Loving Among Us, the second LP by his synth-pop project, Beanstalk, with a concert on Saturday, Ju;y 24, 6 pm, at Grove Studios, 884 Railroad St., Ypsilanti. I'm not sure if "Seed to Stalk" is on the record, which hasn't hit digital platforms yet, but I missed this low-key disco groove when it came out in September 2020.

Anteomedroma, Anteomedroma I
As a genre-agnostic column, Friday Five looks to highlight every kind of music that's being produced in Washtenaw County, but I don't often come across metal bands in my searches, let alone traditionally lo-fi black metal acts. Ypsilanti's Anteomedroma is all that and a bag of gravestones. Formerly known as Wraith, this is the first release by the one-man band (?) since 2015's Calibraxas.

Ness Lake, Marry the Moon
Ypsilanti's Ness Lake is a man out of time. The lo-fi, emotive indie-folk on Marry the Moon sounds like it was recorded on cassette four-track in the early '90s.