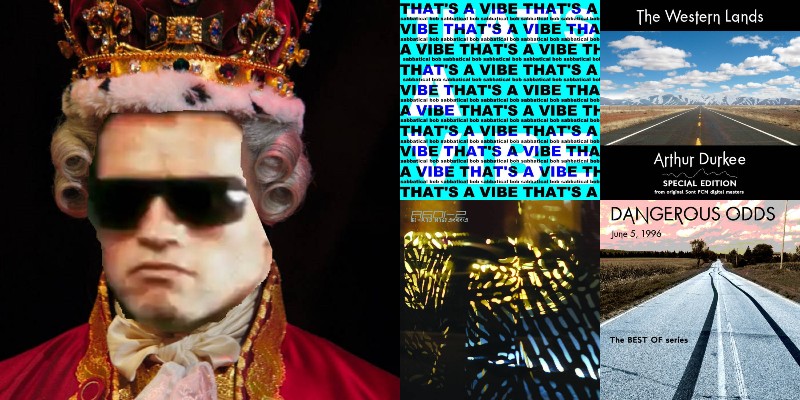 A601-2, Shibuya Hypnagogia
Echospace is a long-running electronic music label/studio and it just put a bunch of its back catalog on an Ann Arbor-based Bandcamp (even though it already has another Detroit-based Bandcamp page). Some releases focus on techno, but this 2016 work by A601-2 is a 61-minute generative-music composition that will have you drifting off into la-la land, which is pretty much the only place you can visit during Covid Winter No. 2

Sabbatical Bob, That's a Vibe
This Ypsi-Arbor group helped Ann Arbor singer-songwriter Lily Talmers make her excellent Remember Me as Holy Album, which is atmospheric folk-rock. But Sabbatical Bob's own sound, as heard on this new LP, is closer to jazz-funk, with shades of Zappa-like wackiness. That's a vibe, for sure.

Dangerous Odds, June 5, 1996
Before he moved to Ann Arbor, Arthur Durkee was also in Dangerous Odds, a Wisconsin-based band that featured two poets, Ron Ellis and Larry Giles, reading the works over improvised sounds. These five tracks were recorded for a radio broadcast 25 years ago.