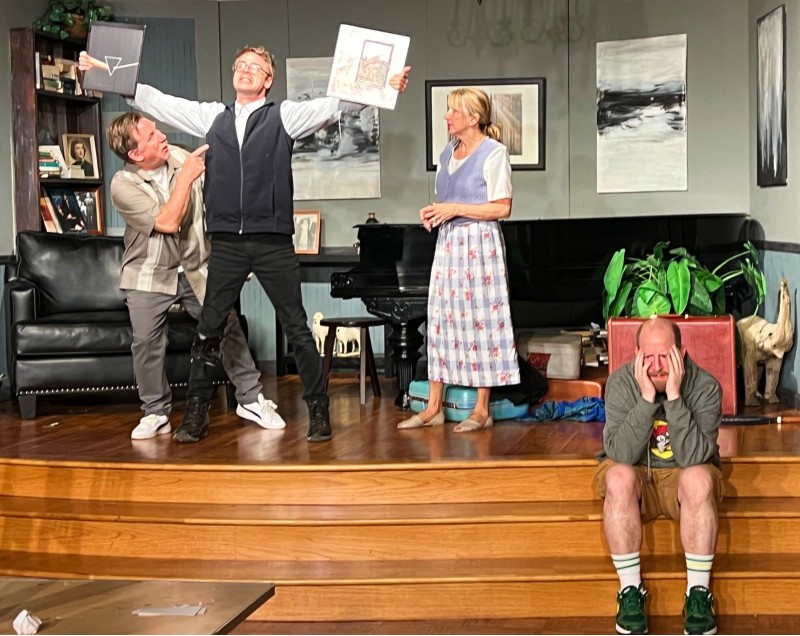 The Actors' genius is the inventive way it dissects grief, using humor and absurdity to examine painful, existential wounds. The script occasionally loses its way in the second act: contemporary politics suddenly drop in like a bomb (and a too-easy shortcut), and a narrative coda completely recasts events in a way that made me wish Larsen trusted his original set-up more. These minor missteps cause the play to be (and feel) a little over-long, clocking in at about 2 hours and 20 minutes, and you sense that Larsen struggled with the question of how, precisely, to end The Actors. But Penny Seats’ production, skillfully directed by Joe Bailey, is nonetheless moving and funny, built around Plambeck’s witty, gentle portrayal of a middle-aged man who’s bravely venturing into his pain instead of denying or avoiding it. 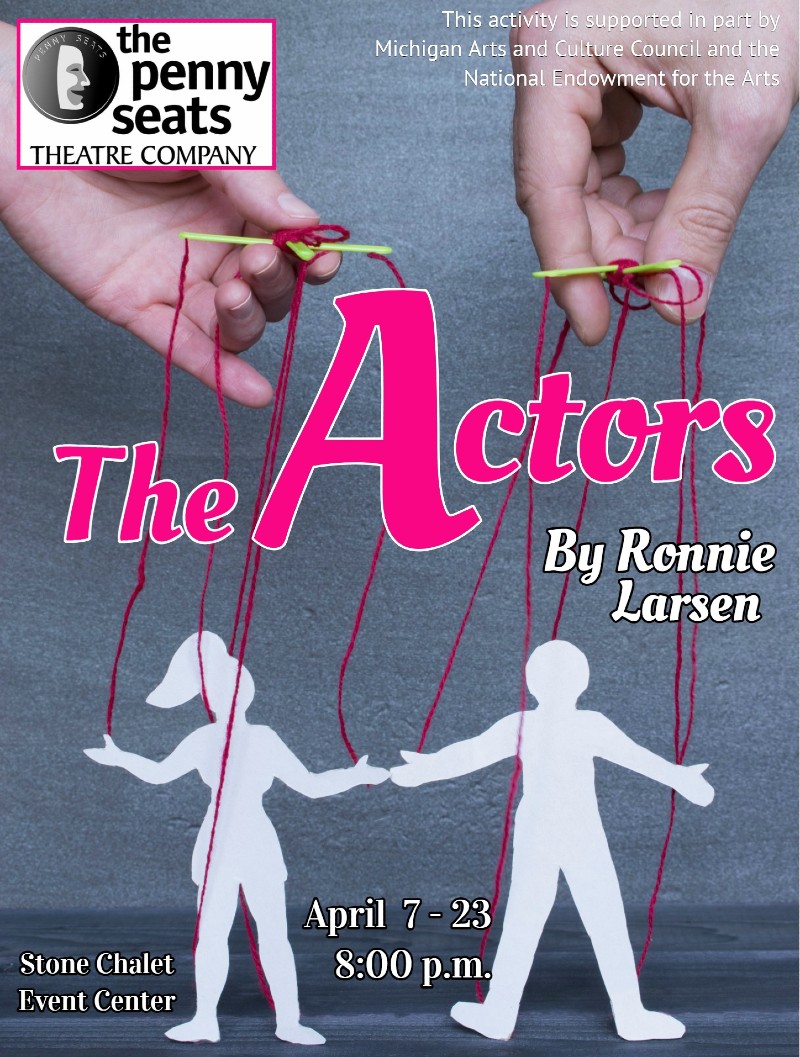 Hill and Schorr earn laughs as financially struggling actors willing to give any paying gig a shot, and Collins injects new, quirky energy upon his arrival. But Miller and Plambeck, and the ways they lay themselves bare as quasi-estranged brothers, are likely the performers you’ll most vividly remember.

Meanwhile, sound designer Kennikki Jones-Jones likely had a ball putting together not only music from Ronnie’s Gen-X childhood, but also theme songs from era-specific junk TV like The Six Million Dollar Man and The Love Boat, which Ronnie begs to stay up and watch. (Same, Ronnie, same.) Costume designer Vince Kelley, meanwhile, dresses Ronnie as a man who’s never quite embraced adulthood—up to and including an adult Superman pajama onesie—while Ronnie’s pretend parents adopt some 1970s-style fashions.

Because the Stone Chalet wasn’t designed with theater performances in mind, the space can present some challenges. To name one, the audience’s seats are level with Ronnie’s bedroom space and TV-watching area, making it occasionally tough to see the action if you’re even just a few rows back. But Jennifer Maiseloff’s set design nonetheless looks the part, from the artwork on the walls to some savvy space economy choices. (A love seat, for instance, stands where a couch would not fit, but the way it packs actors into a tight space ups the intimacy and claustrophobia.)

TyChi’s lighting design gets a hair self-conscious near the play’s end when the real Jay shares his own private grieving experiences, but otherwise smoothly carries the audience through the play’s transitions and time lapses.

In the end, The Actors is an endearing attempt to process the very specific experience of parental loss. Being new to the “orphan club” myself—my father died in October, several years after my mother’s death in 2009—I recognized in Larsen’s play this truth: If you were part of an even moderately functional family, your vulnerability, when your parents die, lies not only in missing these people who helped shape you but also in the ripping away of the virtual cocoon of love and care you’d long taken for granted. Then it really does seem like you against the world.