Preview: The Importance of Being Earnest, Brass Tacks Ensemble 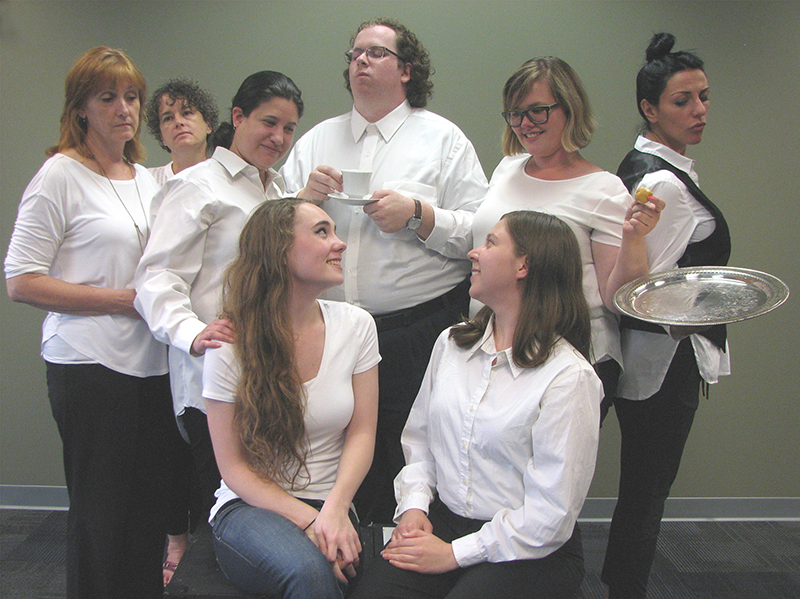 You love the intimacy of Kerrytown Concert House as a music venue. You enjoy KCH jazz, classical, cabaret, and other concerts. But did you know that this historic Ann Arbor performance space offers live theater?

The Brass Tacks Ensemble has faithfully used the Concert House as a summer venue for their outstanding mix of classical plays and original theatre since 2004 (with their staging of Shakespeare Variations, an original production of sketches based on Shakespearian tragedies). Formed when local actor and writer James Ingagiola gathered with other theatre lovers to produce King Lear at the Performance Network in 1999, Brass Tacks has consistently offered intimate and involving theatrical experiences to the Ann Arbor community.

The simplicity of the Concert House works well for the Ensemble: a guiding Brass Tacks principle is to concentrate on a play’s core elements –plot, theme, characterization - stripping away any excess and focusing on the theatrical essentials. This simple and direct approach also frees the audience’s imagination.

The Ensemble returns to Kerrytown this week, staging one of the wittiest, funniest plays in the English language: Oscar Wilde’s classic The Importance of Being Earnest. This tale of gentleman John Worthing, his love for the lady Gwendolen Fairfax, and her steadfast determination to only marry a man named Ernest combines sparkling wit, social satire, and farcical situations in one glorious package.

If you are wondering about this largely female cast for a show that historically features five men, Ingagiola will tell you that "The sex of the characters has not changed. A lot of talented actresses are frequently left out of productions because of a dearth of female roles. They haven't been left out now."

Enjoy an evening of delightfully intimate theatre with one of the area’s most established and innovative theatrical troupes in one of Ann Arbor’s most beloved performance venues.

The Importance of Being Earnest runs Thursday - Saturday, August 4 -6, at Kerrytown Concert House, 415 North Fourth Avenue in Ann Arbor. Shows are at 8pm with an additional 2:00 pm matinee on Saturday August 6. For reservations and ticket information, call the Kerrytown Concert House at 734-769-2999 or visit http://kerrytownconcerthouse.com.