Preview: Falling Up and Getting Down, UMS Season-Opening Live Skateboarding + Music Celebration 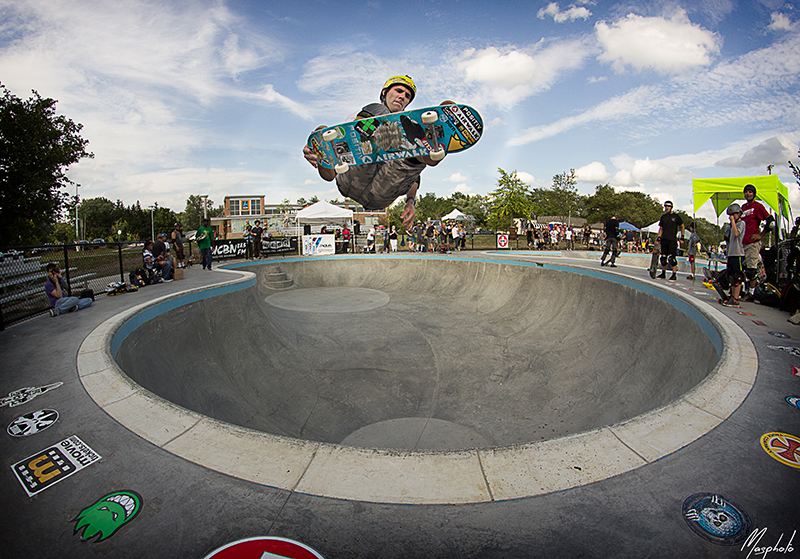 Both athletes and musicians must be able to improvise, but they rarely do so in tandem.

That will change on Sunday, when the University Musical Society and Friends of the Ann Arbor Skatepark, in collaboration with City of Ann Arbor Parks and Recreation, present a free-style show that combines professional skateboarding with live jazz music.

“Falling Up and Getting Down” takes a concept originated by jazz pianist/composer and MacArthur “Genius” Grant winner Jason Moran – who kicked off the UMS season in 2013 with a Fats Waller Dance Party at Downtown Home & Garden – and brings it to Ann Arbor.

Previously, Moran helped put together a similar event at the Kennedy Center and at the San Francisco Jazz Center, but Ann Arbor’s show will be the first to take place at an in-ground, permanent skatepark.

“The Ann Arbor Skatepark is such a special place,” said UMS senior programming manager Mark Jacobson. “Kids can go there and be safe and hang out and stay out of trouble. The phrase ‘skateboarding saves lives’ is something I truly believe in, just like I believe that music saves lives. Young adults go to the skate park to find themselves, and to find a community. … I’d been at the skatepark’s grand opening, in June of 2014, and I had this thought: how ridiculous would it be if UMS had a season-opening celebration at the skate park?”

Perhaps not so ridiculous, but there has been a lot of work involved over the course of the last year; and although the event costs tens of thousands of dollars to produce, UMS is absorbing the cost into its budget so that anyone can attend for free (though pre-registration is required at ums.org).

“We’re giving back to the community that we love, and that we live in,” said Jacobson. “ … I think right now we have 1,400 registrations, but I think we’ll see 2,000 or 2,500 people out on Sunday. … Roughly the first 90 minutes will be exhibition skaters, from 2:30 to 4, with live DJs providing the music, and then we’ll have the pro skate demo with live music and professional skateboarders.” 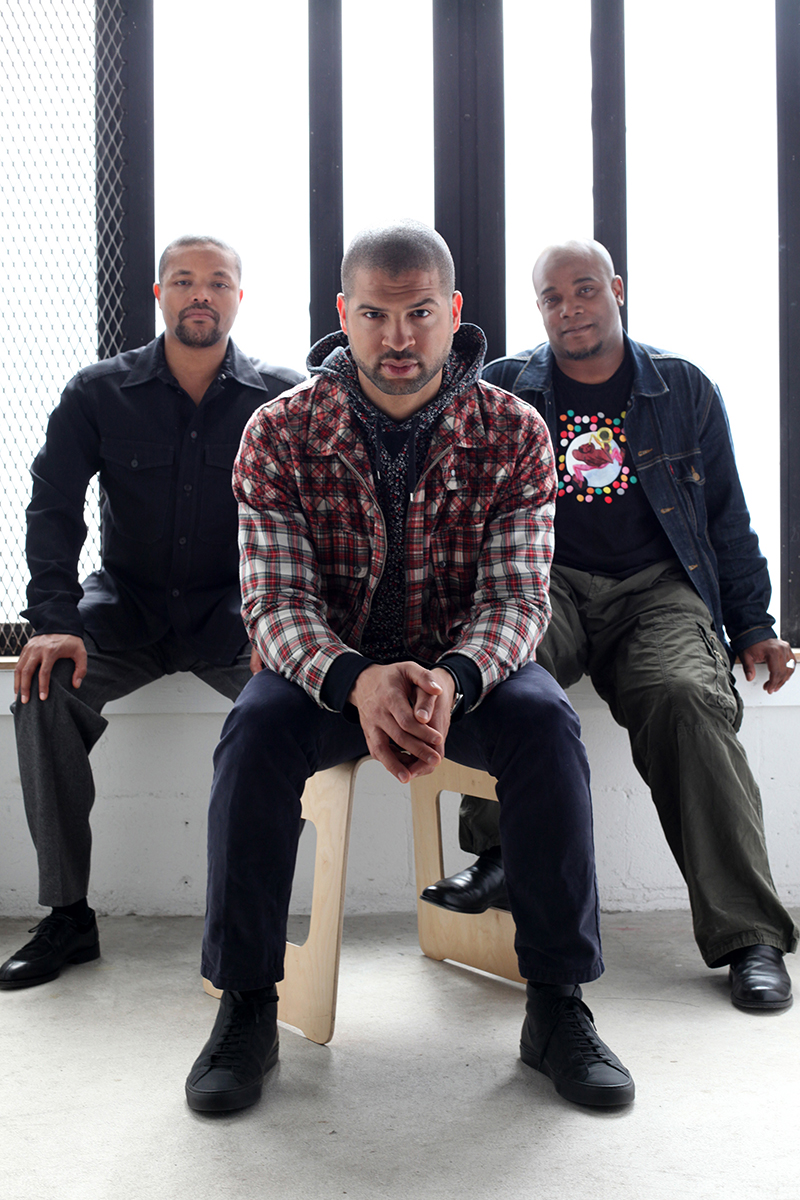 Jason Moran and the Bandwagon. / Photograph by Clay Patrick McBride.

The event promises to be different from anything UMS has presented before – but that’s part of its appeal.

“Over and over again, when we survey our audiences about what they’re looking for, and what they’re excited by, they consistently tell us they want new and unusual and innovative presentations. They want to engage with art in unique and unusual ways, and this checks all the boxes.”

So Jacobson believes that a sizable portion of UMS’ established audience base are willing to give “Falling Up” a chance; but he’s also excited that the show offers those normally beyond UMS’ – and jazz’s – typical reach with a fun point of entry.

“Jason Moran’s brilliant,” said Jacobson. “In addition to his playing, which is phenomenal, … he has such rich ideas and concepts. … For many of these kids who will be listening to his music on Sunday, many of them will have never listened to live jazz before in their lifetime. They’ll be exposed to this artform, this amazing American art form, that they otherwise wouldn’t be.”

“Falling Up” is a rain-or-shine event, though “the safety of the athletes is prioritized,” said Jacobson. “They can’t skate if the surface is wet, but if we find ourselves in that situation, we’d hope that the party could still go on in some way.”

The main hope, of course, is that the crowd will get to see skaters and music artists collaborating in exciting and unconventional ways.

“This whole notion of improvisation between musicians and athletes – they really feed off each other, with the musicians pushing the skaters to try different things, and the skaters prodding the musicians to jam harder. It’s very reciprocal, with a lot of give and take in terms of energy.”

Falling Up and Getting Down takes place at the Ann Arbor Skatepark, Sunday, September 11. Free, with advance registration required. Exhibition begins at 2:30 pm. For more information and to RSVP, visit http://www.UMS.org/skatepark.