Preview: The Stellars Album Release at the Blind Pig 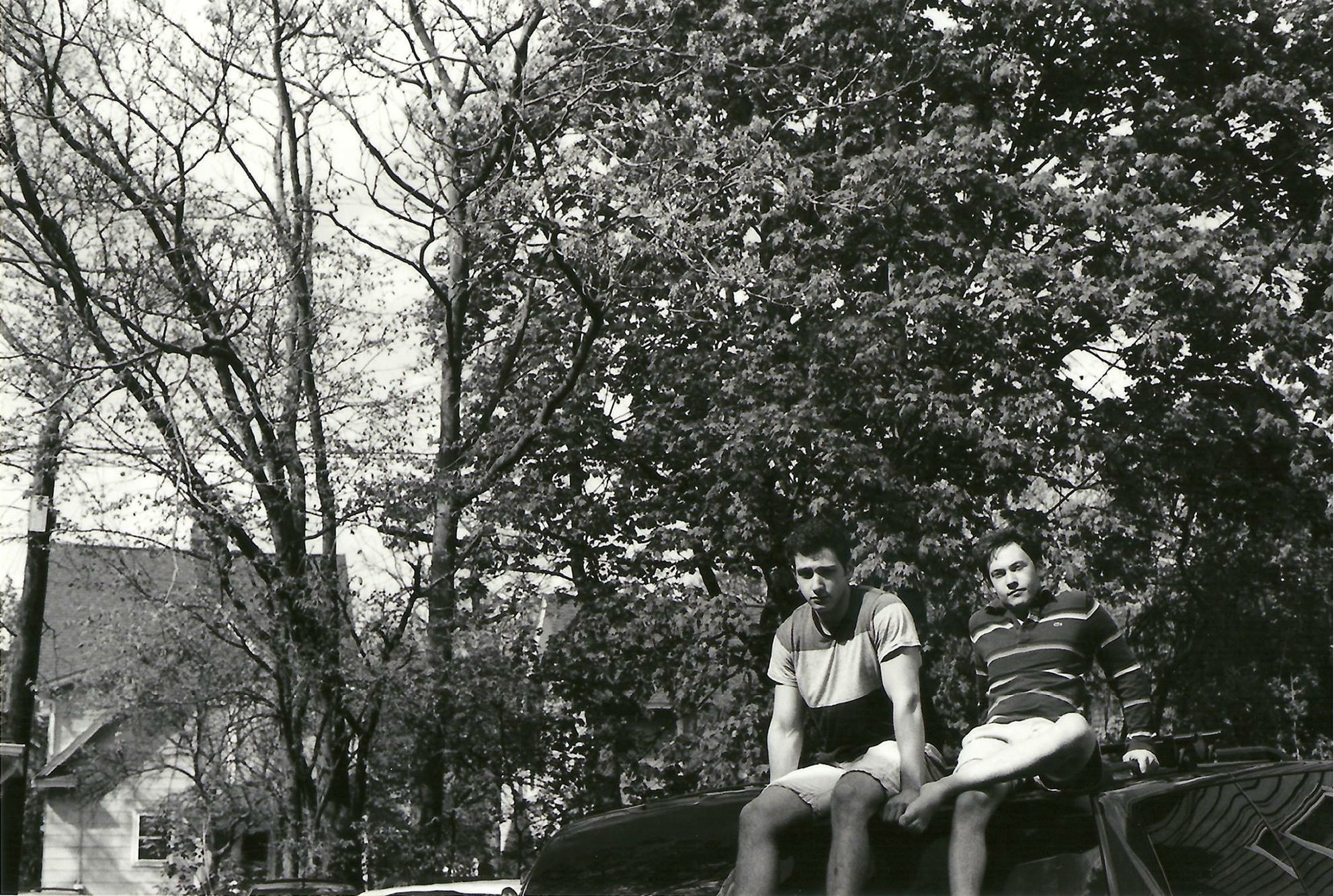 The Stellars say one of their biggest problems is convincing their friends that they’re a “real band,” but their new record Interthestellars should put those concerns to rest once and for all.

The duo is comprised of University of Michigan Juniors Erez Levin and Dan Sagher, both 21. The two met at a rock summer camp in the summer of 2004, and they became best friends through middle and high school. They formally became a musical duo in summer of 2015 after their previous band, The Euphorics, broke up. Their first full-length release as The Stellars, which will debut at midnight before the band’s upcoming CD release show this Friday at the Blind Pig, is a well earned payoff to years of friendship, enthusiasm, and hard work.

The band cites a diverse range of influences, from classic rock to funk. Their first band, Soul Transit, blended their shared love Led Zeppelin, The Beatles and Jimi Hendrix with Michael Jackson and James Brown. More recently, The Stellars say they’ve been listening to a lot of Red Hot Chili Peppers, The 1975, The Strokes, Weezer, Green Day, and John Mayer. The Stellars also have a lovably snotty, confessional punk streak, ala The Replacements. That mode is best exemplified in the lyric, “I wrote a song in 17/8, but if it’s not 4/4 then I’m not getting laid” from “Interthestellars” charging lead-off track “Don’t Wanna Sit Around.”

Last week we chatted on the phone with Levin and Sagher about how they got their new record made, what makes their live shows stand out, and trying to break into the Detroit scene.

Q: You guys play with a full band live, but you’re essentially a duo in the studio. What’s the division of labor on the new record?

Erez: About half the songs I wrote pretty much on my own, and then Dan and I arranged together. The other half we wrote from scratch sitting in my parents' basement or on the porch. We recorded the album, I played the drums and sang and played my guitar parts from what we do live, and Dan played all the lead lines.

Dan: Our friend Sam Collins played bass. He was in The Euphorics.

Q: Who rounds out the live band?

Dan: We've been playing with a bunch of different music school musicians, but it's basically show-by-show. We see who can do what, when. We have our obvious favorites, but we take it on a show-by-show basis: Who can play with us? Usually it's a pretty consistent crew, but sometimes our favorite drummer will be busy, so we find another really talented drummer, or same with the bassists.

Q: I was struck with how clean the production is on the album, especially for a debut. Where did you record these tracks?

Dan: We recorded at the U of M studios. Duderstadt Center has a really nice couple of studios.

Erez: We also did a bit of it in the attic of my house.

Dan: Erez's house he's living in has a bunch of PAT students, which is the Performing Arts Technology program within the music school. They built their own studio in their attic. We recorded some there, but the bulk of it was recorded in the Duderstadt Center. We also have a wonderful PAT student who's been by our side since the days of The Euphorics. His name is Ben Factor. He engineered, mixed and produced our entire album.

Erez: I actually met [Factor] at my freshman orientation in 2013. We found that we have really similar taste in rock music, and he mixed our high school band. We had a recording that was as-yet unmixed, and he then went and mixed it just because we became homies. He did such good work on it. With the Euphorics we hit him up for all of it, and we still do because we just love working with him. Honestly, he's the third member of the band.

Q: He’s involved with setting up your live gigs as well, right?

Dan: He takes care of all the lights and sound at our shows. He's really into elaborate light shows.

Erez: He's inspired by the light show that the jam band Umphrey's McGee has, and he's gone and had the chance to meet the guy that does lights for Umphrey's. We're lucky to have him for that, because we know that even when we play co-op shows and house parties we can give people something a bit unique, because not every band has a professional light show behind them.

Q: What formats are you releasing the album on? And is there any plan for a tour once the record is out?

Erez: We have a CD release party at the Blind Pig on September 23, which is the release date. So that will be popping up on Spotify, Apple Music, and whatever other big internet entities for streaming there are on midnight that day. And we've got CDs, we've got some shirts, stickers. We've been going all out on the merch.

Dan: Once we get music out we're going to try to play as many shows in Southeast Michigan as we can to create a local following.

Q: How supportive has the Ann Arbor scene been to you? Do you feel you’ve built enough momentum here to move on to other cities in the region?

Erez: The Ann Arbor music scene is super important to us because we're from here. We went to Community High together. We grew up playing shows at the B-Side at the Neutral Zone, which was incredibly important to our development as musicians. As professionals we know how to carry out a live show because all through high school we were practicing at this amazing all ages venue, which we're amazingly lucky to have. We love the scene here, we're really grateful for it, and we're really excited to contribute to it.

Dan: Recently we hooked up with a business dude who's really interested in music management, and I think that's what he wants to be doing. His name is Ben Schechter He's the one who's putting on our CD release show. He's the founder of the music blog What The Sound. He wanted to reach out to bands outside of the city, outside of the state, to open for us to create relationships with bands in nearby Midwestern places.

Detroit is probably the next frontier in terms of our outreach. We know a fair amount of people in Detroit, we know some bands in Detroit. The same reason we didn't play shows last year is the same reason we haven't played in Detroit. We don't want to do a cool show in Detroit and then when people say, "Hey, can I buy an album?" it's like, "Sorry, we don't have anything for you."

Q: Let’s talk more about “Interthestellars.” You’ve been working on some of these songs for quite a while. How do you feel about the final product? Are there any tracks you’re particularly proud to finally have out there?

Dan: The thing about this album is there are so many songs that are so different than the last. I'm mostly excited for a large amount of people to get their fix from this album, because it has a little bit of something for a lot of people. It's not a one-sound album. There's no song I'm particularly excited for, in that I'm excited for all of them to be released.

Erez: I'm excited to have finally released a good version of this song "Start This Over." I wrote it in high school, and this is the third time it's been recorded, and I feel like we finally got it right with this recording. And I love that song just as much as all the others on the album, but for me that one's been around for so long and I'm finally glad that we finally get to say, "We did it. Here's the song. I can write another song now," [laughs].

Steven Sonoras is a writer living in Ypsilanti.