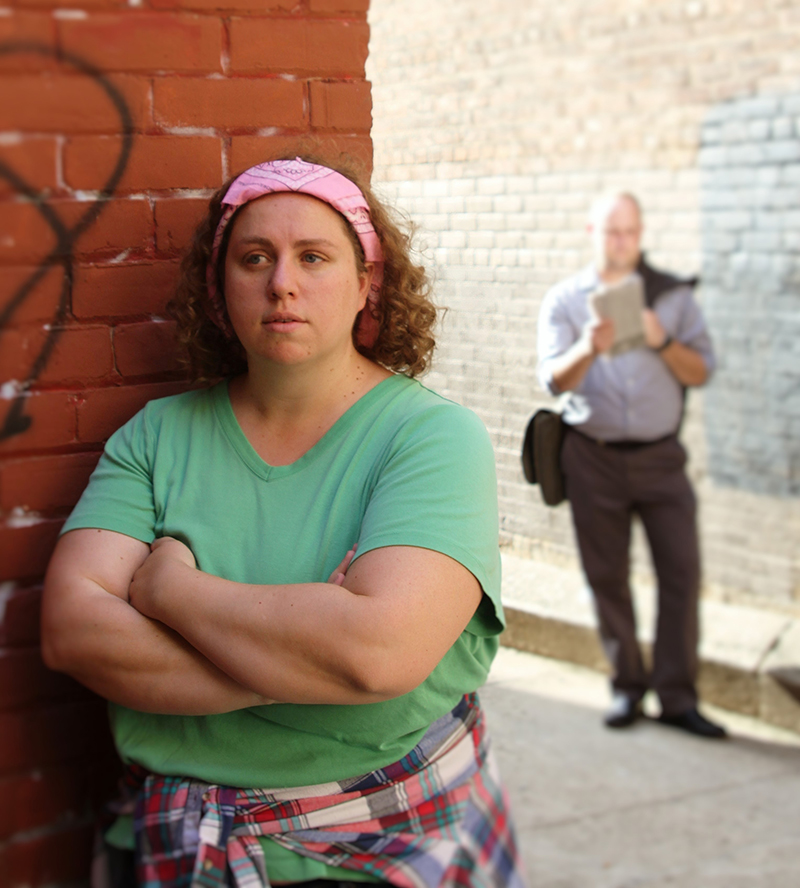 Redbud Productions celebrates its 18th year with the Tony-nominated comedy/drama Good People, a delightful play named Best Play of the Year by the New York Drama Critics’ Circle. From the writer of the Pulitzer Prize-Winning Rabbit Hole, David Lindsay-Abaire, Good People explores the struggles, shifting loyalties, and unshakable hopes that come with having next to nothing in America.

Welcome to Southie, the Boston neighborhood where a night on the town means a few rounds of bingo; where this month’s paycheck covers last month’s bills, and where Margie Walsh (Katie Whitney) has just been fired from yet another job.

Facing eviction from her eccentric landlady (Linda Lee Austin) and scrambling to catch a break, Margie, on the advice of her best friend (Emily Rogers), approaches her former boyfriend (Dave Barker), now a wealthy doctor, in hopes that he is her ticket to a fresh new start. Will this self-made man face his humble beginnings? Margie risks what little she has left to find out.

“Good People maps the fault lines of social class with a rare acuity of perception while also packing a substantial emotional wallop.” - Boston Globe “A wonderful new play … poignant, brave and almost subversive in its focus on what it really means to be down on your luck” - The New York Post