FURRIES & FRIENDS: Sometimes dressing up as a fuzzy animal and pretending you’re an anthropomorph is the only way to deal with dark days. Thankfully, Eastern Michigan University recognizes this and on Saturday, January 21, it's hosting the second annual Washi Con, which celebrates all things anime, gaming, and cosplay, from 9 a.m. to 9 p.m. with an after-party at the Ypsi Ale House. Whether it’s Pokemon training or Animal Crossing meet-ups, Washi Con has something for the escapist in all of us. (➤ Washi Con events list) 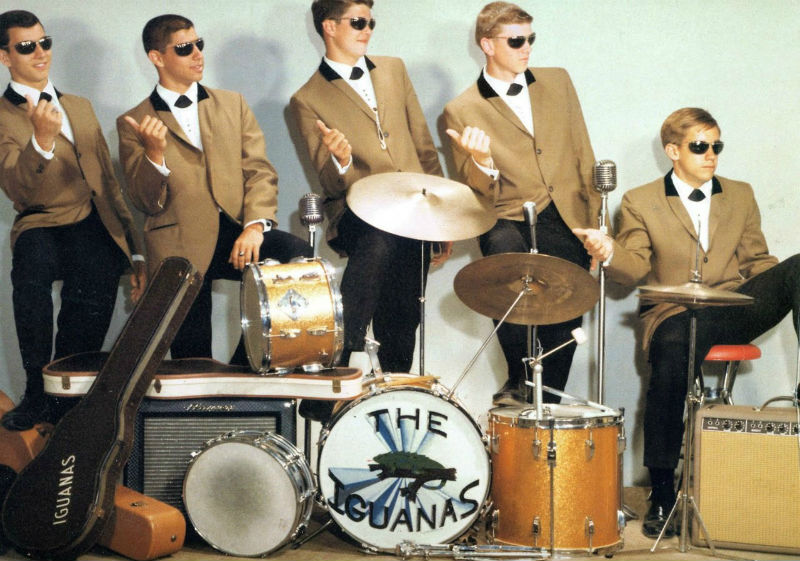 The Iguanas are hitchhiking all the way to this Monster music event.

MONSTER SOUNDS: Don’t have enough physical media clogging up your home, office, and storage sheds? Add to the piles this weekend when Ann Arbor's Monster Record & CD Show hosts the first of its four events this year on Sunday, January 22, at Weber’s Inn, 3050 Jackson Rd., from 10 a.m. to 4 p.m. Admission is $3, but for $15 you can get in at 8 a.m. in case you’re worried someone will buy that super-rare CD Monster by REM before you can get your paws on it. (➤ A2 Monster Record & CD Show event page)