Roxane Gay returns to Ann Arbor for her new book, "Hunger: A Memoir of (My) Body" 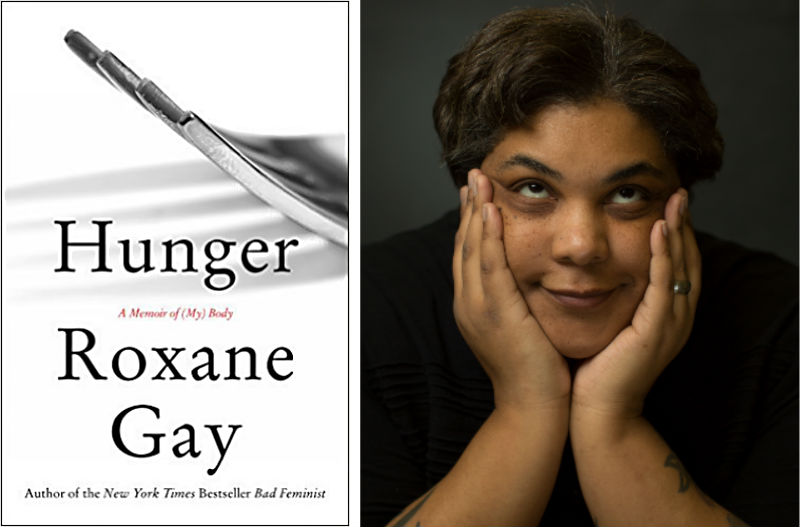 Roxane Gay's new book is a memoir that was difficult to write.

Prolific author Roxane Gay returns to Ann Arbor with a Literati Bookstore-hosted event on June 16 at Hill Auditorium. Tickets were just announced in the Literati newsletter, and the seats are likely to fill up fast. If you're wondering why, here's a quick overview of Gay.

In a January 2017 interview, Gay spoke about her incredible success over the past several years, among other things. She also spoke about her highly anticipated Hunger: A Memoir of (My) Body, which will be released this June. Hunger has had a long road to publication because Gay had difficulty confronting herself on the page. “I just bit off more than I could chew,” she said to Book Riot in 2016. But Gay isn't afraid of confrontation, whether with herself or on social issues.

If you're new to Gay, listening to interviews with her is a great introduction; one gets a real sense of her deep intellect, sharp wit, and warmth. One of my favorite literary podcasts is Brad Listi’s Other People. He interviewed Gay in January 2017 as she promoted the Difficult Women collection of short stories and nearly five years prior when Gay first appeared on the show for Ayiti, her debut collection of fiction, nonfiction, and poems.

If you prefer to skip the interviews and jump right into her books, there are many excellent ones from which to choose, such as the aforementioned Difficult Women. This collection is an interesting entry point into Gay’s writing because many of the stories were written early in her career. Many readers have come to know Gay through her nonfiction writing in The Guardian, The New York Times, or the very successful collection of essays called Bad Feminist, but short stories are a special modality for her.

On his podcast, Listi often asks about the struggles writers face, the “failures,” whether rejection by a publisher or writer’s block. Asked these questions, Gay says that of course she still gets rejected, and after speaking about rejection, she mentions her aspirations: to publish a short story in The New Yorker and The Paris Review, two publications she admires. Difficult Women is an opportunity to meet Gay in a time when she wasn't doing readings at Hill Auditorium but rather a young writer trying to find her place in the literary world.

Anna Prushinskaya is a writer in Ann Arbor. Her collection of essays, A Woman Is a Woman Until She Is a Mother, is forthcoming from MG Press in Fall 2017.

Roxanne Gay appears at Hill Auditorium on Friday, June 16 for a reading and signing in support of her latest book, "Hunger: A Memoir of (My) Body." Tickets are $30 and include a hardcover copy of the book that will be picked up at the venue the night of the event. Tickets are available here.