Overpowered by Funk: Disaster Relief lift you up by gettin' down 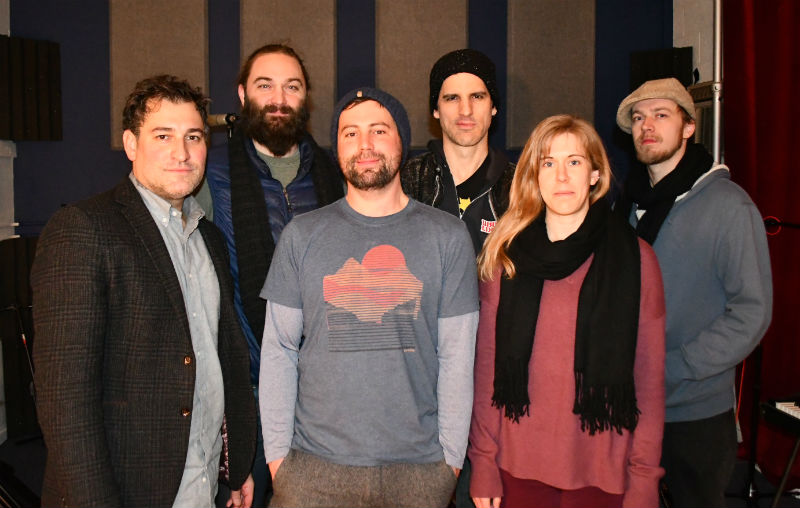 Since 1967, The Meters have created ultra-greasy syncopated grooves that induce spontaneous boogie. The New Orleans funk legends' catalog is stuffed with influential jams, such as "Cissy Strut" and "Look-Ka Py Py," that are the very definition of rump shakers.

Even if The Meters' name doesn't invoke the immediate recognition of fellow funk pioneer James Brown, the band's influence looms large and has spread from the Crescent City to every booty-shaking band in the world, including Ann Arbor's Disaster Relief.

Led by guitarist-organist Darrin James, Disaster Relief recently released its self-titled debut, which features nine dancefloor fillers. But it's not just New Orleans second-line funk that has seeped into Disaster Relief's sound. The spirit of Afro-beat is present, too ("August Addiction," "Too Soon for June," "March Wind"), as well as Motown and Memphis influences ("October, Who's Sober?"). But tracks such as the opener, "Downtown F#@karound," and "January Junk" bring New Orleans to the heart of Washtenaw County.

I chatted with James over email about how this serious singer-songwriter came to lead a party-ready funk band.

Q: You're known as a singer-guitarist and a songwriter. What inspired a funk / Afro-beat project?
A: My writing has definitely evolved over the years to include more styles. I introduced some of these sounds on my last Darrin James Band album, which was titled Strange Storm. Actually, the horn section from this project was mostly on that album as well, and it seemed natural after that record, which was very topical and political, to do something more lighthearted and fun. It had a lot to do with the great musicians with whom I have the pleasure to work and record. Stylistically, most of Disaster Relief is not Afro-beat per se. There is some Fela influence, but there are a lot of styles of funk represented, from James Brown-inspired melodies to New Orleans-influenced grooves, some Memphis flavors, and even some Motown.

Q: How did you settle on the musicians and what inspired the group name?
A: I have been hosting monthly, sometimes weekly, sessions at my studio for the past few years with an evolving cast of musicians that get together to improvise or workshop a new composition. This band line-up really solidified about a year ago with the addition of Rob Avsharian on drums and Brennan Andes on bass. The band name reflects how this music helps us cope with all the tragedy and negativity in the world right now. We are living through a disaster and funk music provides some relief!

Q: Did you record the album over a long period of time? Hence the June to January referencing song titles? How were the sessions conducted -- lead sheets, multiple takes, improv?
A: The project developed as a sort of workshop. We get together once or twice per month, always on weeknights. I record all the sessions, and my goal is to write and record a new piece for each session. That resulted in about one or two new pieces each month and many recorded versions of each tune. As for the titles, I played around with the month names with rhymes and alliteration, so overall the titles are just silly. For the album, I went back and selected what I thought were the best takes. Many of the album cuts are from those first couple of takes when the band is approaching the tune with fresh ideas for the first time. There are always charts for the horn section, but often the rhythm section has to find its groove. Then we come up with a sort of roadmap for the piece with lots of room for improvisation.

Q: Since you played guitar and organ on the album, which instrument was typically overdubbed? Was it hard to keep the live, in-the-pocket feel with the overdubs? It sounds great to me, but I was wondering if it was hard to nail.
A: The only song that was recorded live with me on organ is "Transplant," and there is no guitar on that track (hence the title). All the other songs were recorded live with me on guitar, everyone in one room together. We discussed as a band whether or not to add any overdubs, and it was agreed that it would be cool to add some keyboards for some additional vibe. I have a great sounding Hammond organ and Leslie speaker at my studio, so I decided to do some overdubs on that. Because the Leslie has such a huge, airy sound, it doesn't take much to add some sense of space and depth to a track (a pad, as we call it), but it was difficult on a couple of the tunes to find a part that fit into the groove and didn't overpower the other instruments so I left it off a few of the songs. More recently we have had Josef Deas playing keyboards with us, so it will be fun to see how our sound evolves with his funky keyboard sounds.

Q: Do you record other artists at your studio or is it primarily for your music projects? If you have recorded others, which bands and albums?
A: Ravine Records is the name of my studio and record label. In addition to Disaster Relief and Darrin James Band, I have recorded a lot of jazz and improvisational music with many talented musicians from Ann Arbor and Detroit, including many of the musicians from Disaster Relief. I plan to eventually release much of that music on Ravine Records, perhaps in compilation form. I also produced and played guitar on the Balkan funk album OrnâmatiK. A few years ago I recorded an indie-rock album with the Ann Arbor/Ypsi-based band Old Mission. I enjoy recording and producing so I hope to continue to work with other artists when time permits.

Q: Any upcoming concerts or projects?
A: Friday, June 1 at Ann Arbor Distilling Co. I will perform as Darrin James Band two sets of my original songs with Rob Avsharian on drums and Jeff Marshall on bass. I'm currently working on a new set of songs for the next Darrin James Band album, and I'll be introducing some of that material at the distillery. I was lucky to get Detroit's "Queen of the Blues," Thornetta Davis, to contribute some vocals on the Strange Storm album, and I'm planning to record with her again, potentially on a Disaster Relief release. I think it would be exciting to introduce some soulful vocals to the funk project. As for Disaster Relief, we are currently booking dates for the summer and fall in Ann Arbor and Detroit at places such as the Blind Pig, Cliff Bell's, Northern Lights, and Lager House, etc. So stay tuned for more dates!