Lifting Every Voice: Jazzmeia Horn at the Power Center 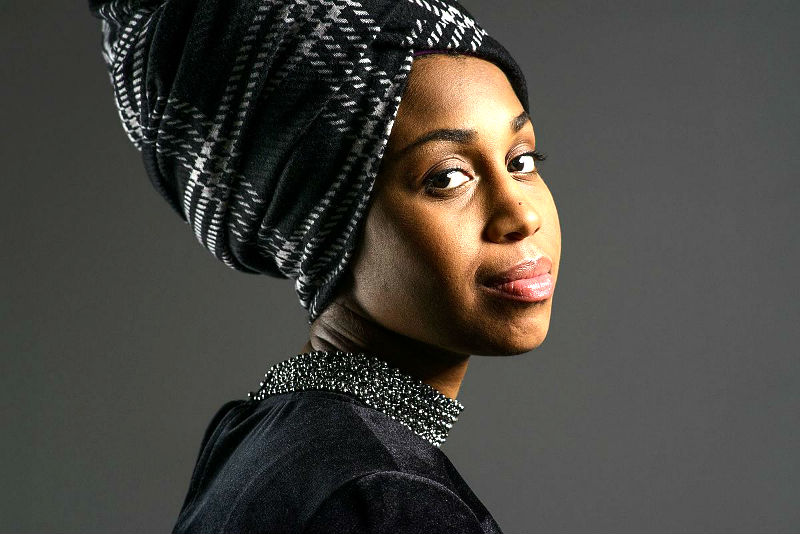 After being introduced, Jazzmeia Horn came onto the Power Center stage on June 28 just as casual as she could be as she let us know she was new to town.

But the command performance of Betty Carter's "Tight" that followed showed Ann Arbor to be the only thing to which Horn was new.

The 27-year-old Dallas native, 2015 Thelonious Monk Institute International Jazz Competition winner, and 2017 Grammy nominee for her debut A Social Call exercised her range on "Tight" while going from inquisitive to playful in her delivery. Horn made it sound easy while jumping from her lower to upper ranges, and occasionally going into her ethereal falsetto, and she never missed a beat as she kept up with the song's varying rhythms. She’s previously noted, ”When I’m scatting I don’t think about a horn player, I become the horn player," which was evident throughout her take on "Tight."

It was evident throughout the night why Horn's been compared to legendary jazz vocalists like Carter, Nancy Wilson, and Sarah Vaughan, and it didn't hurt that she was backed by an equally talented band led by pianist Victor Gould along with trumpeter Josh Evans, saxophonist Marcus Miller, trombonist Corey Wallace, bassist Barry Stephenson, and drummer Henry Conerway III.

Live performances are better when there’s collective energy between everyone onstage, and Horn made note of how much she appreciates how her band allows her to be free and express herself in the moment. She also gave her band freedom to explore and express themselves, stepping to the side of the stage as the musicians poured themselves into their spotlight solos.

A recurring theme throughout the night was love, and Horn playfully led the crowd in a call and response while singing, “I love myself” in her beautiful tone. After charging through a set of jazz standards, Horn ended with another plea for love, “Lift Every Voice and Sing/Moanin'.” It was my favorite performance of the night and I related to the words of the medley. As Horn asked for participation from the crowd, I suddenly sang out loudly. During the last minutes of the song, Horn made sure she emphasized every note and phrase while she told everyone to spread love, peace, and unity in society.

While we’ve certainly heard these ideologies shared many times in the past year, Horn added to the movement via her passionate delivery. Whether she’s scatting with the sounds of a trumpet or fluttering through phrases with the precision of a butterfly, you feel Horn's message and marvel at her sound. Though she’s just getting started, Jazzmeia Horn is here to stay.