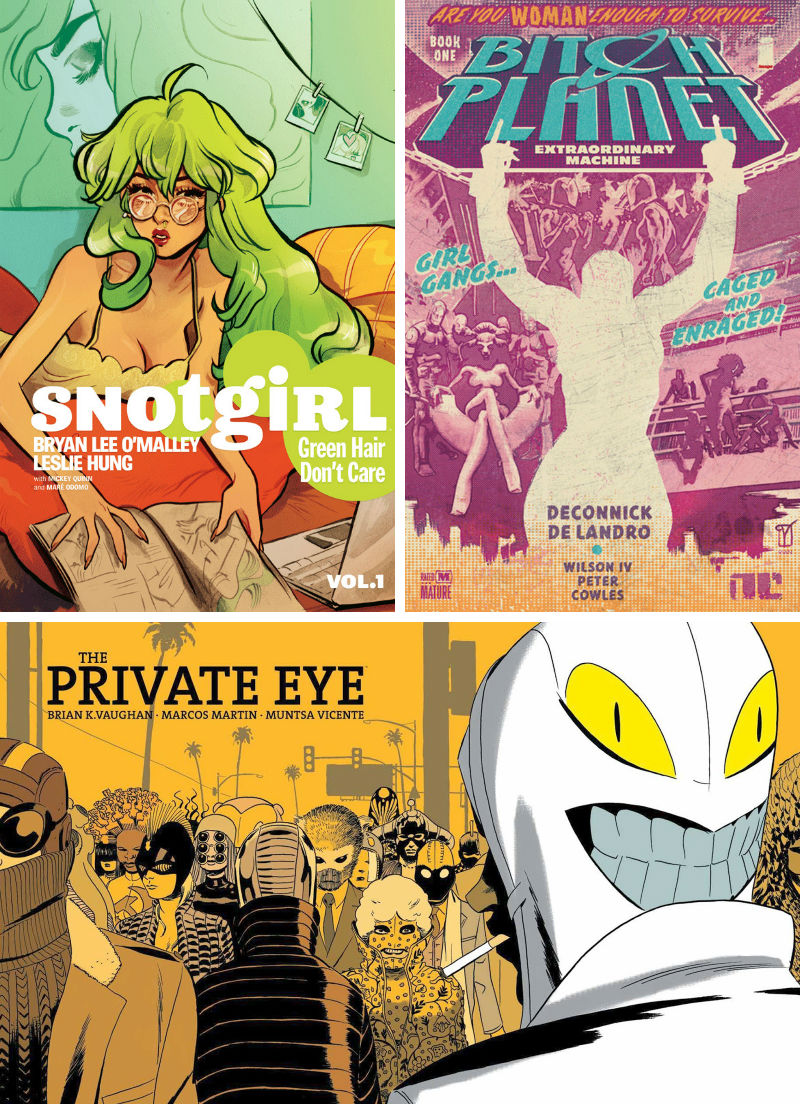 UMMA's exhibit Art in the Age of the Internet, 1989 to Today tracks the impact of the web on visual art over the past 30 years. While comic books aren't represented in the exhibit, it is a visual art form that has been radically modified over the past three decades by digital culture.

Inspired by the exhibit, UMMA and Vault of Midnight - Ann Arbor are combining forces for a new comic book club: "The Age of the Internet in Comic Books and Graphic Novels." Vault of Midnight will host the meetups once a month in its Ultralounge, all of which are on a Sunday at 2 pm.

The series will include the following titles:

FEBRUARY 17:
SNOT GIRL, VOL. 1 (IMAGE COMICS, 2017)
BRIAN O'MALLEY & LESLIE HUNG
Lottie Person is a glamorous fashion blogger living her best life -- at least that’s what she wants you to think. The truth is, her friends are terrible people, her boyfriend traded her up for someone younger, her allergies are out of control, and she may or may not have killed somebody!

MARCH 10:
BITCH PLANET, VOL. 1 (IMAGE COMICS, 2015)
KELLY SUE DECONNICK AND VALENTINE DE LANDRO
A few years down the road in the wrong direction, a woman's failure to comply with her patriarchal overlords results in exile to the meanest penal planet in the galaxy.

UMMA is also offering special tours of Art in the Age of the Internet, 1989 to Today for the comic book club (and for anyone else who'd like to join) at 2 pm on February 2 and March 30. The tour begins at the UMMA store.