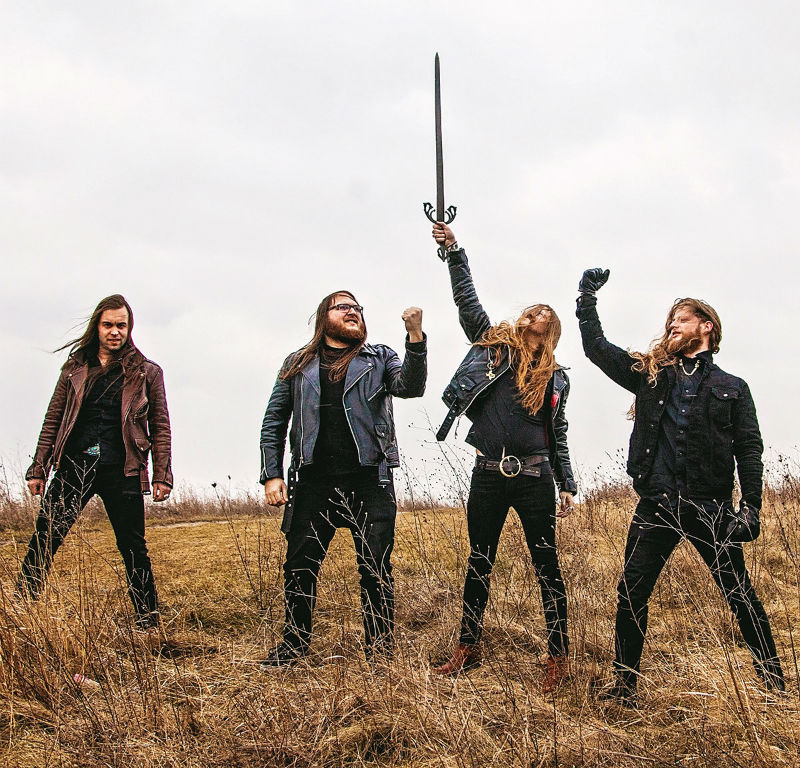 After six years of glorious noise, one wouldn’t be wrong to think of Fuzz Fest as an Ann Arbor institution -- if using that word for a celebration of Michigan’s loudest and weirdest metal/punk/psychedelic artists didn’t seem so incongruous.

Once again invading the Blind Pig with a sea of denim and leather, Fuzz Fest 6 serves as an important convention for those with calloused eardrums and dilated pupils -- or anyone who seeks out the musically extreme.

The lineup is 33 bands strong, spans a number of genres and represents more decibels than most responsible adults can consume over the course of three days, but here are a few highlights based solely on this reporter’s particularly coarse tastes.

ZZVAVA
Thursday, 11:15 pm
Debuting just last year and already tying up the loose ends on their second album, local eclectics Zzvava (pronounced just like it’s spelled) take a playful approach to their genre-chewing, with an animated stage presence that belies the musical sophistication at work. Their 2018 album, #Mutable Moons#, betrays some schizophrenic tendencies, which might be expected from a band composed of four songwriters. The tone slips and slides between upbeat power-pop and shoegazing psychedelia, taking detours into girl-group Spectorisms, brawling garage rock shout-alongs, and caveman stoner riffing along the way. Even the sweetest moments fizz with out-of-control distorto-guitar workouts, proving that Zzvava are always happy to careen into Big Muff cacophony -- and thus are perfect for Fuzz Fest.

MIDAS
Friday, 11:15 pm
The resurrection and rehabilitation of forgotten genres is a rock 'n' roll phenomenon at least as old as Sha Na Na, and with the future as bleak as it has been lately, it’s no wonder the youth of today would want to look back. Midas revives the corpse of 1980s power metal with nothing more than modern electricity and the youthful certainty that what they’ve discovered is somehow new, but they are utterly triumphant in this sacred quest. Iron Maiden/Judas Priest-level guitar heroics provide dramatic settings for lyrics concerning swords, fighting with swords and reckoning with that which swords have wrought -- in other words, life itself.

TEMPLE OF THE FUZZ WITCH
Friday, 12:15 am
Blackened doom metal from the tar pits of Detroit. Despite the infernal moniker, there is no direct evidence that Temple of the Fuzz Witch worships Satan, but their discography certainly indicates a passing familiarity with the Great Deceiver’s social circle. This is creepy, cobwebbed blues for head-banging obsessives, ancient riffs dripping with messy distortion so thick with volume that even the lowest levels can disrupt plant growth and disorient otherwise virtuous souls.

BUBAK
Friday, 12:45 am
Two-piece bands might have gone out with the flip phone, but time means nothing when you’re an immortal Czechoslovakian scarecrow hunting the souls of lost children. Everyone knows I’m talking about a bubak, the namesake of this Ypsi-based monstrosity, just two men on drums and bass pummeling out a bloody, bare-knuckled racket as crusty and speedy as your average-sized band of crusty speedfreaks. Song titles like “Space Weed” and “Shroomivore” suggest possible inspirations outside of Eastern European folklore (gardening, probably), but whatever they’re bellowing about, of the entire Fuzz Fest lineup, Bubak remains the most likely to take a life.

THE AMINO ACIDS
Saturday, 1:15 am
How is that 1960s surf music proved to be the freakiest of all rock 'n' roll subgenres? Must be that brief glimpse of eternity one experiences while riding the perfect wave, seconds stretching out like hours as man and nature dance in transcendent tandem, a state of zen that can only be expressed musically with cheap tremolo pedals and Japanese Stratocasters. Detroit surf aliens The Amino Acids close Fuzz Fest 6, and their thrashed-out theremin-crazed antics are sure to destroy any patrons still standing after three days of punishment. These SubGeniuses bring the treble with extreme prejudice, combining the danceable frat rock of yesteryear with the existential truth/horror that even if mankind is surrounded by extraterrestrial life we remain, sadly, utterly alone. If you only see one masked sci-fi themed instrumental surf rock band this year, make it this one.