Never-Ending Greatness: Bob Dylan and His Band at Hill Auditorium 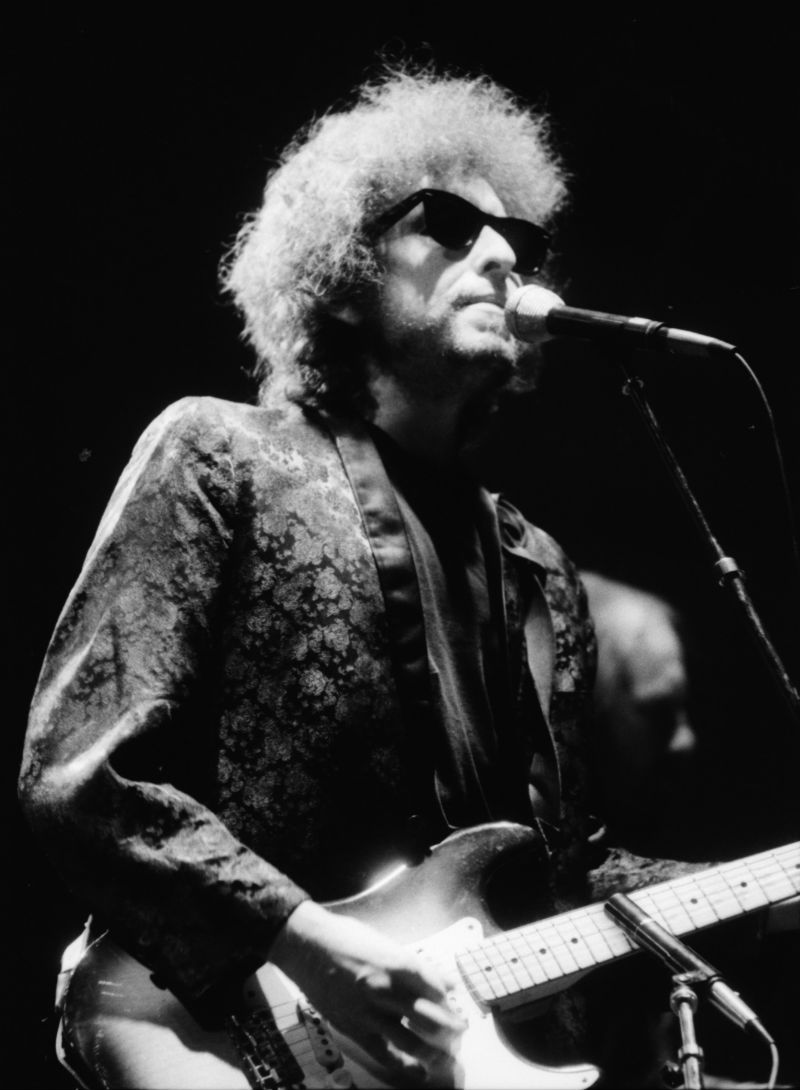 Because no photographers are allowed at his concerts now, here's Bob Dylan at Hill Auditorium in November 1981. Photo by Robert Chase.

On November 6, Bob Dylan visited Hill Auditorium for the 7th time as part of his Never Ending Tour -- 57.5 years after his initial performance in Ann Arbor on April 22, 1962.

The Pulp feature "Highway I-94, M-14 & US-23 Revisted: A Comprehensive History of Bob Dylan in Ann Arbor" noted that this was the legend's 12th concert in town. But unlike his early shows here, which were marked by banter with and by the audience, Dylan's most recent show at Hill Auditorium was defined by his longtime approach to performing: he did not once address the audience verbally, instead only interacting through the music.

Dylan is also known for running a tight show and never smiling. In keeping with this reputation, the show promptly started at 8 pm without an opener -- though I occasionally caught Dylan smiling or laughing at the crowd’s enthusiastic response to his performance.

Additionally, no photography, recording, video, or other media were allowed in the auditorium, and this rule was strictly enforced. Ushers warned visitors as we were seated that we should not engage with our phones at all over the evening and instead enjoy the atmosphere. As the performance began, an announcement also informed the audience that no photography or recording would be tolerated -- and if caught, audience members would be escorted out of the theater. As it turns out, this happened at a higher frequency than I could have anticipated, even among the non-Millennial crowd. Numerous flashes populated the dark theater throughout the slightly less than two-hour performance.

For a while now, Dylan’s voice has come under some criticism, such as in the 2006 Guardian article in which he was referred to as “Neverending road Bob” with “a voice like a rheumatic frog and unrecognisable arrangements.” If rheumatic frog Bob ever existed, he was nowhere to be found at Hill Auditorium. Instead, Dylan's voice was rich, resonant, and unquestionably recognizable, as were the songs, lyrics, and expertly performed arrangements. As if these aspects alone were not enough to make the night enjoyable, Dylan played his harmonica multiple times and the audience seemed to collectively hold its breath and feel every note he played.

Dylan has never been one to shy away from changing his musical style or peppering his sets with unexpected songs. He demonstrated this at Hill with a wide range of tunes from every decade of his career. Dylan began with “Things Have Changed,” a bold start to the night and an appropriate one. Because Dylan’s career has spanned nearly six decades -- producing 38 studio albums and numerous bootlegs, live recordings, and box sets -- his oeuvre is varied and shifting, from his unique take on traditional American folk or his iconic talking blues to his notorious Christmas album. Other highlights from the set included "Highway 61 Revisited," "Girl From the North Country," "Simple Twist of Fate," and the encore performance of "Ballad of a Thin Man." (Full setlist is here.)

Atmosphere was a crucial element for the show. The stage was visually intriguing, reminiscent of a theatrical setting or a high-end department store in the 1960s, with three well-dressed mannequins behind the band. In front of the red curtain, two female mannequins wore sequined dresses and flanked the stage, while a male mannequin stood at the center. In front of this backdrop, the band set-up was enhanced by expert lighting effects, which were mostly dramatic and dim, reminiscent of a theater setting. In between songs, the lights went down and came back up when the next song began. These brief intermissions further enhanced the theatricality of the experience. In a further act of aestheticism, the band wore matching slate gray tuxedos with glittery lapels, while Dylan wore a black suit with tastefully sparkling decals.

The concert was a lively experience, with both unexpected phone drama in the crowd and an engaging performance by Bob Dylan and His Band. In a time where almost everyone has a phone glued to their person, it was refreshing to experience a night without (almost) technology distracting me from the music. It would be unsurprising if a bootleg of the performance made its way to the internet, as they so often do.

Ann Arbor has not grown tired of Dylan's Never Ending Tour and will welcome him back for his 13th concert here whenever he decides to return.