Art in the Time of Coronavirus: Washtenaw galleries and museums offer virtual visits 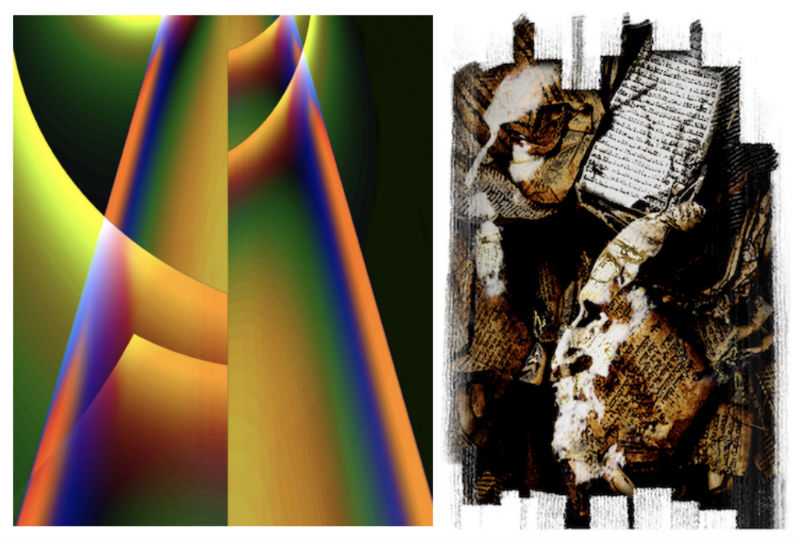 If you'e looking to indulge your quarantined senses with virtual art, Google has collaborated with more than 500 galleries and museums to digitize their collections through the megacorp's Arts & Culture’s collection. The only Washtenaw space to partner with Google is the University of Michigan Museum of Art, leaving smaller galleries and museums to figure out if they have the bandwidth -- human resources and digitally -- to post virtual exhibits of their permanent collections or canceled exhibits.

Here's what we found so far:

Kerrytown Concert House
Miriam Brysk's Silence and Joy was to run most of March, but the March 12 reception for the 85-year-old Ann Arbor artist was canceled. You can see a large selection of Brysk's multimedia works on her website and read about her fascinating life story:

I was born in Warsaw in 1935. After its occupation by the Nazis, my parents and I escaped to the city of Lida (in what is now Belarus). We came under Nazi rule there in June 1941and confined to the ghetto in September. We barely survived the ghetto massacre of May 1942, in which 80% of the Lida Jews were shot. We later escaped to the Partisans in the forest. My father, a surgeon, established a hospital in the swamps. To protect me from rape, I was turned into a boy and given a pistol of my own on my eighth birthday. We were liberated in June 1944. We then escaped Communism, traveling through central Europe to Italy; from there we came to America in 1947. I had never attended school until then, and I had a hard time adjusting. Despite my early struggles, I ultimately obtained a Ph.D.  from Columbia University in Biological Sciences, and went on to become a professor of dermatology, biochemistry and microbiology at the University of Texas.  After my retirement, I revisited the lands of the Holocaust; while in the Treblinka death camp, I made a pact with God to spend the rest of my life to remember the Holocaust -- through art, music, poetry and books of my story.

Stamps Gallery
In addition to the art gallery being closed, the Penny Stamps Speaker Series was moved online when possible. Dr. Alex Dehgan's March 12 talk, Hacking in the Sixth Extinction, was delivered by livestream, talking about how he and his team at Conservation X Labs "apply science, technology, open innovation, design, and engineering to try to end human-induced extinction and address the planet’s biggest environmental challenges":

And on March 19, Shaka Senghor, author of Writing My Wrongs: Life, Death, and Redemption in an American Prison, spoke to Ashley Lucas, University of Michigan Professor and former Director of the Prison Creative Arts Project.

Prison Creative Arts Project
This annual exhibit by people incarcerated in Michigan was to run March 18-April 1 at U-M's Duderstadt Center, but a March 11 blog post indicates the art will be available to view online. A few pieces have been posted to the project's Facebook page, but there's no single virtual exhibit at the moment.

Gutman Gallery
The Guild of Artists & Artisans recently opened this space on 4th Avenue in Ann Arbor, but with its current and forthcoming exhibitions -- Fleur and POP!, respectively -- being shuttered, the collective has started highlighting member artists on its Facebook page.

UMMA
The University of Michigan Museum of Art had a slew of exhibits both open and prepped for the future. But with everything in doubt, another way to experience UMMA -- in addition through Google's site -- is through the museum's portal The Exchange. Here you can create "virtual exhibitions, presentations, class assignments, image portfolios and personal collections of your favorites, using UMMA objects along with web resources."

Michigan Art Gallery
This Ypsilanti space hosted the terrific Gerome Kamrowski exhibit late last year, which the gallery extended through March. It was prepping for a James C. Harrison show in April and May, and it had prepped a preview page featuring images and this video by featuring works by the Detroit-born modernist painter, who was an acolyte of Cy Twombly and Robert Rauschenberg in New York City before carving out his own place among those legends:

WSG Gallery
Connie Cronenwett's Land and Sky exhibition at Ann Arbor's WSG Gallery was to open March 17. In lieu of that, artist Valerie Mann walked through the exhibit with Cronenwett and learned about some of her techniques.