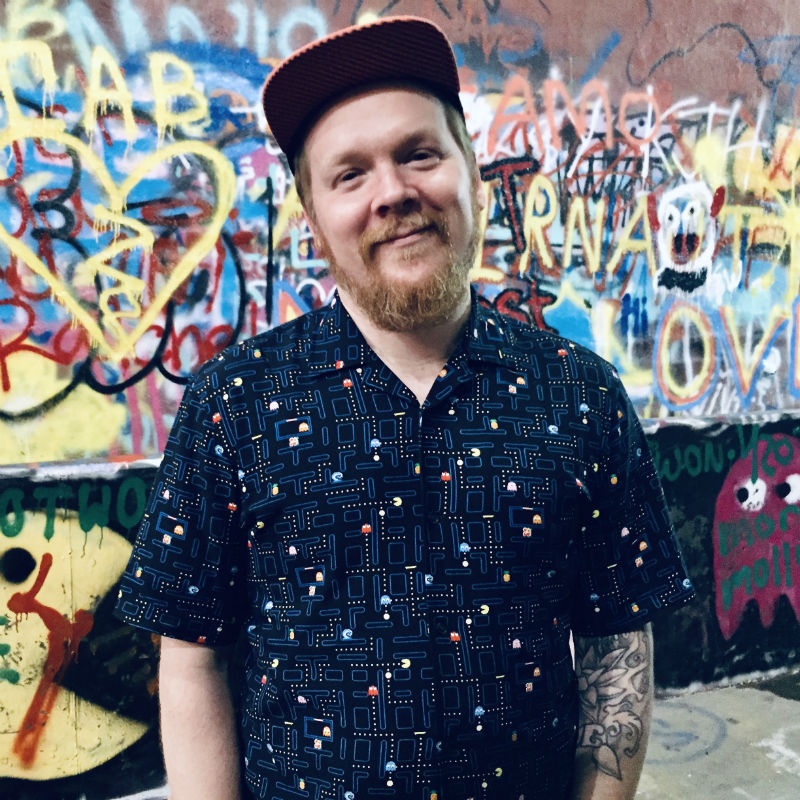 But in the hands of Jared Van Eck, a recent Michigan winter day was turned into beautiful art.

Van Eck, who's the technical director for the Michigan Theater Foundation, grabbed his fiancée's iPhone 11 Pro Max and a gimbal on that day, went to a west-side Ann Arbor nature preserve, and filmed the snow falling on fields, trees, and a pond. He edited the footage together, added some subtle effects, and composed a dreamy score on his iPad using the Cubasis and Korg Gadget apps.

The result is The Motions of Stillness, a lovely black-and-white, 60-minute meditation on nature.

The film is available to view for $3 via the Michigan Theater's virtual screening room or free for members.

I asked Van Eck about the inspiration for the project, his soundtrack, and some of his influences.

Q: Tell us about making the film. Was your decision to make the movie spontaneous, or had you seen the weather report and planned it out a bit -- scouted locations, etc.?
A: The decision to film was very much spontaneous. That morning when I saw all the snow falling, my first thought was that I was being given an opportunity from both the snowstorm and the stay-at-home order to really capture the stillness outside. Like, you could go stand in the middle of the street and it would take some time before you would see people or a car pass by. My fiancée had just upgraded to an iPhone 11 Pro Max, so I grabbed that and our gimbal and headed out. I remember thinking that I wasn’t going to make it back for our virtual staff meeting but I did.

As for location, my fiancée and I started taking daily walks around our neighborhood as soon as we started working from home. With wanting to social distance, we pretty quickly started exploring all the wonderful nature preserves tucked around the west side of Ann Arbor. We both love being in nature and yet somehow we had always been “too busy” to really wander around the wooded areas that pretty much surround our neighborhood. I became really mindful of this and that was a big part of the urge to get outside and film the stillness I was seeing. At that point in April and Covid, people really weren’t leaving their homes and walking around yet. So many of us were feeling afraid to be outside. 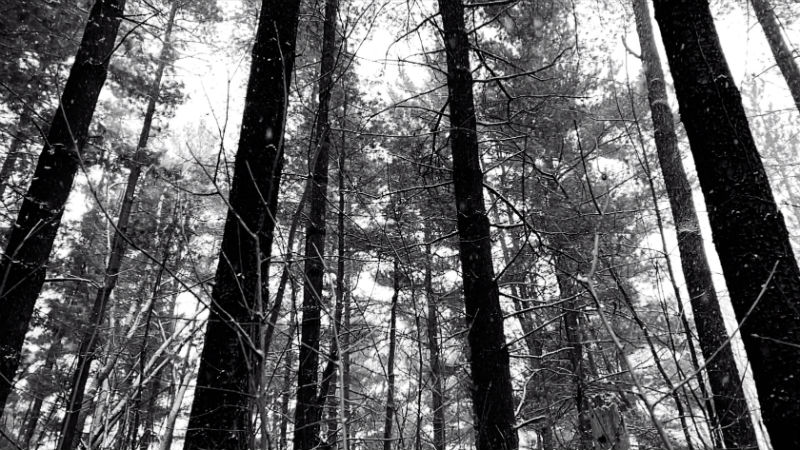 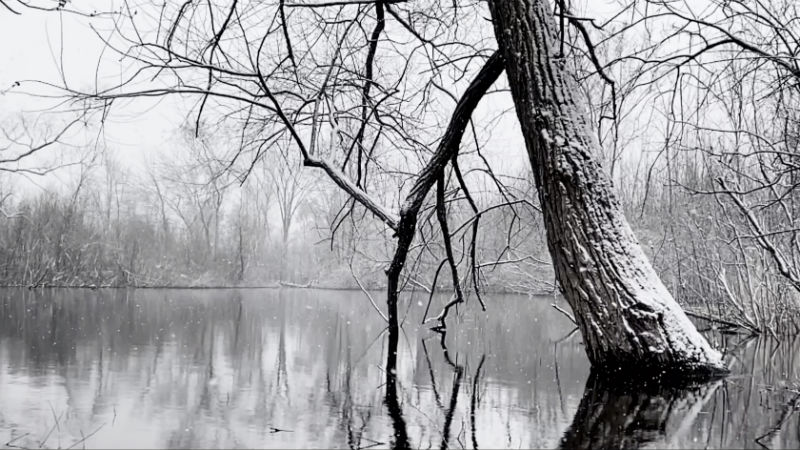 Q: Were there other ambient films that inspired you? Something like Brian Eno's Thursday Afternoon or Mistaken Memories of Mediaeval Manhattan, or perhaps environmental films?
A: I love Brian Eno, and he’s definitely been a source of inspiration for me. I actually haven’t seen either of those films and am so glad you mentioned them – thanks! 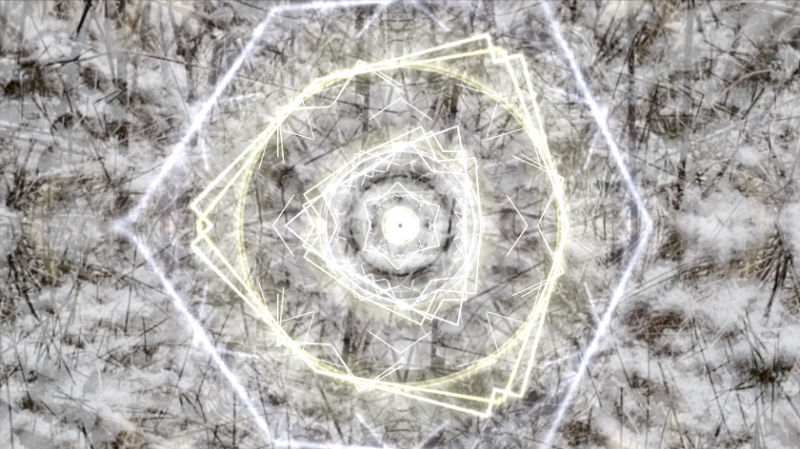 Q: How did you go about composing the music? Did you do it while watching footage, or was it music you had made previously and decided to add the visual element? Any other musicians you looked to for inspiration?
A: I did not use any of my previous recordings for the film, although I thought about it at first because the turnaround from filming to debuting it was pretty quick. The first thing I did was edit my video clips, many of which started out as 1- to 3-minute clips, which I then slowed down, or in some cases sped up. I then composed to the scenes and continued working with both the sound and film. Initially, I was going to remove the bird sounds that I picked up during recording, as the film itself doesn’t visually show any birds, but when I was editing the pace of the clips I realized that the sounds from the birds talking added so much. I was like “WHAT! This sounds AWESOME!,” almost like whales or some underwater creatures. So I left them in and it was another aspect that I blended in with my music.

For this film, I was really feeling inspiration from lots of places, not just musicians -- filmmaker Chris Cunningham, public domain 16mm nature films, many of the films that I’ve seen from the projection booth during the Ann Arbor Film Festivals, regular walks, finding ways to feel peaceful in scary times, etc.

Q: What are some other films you've made and where can we see them? What's up next for you as an artist?
A: I’m constantly been creating and writing music in my home studio but, with my work as the theater’s technical director, it’s been more of a hobby these past few years. Something that I’m definitely hoping to change in the near future.

In 2017, I created an electronic score for the 1927 silent film Metropolis that I played through a MIDI controller that was connected to the theater’s 1927 Barton Organ. It was one of the first times that such a digital interface was used with one of these historic instruments and I received amazing responses after both performances. You can see a short [clip] of me demonstrating the technology on the Michigan Theaters Vimeo page. I was going to demonstrate this MIDI set-up at the national organ conference that was going to be held on campus and at the theater this year and hold a few public performances, but with COVID it looks like this will have to wait a bit longer. Hopefully, we will record the performance this time.

Last year, I did a DJ set for the Ann Arbor Film Festival focused entirely on the obscure world of Italian library music of the '70s. Look it up! It’s music you don’t know but will most likely recognize being sampled in so much other music. Definitely one of my obsessions and I look for these records everywhere I go. 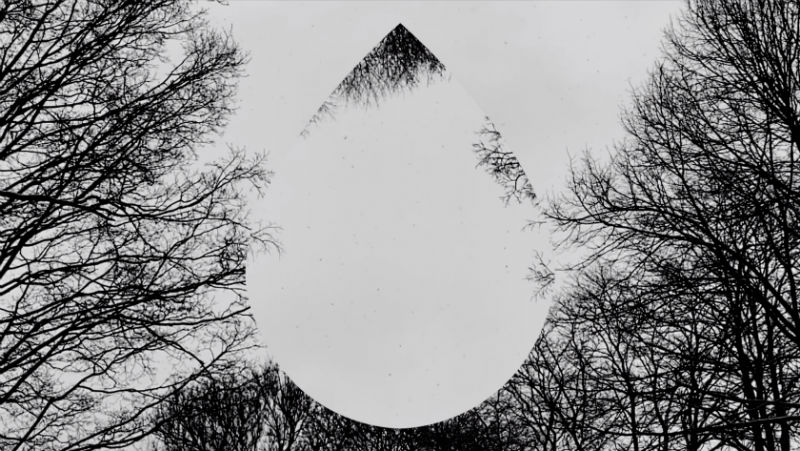 Q: How long will the film be available on the Michigan Theater website? And where might it be viewable after?
A: We actually are going to leave it up for purchase ($3, free to our members) as part of our new MTF Originals programming. This in-house production of original programming from our staff is something really cool that has come from this shift to being a virtual theater. I’m so appreciative of the entire staff of the Michigan Theater Foundation. They are incredibly supportive and I really couldn’t thank them enough. I think it really says a lot that, during this pandemic and uncertainty, my bosses and coworkers were instantly supportive and like, “Yeah you should totally make a movie!”

I also want to say thank you for reaching out. Folks out there reading this. You can be creative anywhere. I made this entire film and scored it just using an iPhone, iPad, and MacBook. Use this time to be inspired. We are hitting the reset button on life right now. Peace and love.

The Motions of Stillness is available to view for $3 via the Michigan Theater's virtual screening room or free for members. You can hear more of Van Eck's music, which he makes under the name microluv, on his Soundcloud page.

A little late to viewing…

A little late to viewing this film, but which western preserve was filmed? Looks like Dolph Park?