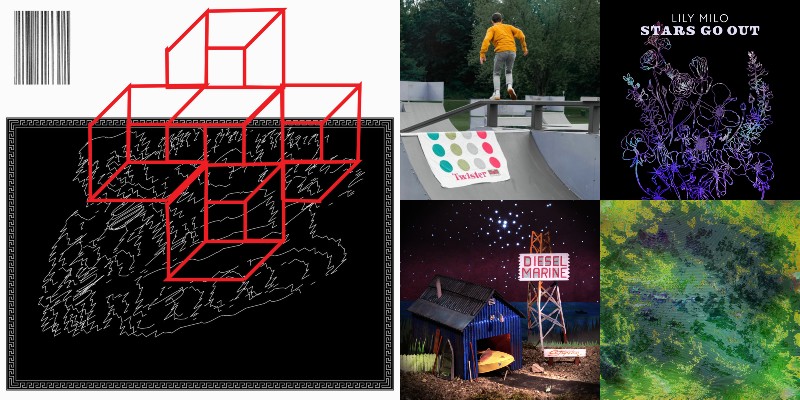 JTC, "All Clans Shortcast Era"
Ann Arbor's Tadd Mullinix scheduled five digital singles for 2020 under his techno guise JTC and this is the third. Spin this in the Nectarine Ballroom in your brain.

The Kelseys, "I'm Falling"
Like Mullinex (and Fred Thomas and few others), the Ann Arbor pop trio The Kelseys seem to appear on these pages every (other) week because they're so prolific. This single has a bit more of an electronic feel to it, which recalls singer Peter Kwitny's solo project KWITNY.

Diesel Marine, Staycation
Staycation, visual artist Dylan Strzynski's instrumental album as Diesel Marine, was recorded in his Dexter basement, building the songs up by layering live instruments one by one. This is soundtrack music for when you roll the windows down, turn the heater up, and take a dusk drive through rural Washtenaw.