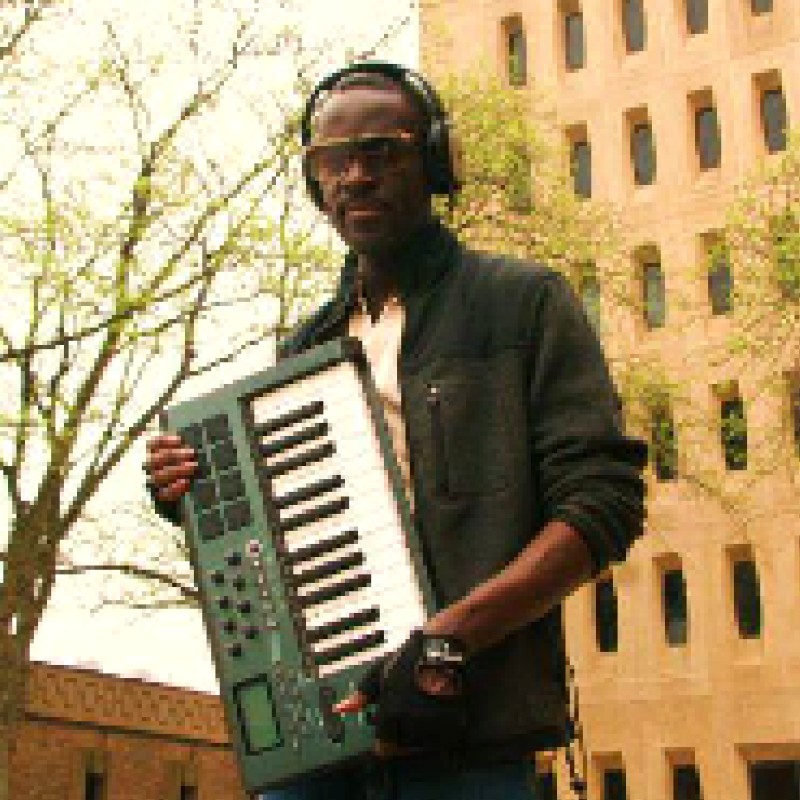 "I started to get into '80s music and sounds in the mid-late 2000s whilst still making hip-hop," he said in an email interview. "I started adding more synth sounds starting around 2005, and was working with some friends on an '80s[-style] hip-hop album in 2007."

Sakyi has been cranking out music ever since, offering numerous singles, EPs, albums, and mixes on his Bandcamp, Soundcloud, and Mixcloud pages. He also made MEGA [Intro Sample Pack], a five-song EP—accompanied by 50 downloadable samples—based on the Sega Genesis YM2612 soundchip.

"For anyone who has played the Sega Genesis, you'll notice that the sounds made on the game console sound distinctly different from that of the rival Super Nintendo," Sakyi said. "The reason for this is the soundchip that was used to produce the sounds. Everything that you hear in a retro video game, from the music to the sound effects, are created with the chip."

Sakyi's latest full-length, Designing the Future, toys with the tenants of vaporwave, which Sakyi says is a "fascinating 'post-internet' genre, started in the late '00s and early 2010s. It takes the greatest '80s/'90s smooth jazz and Muzak, slows it down and makes it dreamy, psychedelic, and ethereal. At times it's a tongue-in-cheek commentary on hyperconsumerism and capitalism."

Sakyi chalks up the rise of vaporwave to a "Millennial/Gen Z nostalgic response to a time period they didn't get a chance to experience. For myself being a Xennial, I do remember these sounds from my childhood days. I've noticed that the retrowave and synthwave artists tend be closer to my age, and they are just re-creating the music they heard growing up."

Most of Sakyi's music leans toward retrowave aka synthwave—think 1980s action-movie soundtracks—and there's a lot of that in Designing the Future even if the action it evokes is typing BASIC code on a Commodore 64. The album's Bandcamp page states, "This concept album is a journey into the sonic landscape of the childhood memories of Kawsaki." The song titles evoke an era when everything we take for granted now was a cutting-edge innovation then: "The Wonderful World of MIDI," "Infinite Keyboard Training Loop," "Internet Safari Browser," "Intro to the Internet (Closing Credits)," etc. 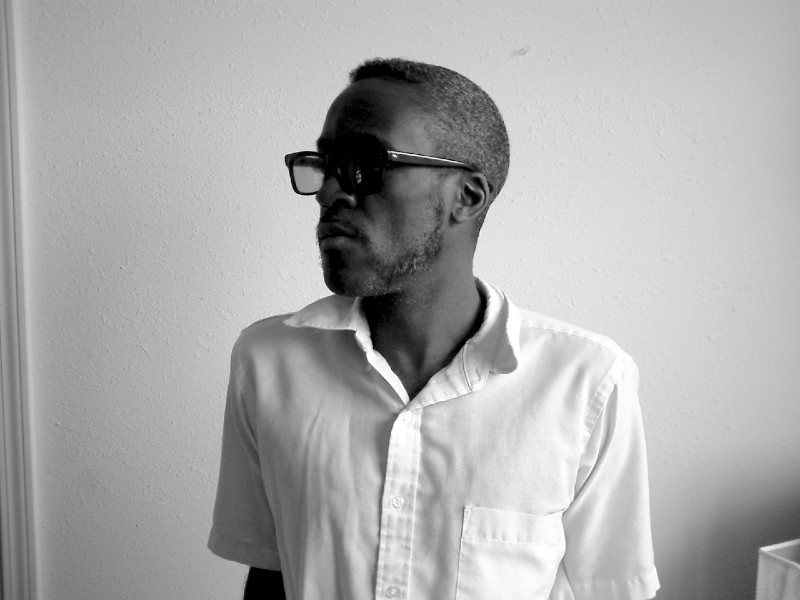 Then there's the fascinating mash-up "NYE 1979," which is a winking homage to hit songs from that era.

"The first version of 'New Year's Eve 1979' I created back in 2009, and I had hoped to release it that year," Sakyi said. "I figured it would be a sort of commemoration of the cool songs that I like from that period. Unfortunately, my perfectionist self got in the way and I ended up not finishing it. The early version just had the drum section and my voice Vocodered, and a few Reason synth patches. As the 2010s progressed, I made a few versions of the song, including the one that has all the references to other songs from 1978/'79. Then the track sat on the shelf for several years and in 2019 I rediscovered it. At the time, I still didn't know what I could do to finish the track. Finally, in late 2020, I decided that I needed to add more Vaporwave elements to it like vocals and vinyl/tape fuzz and that made 'NYE 1979' what it is today."

While Sakyi is devoted to retro sounds, don't think his studio is crammed with cranky old keyboards. He relies on a computer with Virtual Studio Technology (VST) plug-ins, which allow artists to re-create sounds from any era or instrument, and a digital audio workstation (DAW), which mimics a recording studio inside your computer.

"When I first started making music in 8th grade [1997/98], it was MIDI keyboard production with a '90s DAW sequencer," Sakyi said. "I used to dub all the songs to tape at school and go home to listen to them on the boom box. In the 2000s, I started using Acid, Reason, and Fruity Loops [computer programs]. I got a MIDI controller interface in 2005 and started both using Reason to compose, and Acid to record and edit vocals. In the late 2000s, a friend of mine gave me his Roland Juno 6 and I started composing tracks with that. Throughout the 2010s though, I've been using mainly a mix of VSTs, and samples/sample packs. I often would still compose with the MIDI controller, but around the time that I made the tracks for [2020's] Cool Vibes [album], it became a mix of hand-playing and mouse-click producing."

"Hand-playing and mouse-click producing" allows Sakyi to create music that is both locked into the MIDI clock and fluctuating from human interaction, simultaneously toying with time while being forced to adhere to it.

When asking Sakyi about the influence of anime on vaporwave, I mistakenly used the genre name interchangeably with retrowave/future funk/etc. In his answer, Sakyi gave a quick breakdown of the various micro-genres within these backward-looking music takes on futurism.

Actually, I should clear some things up in terms of the vaporwave "a e s t h e t i c s." Classic vaporwave is big on corporate imagery and abstract shapes—think '90s textbooks. Seapunk, which is a cultural offshoot, uses a lot of dolphin art and 3D floating objects. Mallsoft focuses more on the idea of a Mega Mall Consumer Paradise. Vaportrap is exactly what it sounds like [vaporwave and beats from trap-style hip-hop]. Soft grunge is what all the Gen Z high school girls who look like Alicia Silverstone from Clueless are.

And future funk, my favorite, is the anime-loving, hybrid of Afro-American funk with Japanese city pop. It's like a form of upbeat disco house a la Daft Punk, but with far more chops, filters, and stutters My album Party Rush was a first attempt at making this genre. My upcoming album City Funk is my attempt at perfecting my take on it.