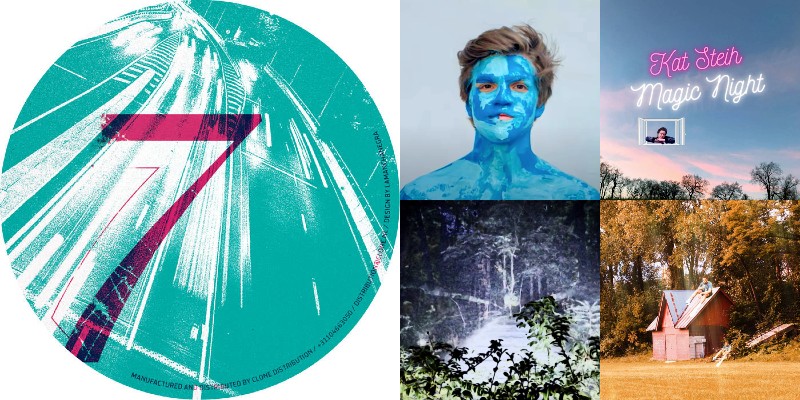 This week features ambient-tinged techno from John Beltran, guitar pop from The Kelseys, jazzy pop from Kat Steih, and electronica from Exjx and Othercast.

John Beltran, The Highway EP
Ann Arbor's John Beltran has been steadily releasing melodic techno earworms since his first single in 1993, working with a variety of seminal electronica labels such as Carl Craig's Retroactive, Ubiquity, and R&S Records. The first two songs on The Highway EP are built for the dancefloor—or a long road trip—while the third song, "Thank Goodness I Found You," and its ambient remix are headphone-listening beauties.

The Kelseys, "Pedestrian" single
Ann Arbor pop trio The Kelseys continues their monthly single release series with another solid song filled with guitar hooks, a pulsating beat, and nicely layered vocals on the chorus. The past year has seen the band put out an LP's worth of catchy songs, often accompanied by entertaining, full-fledged videos. When's the album pre-order starting, guys?

Kat Steih, "secret magicnight"
While we could enjoy this Ann Arbor singer's voice on last year's self-titled album by Dr. Pete Larson and his Cytotoxic Nyatiti Band, this song is the first release under her own name since 2019's Hymns of the Huron. The all-lowercase and squished together "secret magicnight" has a bossa nova tinge and jazzy vibe while still working as a catchy pop song.

Exjx, Words Fail Music Speaks two-song single
The debut release by this Ypsi producer who makes hip-hop steeped electronic music à la King Britt but with a slight distortion that may or may not be intentional.

Othercast, Cult of the Circle Dance (mix 1)
This glitchy, laid-back, sometimes spooky 20-song album by Ann Arbor producer Othercast has elements of IDM, ambient, and even a bit of acid jazz.